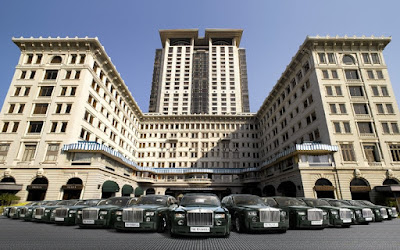 The Peninsula Hong Kong Rolls Royce Fleet. Image Supplied
Ever since it opened its doors on December 11, 1928, The Peninsula Hong Kong has been welcoming the rich and famous from around the world. In a modern city ‘bejewelled and bedazzled’ by contemporary architecture, ‘The Pen’s’ sedate 1920s style had endured to become an internationally known and loved landmark; and thousands of visitors to Hong Kong have walked through its famous lobby, or stopped for their famous traditional afternoon tea. The last time I was in Hong Kong, I planned to do just that but time ran out – or, if I’m truly honest, the money ran out. Now there is something else to look forward to…….. as of December 6th The Peninsula opens its super-chic ‘Shanghai Deco’ style lounge, Salon de Ning – a sumptuous spot that is set to become one of Hong Kong’s most-talked-about new bars.......... 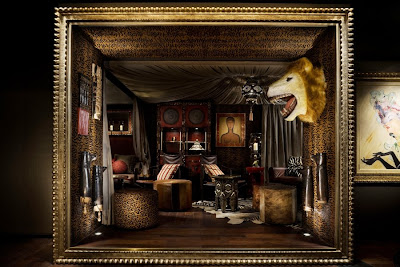 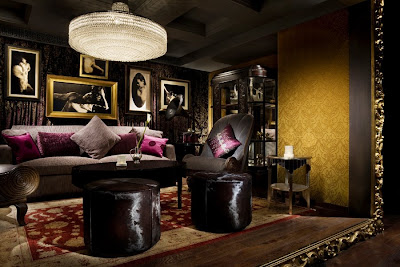 Inspired by the 1930s Shanghai socialite, world traveller and international hostess, “Madame Ning,” who presided over salons in her eclectic residences around the world, Salon de Ning is a seductive, intimate fusion of east and west, antique and modern.

From the Moroccan lanterns, wood-carved ostrich sculpture to lions’ heads and leopard skin-look walls of L’Afrique Room to the sultry glamour of the Bailar Room and the sexy intimacy of the Boudoir Room with its Lalique crystal door handles, Salon de Ning has something for everyone. There’s even – rather surprisingly - a Ski Room which pays homage to Swiss Chalet style. All are designed by Henry Leung, the Hong Kong-based design director of Chhada, Siembieda, Leung Limited; and all are framed by giant gilt picture frames, giving visitors the illusion of walking into a photograph.

I think all this calls for a change of plans ….I’ll definitely be shelving the idea of afternoon tea. I rather fancy Salon de Ning as a decadent alternative...... I can just see myself lolling about in a room lined with 'leopard skin' being waited on by staff in chic uniforms custommade by Hong Kong fashion designer, Ranee Kwok.

PS: And let's not forget the light refreshments!

Posted by Adrienne Rewi at 1:45 PM