Of Mills and Silos 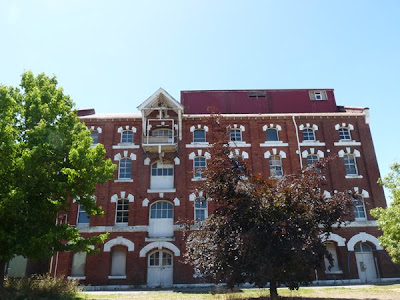 It’s true that throughout New Zealand many fine old buildings have been demolished, that much of our architectural history (short as it may be) has been obliterated. That said, many fine examples remain excellent condition and many more are being restored. One set of Christchurch buildings that always stand out for me – for a number of reasons – is Wood’s Mill in Addington. Ever since I came to Christchurch (almost 20 years ago), I have been intrigued by it and I’ve watched a number of attempts to give it new life falter miserably. The main complex (above) was designed by Christchurch architect J.C. Maddison (1850-1923) and was officially opened in 1891. William Densley Wood had founded Wood Brothers Limited, Mills & Grain Merchants back in 1856 and the above structure was a follow-on from his original mill in Riccarton. 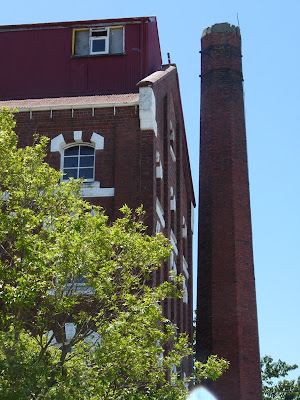 In 1891 the flour mill was powered by steam, lit by electricity and serviced by the railway line it sits beside. Architects Sidney and Alfred Luttrell were commissioned to design a major extension in 1913 – the tall, brick grain silo (pictured below); and storage buildings (also below) were added in 1924. By 1936, Wood’s Mill had the largest output of flour in the South Island – 33 sacks per hour. Wood Brothers sold the mill in 1970 after four generations of the family had contributed 114 years of history to the city. 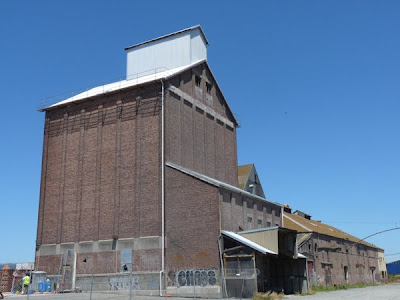 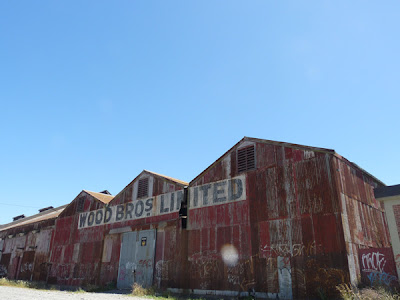 Since then, it has been through a number of ownerships, all of them starting off with grand restoration schemes that have, for the most part, faltered. The complex – or parts of it - has been used as a gymnasium, an exhibition space, a home to small businesses, a bakery and a theatre company. There was also a plan, in 1989, to convert it into a film and television production village for the South Island (which never got off the ground); and there have been at least three attempts to converts parts of the complex into apartments. One or two of these have succeeded in part. Four apartments were created initially and in 1993 another owner added another ten apartments. I’m not sure if these are occupied or not. When I drove by to take these photographs last week the place looked empty and abandoned. Certainly, if there is anyone living there they are keeping a low profile. Oh to have the money to do something spectacular with a handsome set of structures like these.
Posted by Adrienne Rewi at 3:00 AM