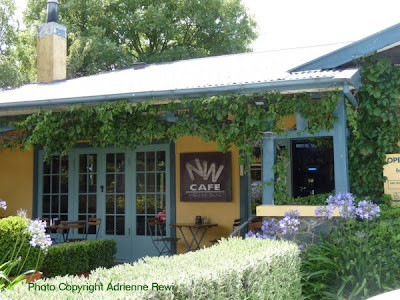 The giant Phoenix palm outside the yellow ochre, 1928 bungalow beside State Highway 1 in Amberley, North Canterbury, is famous. Not so much for being a giant Phoenix palm, as being an easily recognised marker for the much-awarded Nor'Wester Cafe. Back when owners Tim and Trish Coleman first opened its doors in 1997, the Nor'Wester was something of a sensation. It was one of the first decent cafes in the Amberley-Waipara area and predictably, it took off. 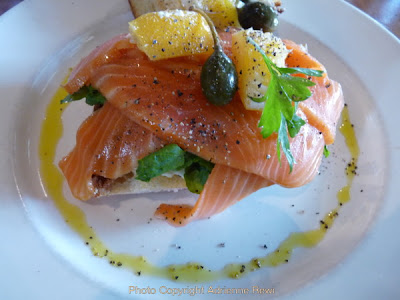 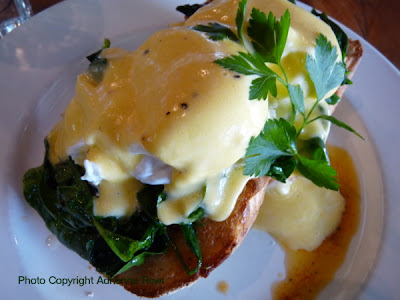 I called in there for breakfast with friends on a recent trip north, to Hanmer Springs. Located just 25 minutes or so north of Christchurch on the main highway, it's perfectly placed for the first stop and if you strike a fine morning, there's nothing nicer than a warm, alfresco breakfast among the lavender and agapathus. Like just about every other restaurant and cafe I've ever set foot in, up and down the country, they make a big deal out of using fresh, local ingredients but I'm prepared to forgive them the cliche because in this case it's true - and it tastes like it. Their brunch meals are beautifully presented and tasty with it. See for yourself above. We pigged out on Smoked salmon, caper berries, preserved lemon, cream cheese, rocket and toasted whole-grain cabatta (top); and Eggs Benedict with spinach (lower image). 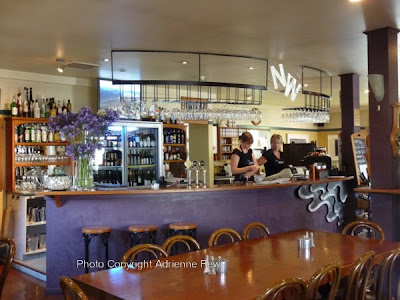 The Nor'Wester is open every day and from start to finish the menu is filled with temptations. Parmesan dumplings, prawn cutlets, sticky pork belly with soba noodles and coconut and pomegranate panna cotta with pineapple marmalade are so far removed from the old home's former life as the town's medical centre, it's almost laughable. Some in our party that day, are regulars at the Nor'Wester and so enamoured are they of its chocolate desserts, that we were all talked into trying one - for breakfast. I can think of worse fates. And I will be back to show you the photographic proof that a chocolate dessert at the Nor'Wester is a thing well remembered. www.norwestercafe.co.nz
Posted by Adrienne Rewi at 3:04 AM