Seeing Out a Dramatic Year 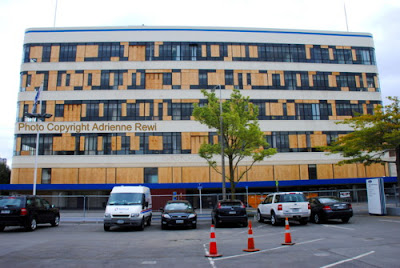 The Old Christchurch﻿ City Council Building, Tuam Street.
In August, I went away to Australia for two months to escape the earthquakes and their all-pervading intrusion into my life. When I got home, everyone reported there had hardly been any shakes; but on my first night home there was a 5.5 mag after shock. I was so dazed and removed I never even rose from the sofa. And since then, there has barely been a tremor we’ve felt. Like many people here, I thought the quakes were all over.

Cnr High & Tuam Streets
On December 22, I left Christchurch bound for Australia again and on December 23, the city was hit by a cluster of nasty aftershocks that once again set everyone on edge. I was only away a week and since I’ve been home, there have been several aftershocks over 4 magnitude and suddenly I’m carrying my cellphone from room to room again and making sure there are torches in handy places each night – just in case. And I’ve moved chairs away from the dining table so I can slide quickly beneath if I need to. 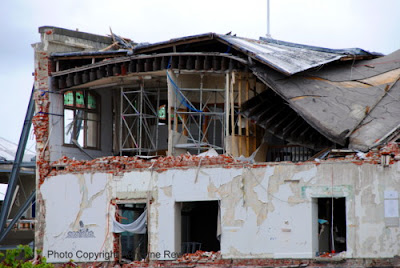 Tuam Street - The west side of McKenzie & Willis Building.
To some, that may seem a little melodramatic; to anyone living in Christchurch, it is bound to make sense – if only because very little else does. Every time we have relaxed our guard in the last year, we’ve been bombarded with aftershocks all over again. From Boxing Day 2010 to February 22, 2011 and June 13, 2011 – and now December 23, 2011 – we’ve all assumed that the decrease in aftershock activity has been the beginning of a very welcome end. We’ve all been proven wrong. 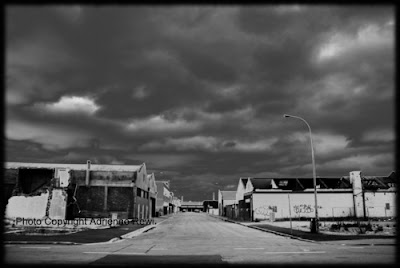 Cnr Manchester &  Welles Streets.
I hardly know what to say about earthquakes anymore – other than the fact that they are now so intrinsically woven into my everyday life, across a wide range of levels, that I might be surprised if they *did* stop. From the everyday irritations of mangled roads and lingering liquefaction dust, to cracked walls, sloping floors, broken chimneys, a humped driveway, broken footpaths & drains and a large window hanging in place by good luck rather than much else, it’s all ‘just what we have to put up with.’ 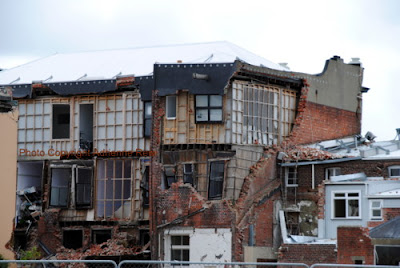 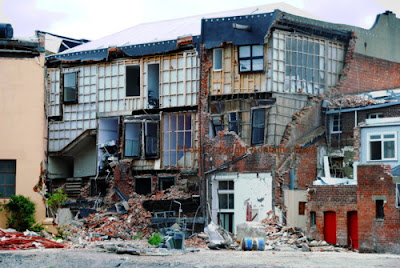 The rear of High Street
When I was in Australia, everyone told me I should leave Christchurch. “Move to Australia,” they said. “Great idea,” I replied, “But it’s not as easy as that.” For one thing, there’s the small matter of not being able to sell your house until you have a sheet of costings from EQC. Fifteen months on from September 2010 – and through all subsequent aftershocks and new claims – I’m still waiting for that. And like many here in Christchurch, I’ve now become so disheartened by the lack of progress in this area, that I don’t even care anymore. I just get on with enjoying life. Sometimes I momentarily feel a sense of hopelessness but I recover quickly. I see no point in wasting creative moments stressing over something I cannot control. I suppose one day, somewhere in the future, I might have an almost-new house (or a completely new one if this one is demolished); but for now that seems about as likely as winning Lotto. 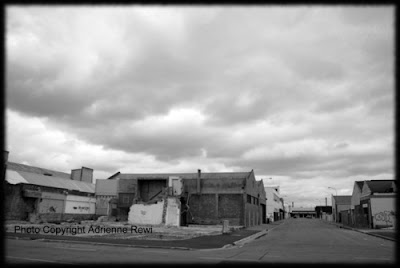 Corner Manchester & Welles Streets
In some strange way though, I’m happy to be a part of it all. I’m not like many others, claiming that 2011 has been a bitch of a year. For me it has been a fantastic year. It has been a year of enormous challenges – physical, mental, emotional – and I think I have become a better and more relaxed person as a result of it all. I’ve become a much better photographer too (in my own eyes anyway), because there’s seldom been a day in the last year, that I haven’t been out and about recording this earthquake mayhem at some level. 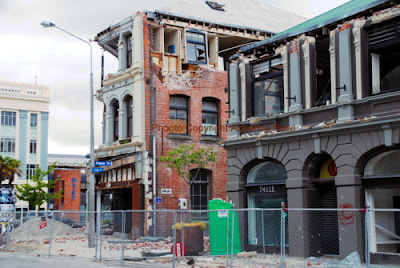 Corner Tuam & High Streets
As sad as it has been to see so much of Christchurch reduced to rubble and a vast acreage of broken homes and now-empty, overgrown sections, it has also been a huge inspiration to me. I’ve found enormous beauty in it all. There’s been irony and humour, the poignant and the dramatic. The fantastic, the unexpected, the ever-changing, the slow glimpses of renewal and determination are nowhere so exemplified as in Christchurch. 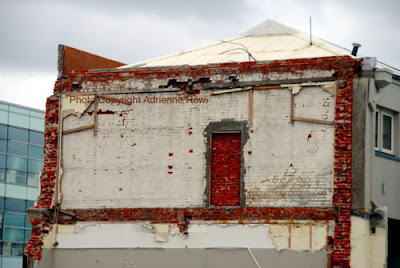 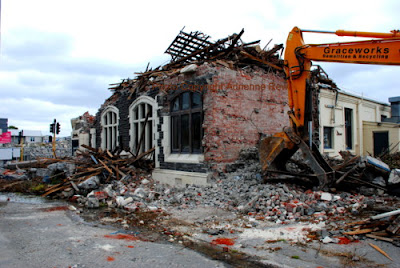 The Old Post Office, Cnr Brougham & Colombo Streets
The earthquakes have been brutal, the aftermath dirty, disconcerting, disconnecting and at times, terrifying but in coming to grips with all of that, I have given up silly, unrealistic expectations and I have relaxed into a changed reality. It’s not a reality I have any hope of changing but it is a reality that I hope will continue to change me. 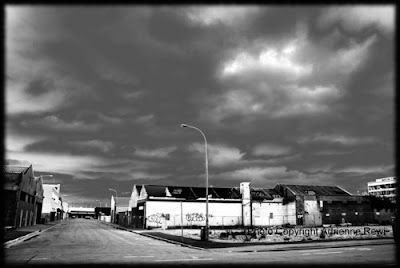 Cnr Manchester &Welles Streets
I like the unpredictability of that. I like waking up each day wondering what will happen next. I like seeing the world around me shift and sway – not in those specific moments of a large aftershock I hasten to add; but in the day-to-day passing of time. I like that I have had the opportunity to experience #eqnz and I look forward to 2012 and whatever it may bring. I’m certainly ready for just about anything this unpredictable world can throw at me.
Posted by Adrienne Rewi at 5:49 PM

Hi Adrienne. I've been reading you for a while. Thanks! I love your most recent post about our peculiar year in Christchurch. I totally agree with you too. It has been the an amazing year - albeit exhausting! I feel extremely privileged to have experienced this changing world we are in. Nice to hear someone saying it! Happy NY. Jo

Thanks Jo. I think we've all had a lot to be grateful for this year. Life can only get better. - Adrienne

Brilliant written and so very, very true. You've caught the essense of what so many of us feel - the uncertainty, the frustration, and the realization that despite all the fear and disruption, these experiences can help us grow in unexpected and amazing ways. But still, it would be nice if 'mother nature' gave us a break in 2012. Happy New year, Liz

If the shaking stopped - just for a bit - we might get some roads fixed properly. That would do me for a 2012 treat. Happy New Year to you too Liz - Adrienne