An Anniversary - Christchurch One Year On 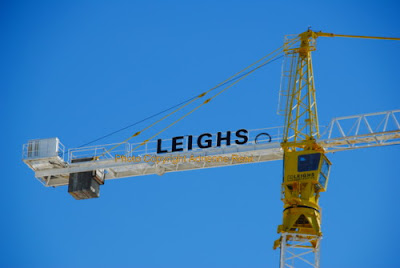 Today - February 22, 2012 - marks the 12 month anniversary of the February 22, 2011 6.3 earthquake that ripped through Christchurch with a force that left the city aghast and broken. I've written extensively about my impressions of the city since and today, I don't have a lot more to add to that﻿ so I'm going to let the photos I took 4 days ago speak for themselves. They're photos that encapsulate my own particular 'visual preoccupations' with compromised architecture, rubble, cranes, the mechanics of demolition and the detail and shuddering sadness of the results of all of the above. 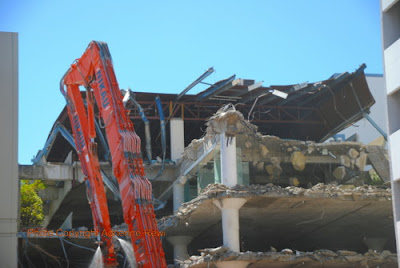 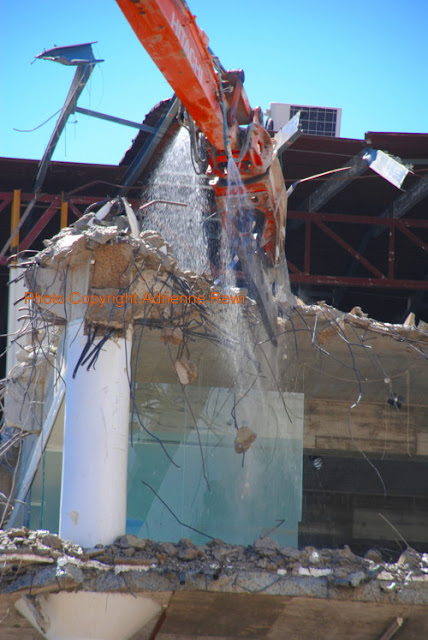 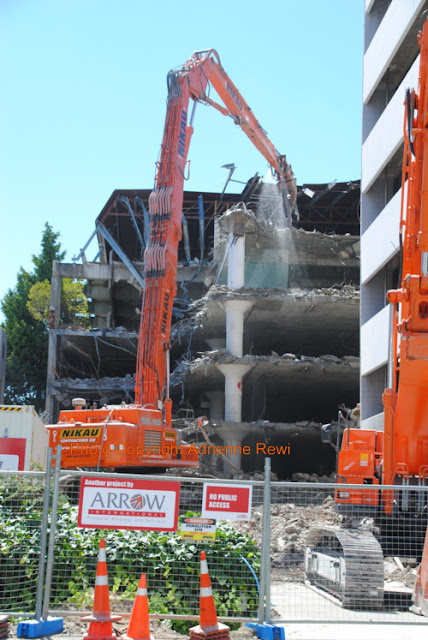 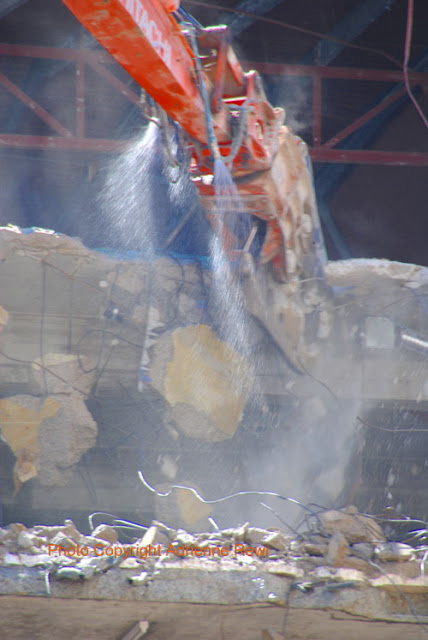 I watched the demolition of the Amuri car park for some time, chatting with a visitor from Melbourne. He was astonished at what was happening in the city, his naivety summed up in his opening statement - "There's a bit of demolition going on around here isn't there." That's a common reaction from visitors to Christchurch, most of whom (understandably) have no idea of the scale of the ruin here. 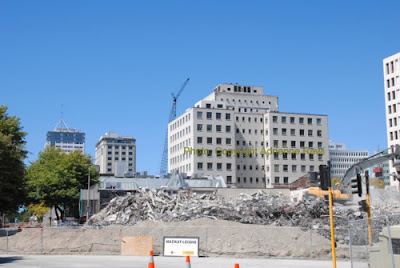 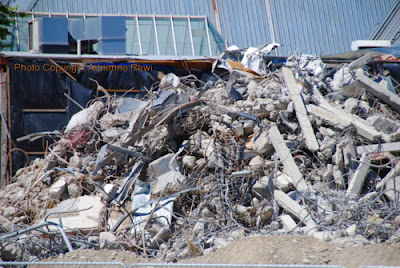 The corner of Oxford Terrace and Gloucester Street showing a pile of rubble where the Brannagins building once stood, highlighting again the rapidly changing face of inner city Christchurch. 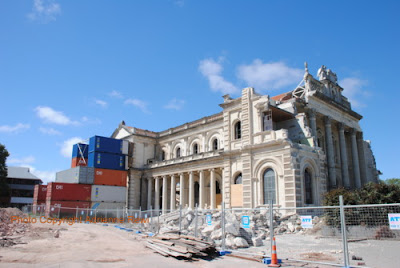 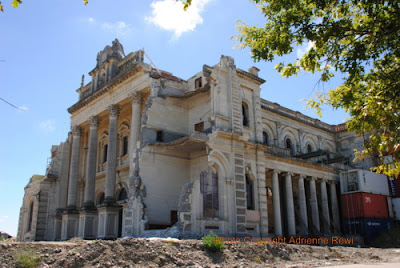 The Cathedral of the Blessed Sacrament - the Catholic Basilica - is for me, one of the saddest losses to  the city. It's architectural heft and international importance seem to have been too often overlooked by the media in favour of the Christchurch Cathedral (Anglican). When I chatted with one of the demolition crew here four days ago, I was horrified when nhe told me the Basilica is due for demoltion - the $100-million repair billed deemed too high to consider. I walked away nonplussed. I still can't believe that this could be true. 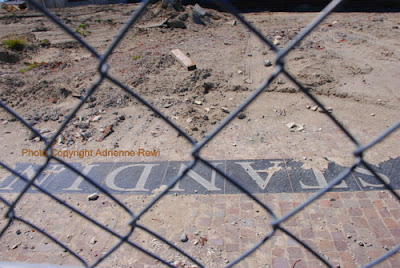 Oh the irony of the word 'standing' - part of the tiled motto on the Basilica forecourt. 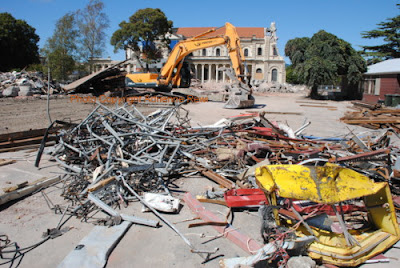 All that's left of the Music School beside the Basilica 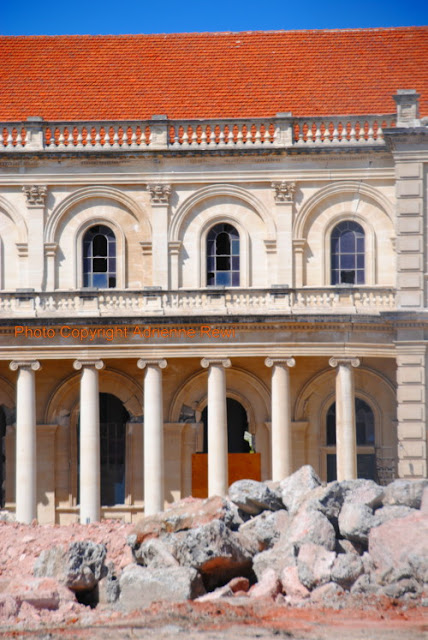 If only I could get inside with my cammera! 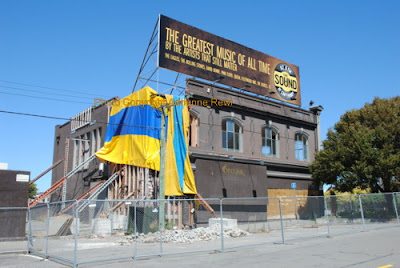 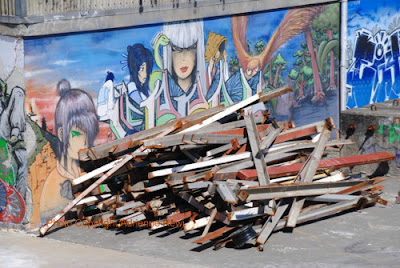 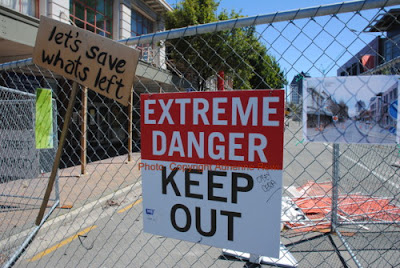 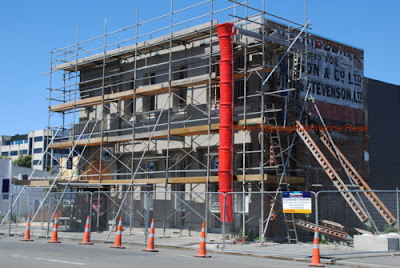 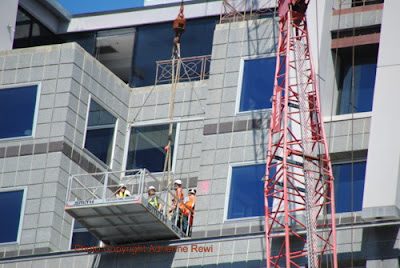 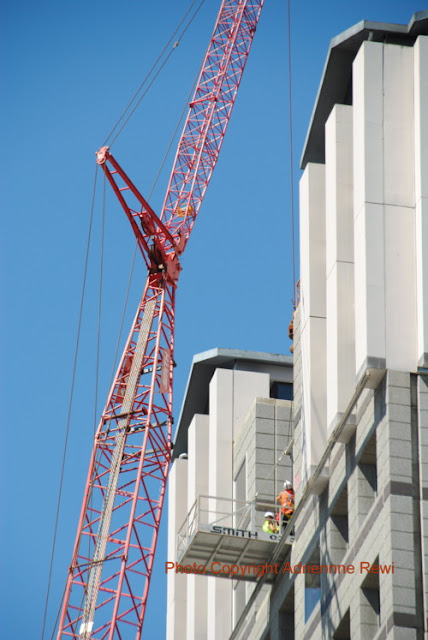 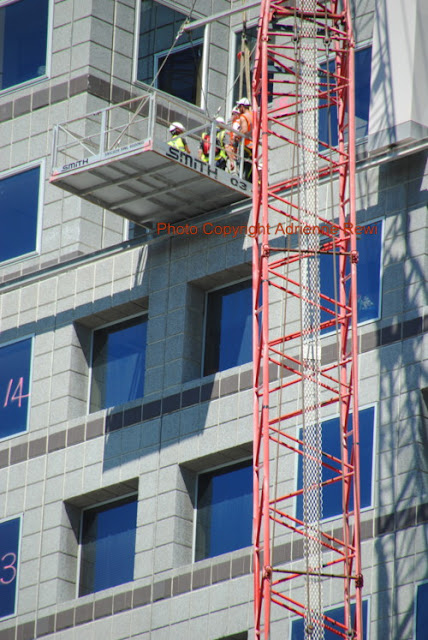 And now....  I'm out again..... capturing a little something of today's memorial events.
Posted by Adrienne Rewi at 8:53 AM

Great. moving pics - I look over the Basilica and Music school from my office at polytech - been very hard to watch them disappear, step by step and the final stages if the Basilica does go will be awful.