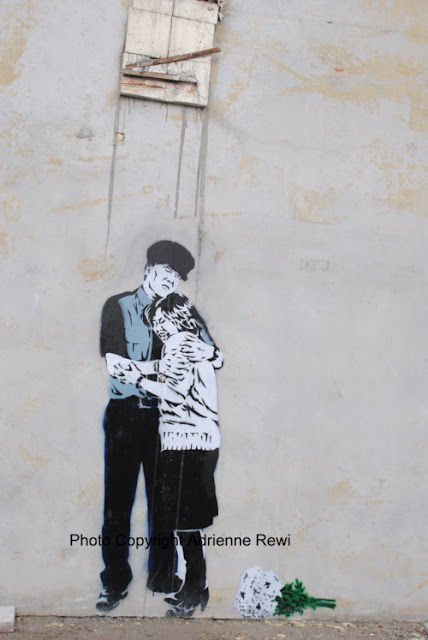 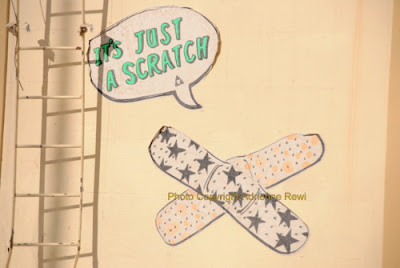 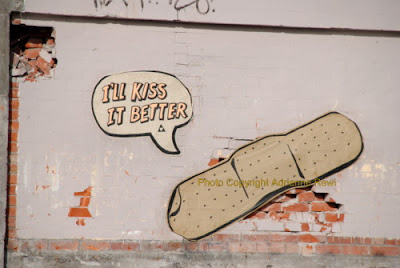 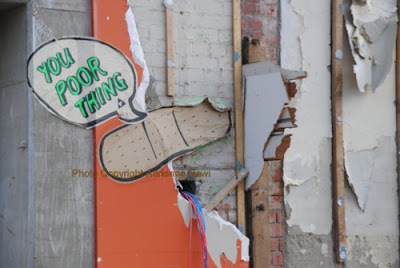 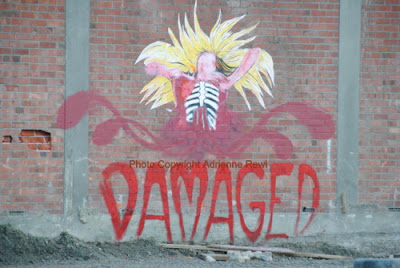 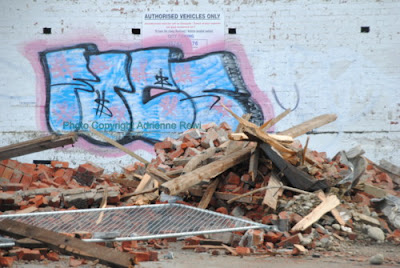 A City in Transition
Wounded
Marked by Passers-By﻿
July 2011, Ajr
Posted by Adrienne Rewi at 3:03 AM

i like these. The first one is not originally graffiti but a police advertising campaign, not sure how it came to be 'neutralised', the police logo covered up and the text removed. Maybe it was graffiti reclaiming our walls for testaments to humanity rather than police promotion. Or maybe the police themselves repented. Or maybe it was a bit of a back-and-forth until the police gave up.