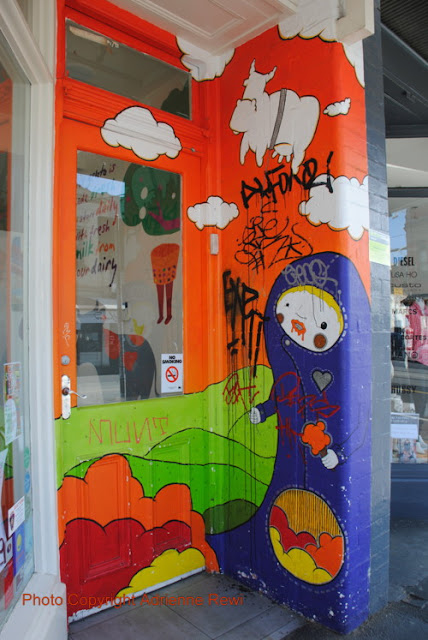 Over at http://www.melbourne.com.au/ they describe Fitzroy’s area as “the café food precinct bordering the CBD that encapsulates the soul of .” It’s tolerant and accommodating they add and is home to the rich, the poor, the Bohemian, trendy, young, the alternative and the rich. “It’s where you see someone driving an Audi TT or riding an old pushbike – someone with purple hair or someone wearing a business suit. It’s trendy, fashionable, chic and shabby all at once. 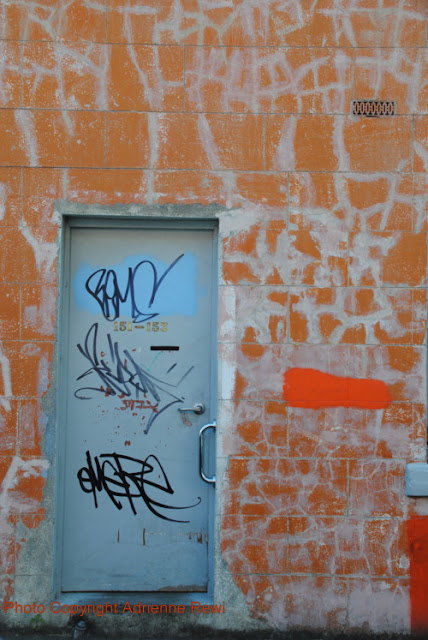 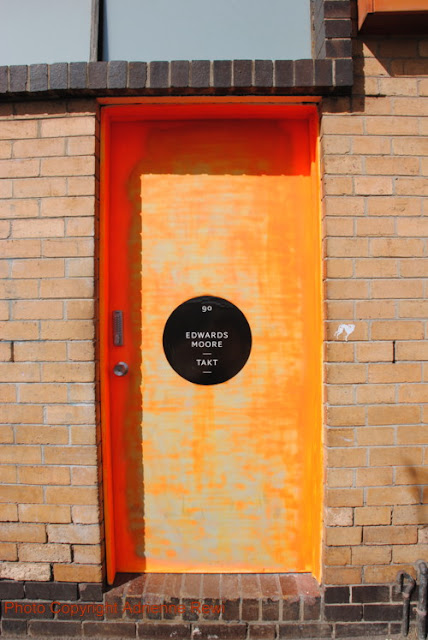 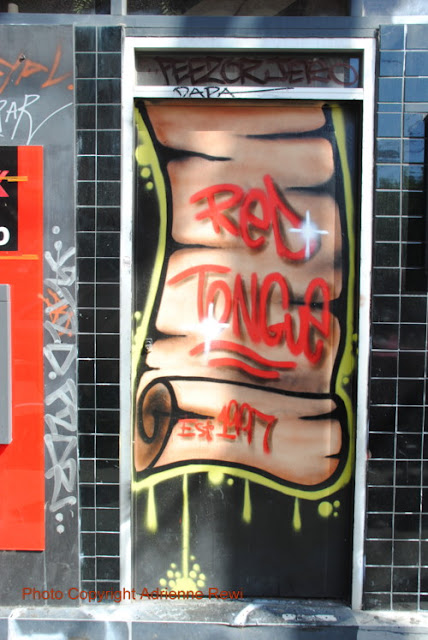 What they don’t mention, is the street art and graffiti, which seems odd given that you can’t miss it. It’s everywhere. It’s something that defines the area just as much as all of the above; and love it, or hate it, there’s no escaping it. 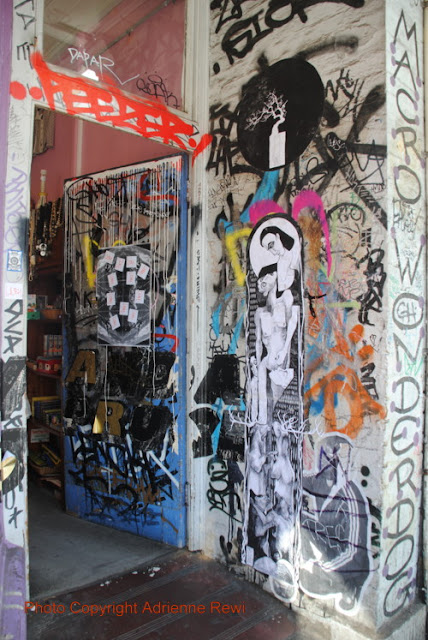 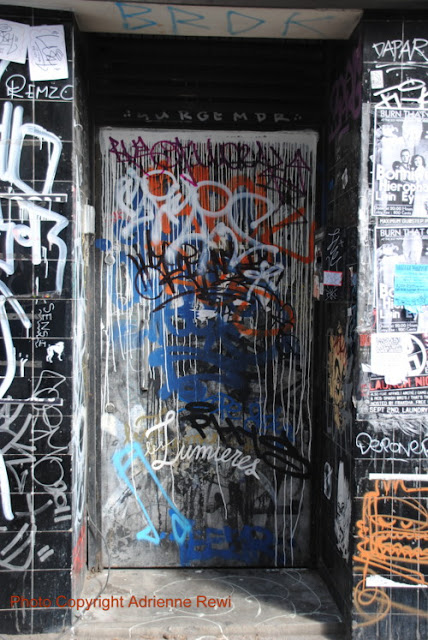 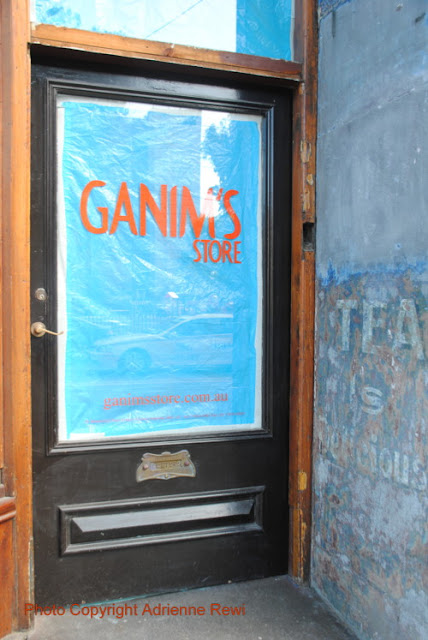 ﻿I love it. To me, it pays homage almost to what was once – many decades ago – a grungy working class area of low rent and cheap shops. It wasn’t until the 1970s when students, artists and fellow Bohemians moved in that it began to be popular; and today, they’ve been joined by suave hipsters, young professionals with fat wallets and baby boomers wanting to settle in an inner city suburb close to cafes, bars and chic boutique stores. 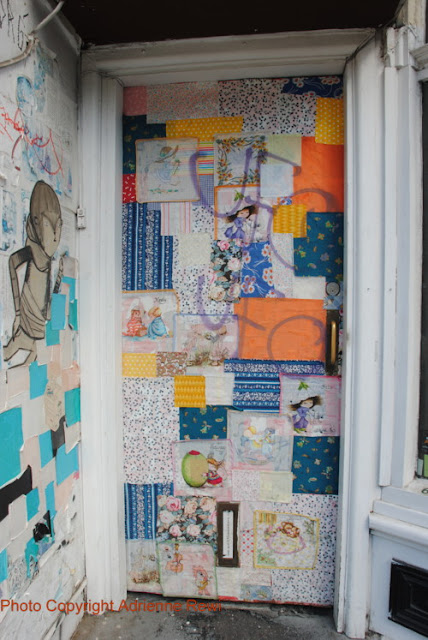 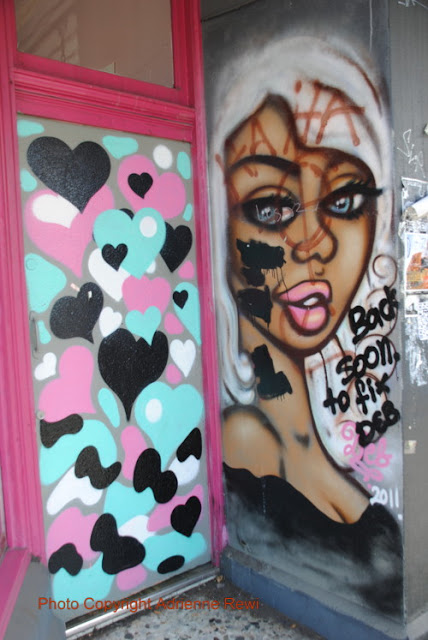 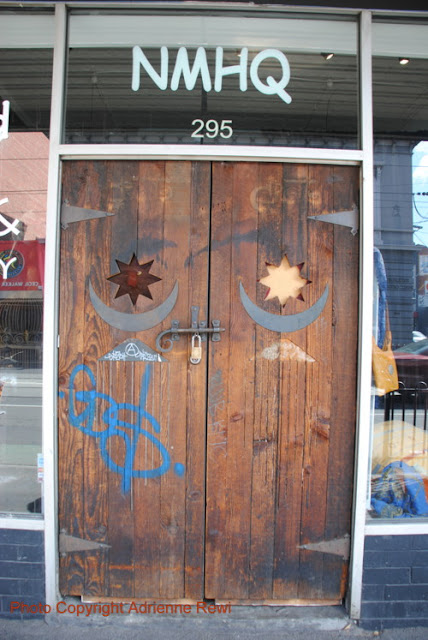 I always visit Brunswick Street when I’m in Melbourne – as much for the street art and the people as the stores and cafes. It’s much more upmarket than Footscray (see blog post below) but still grungy enough to get my attention. I like that the place embraces a crazy mish-mash of visual expression – from creative shop window dressings and walls covered in posters and street art to the colourful, multi-cultural street wear of the inhabitants and visitors. 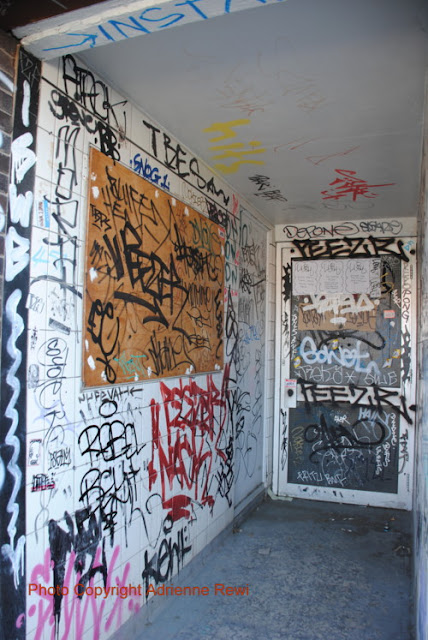 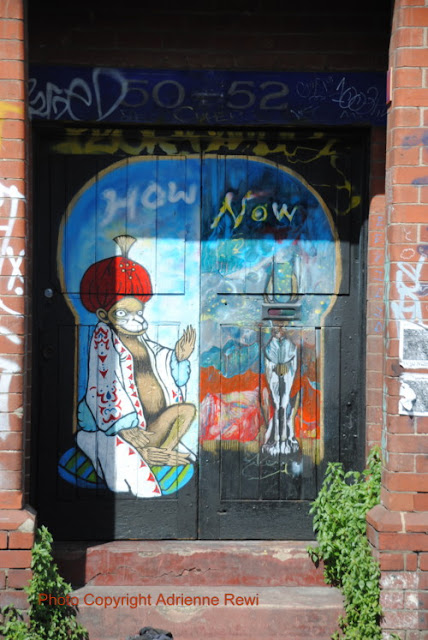 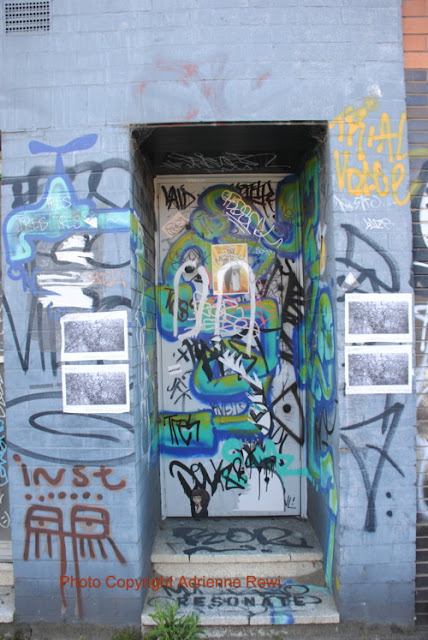 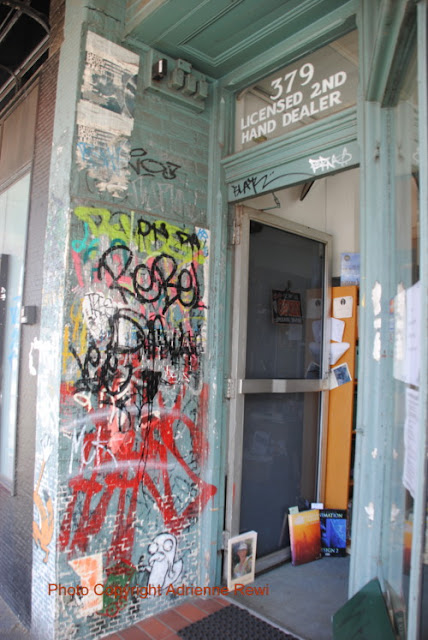 Most of all, I love the shop doors – colourful portals embellished by street and graffiti artists that line both sides of every street. It’s almost as if there’s a silent, accepted rebellion against the hedonistic culture of consumerism, an embracing of difference and individuality that many more sedate and pristine areas could learn from. 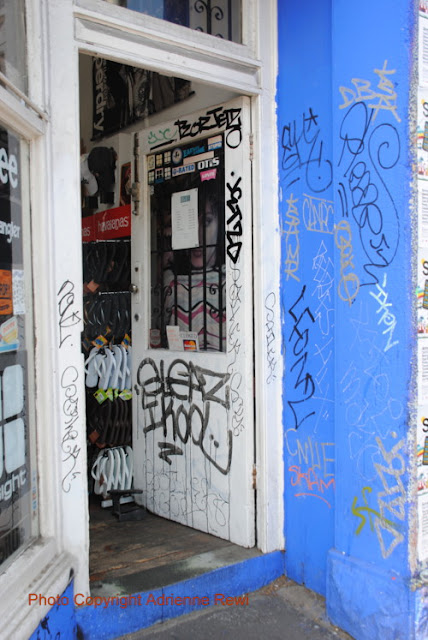 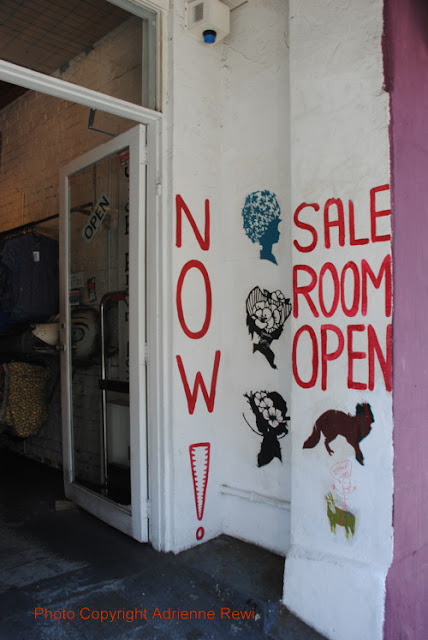 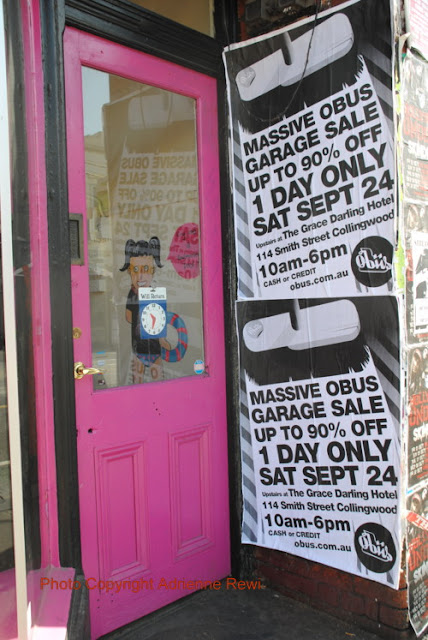 There doesn’t appear to be any anxiety about the graffiti and wall murals. Shop owners haven’t gone out of their way to paint out the colourful swirls that pop-up overnight. Its as if they’ve accepted – even welcomed – the additional, unsolicited graphics that make their store stand out. 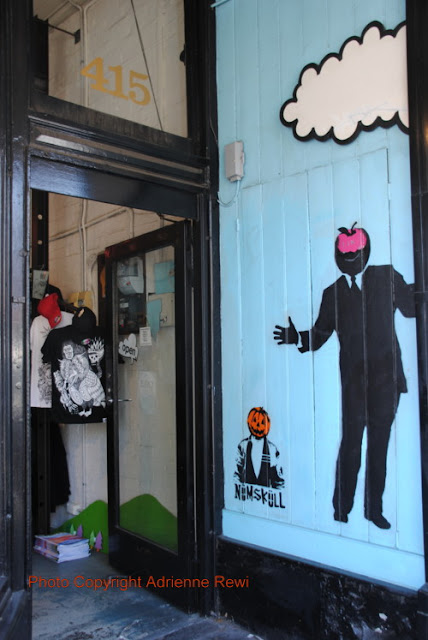 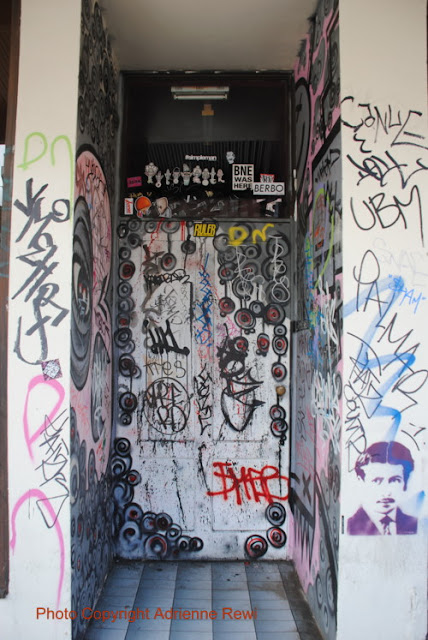 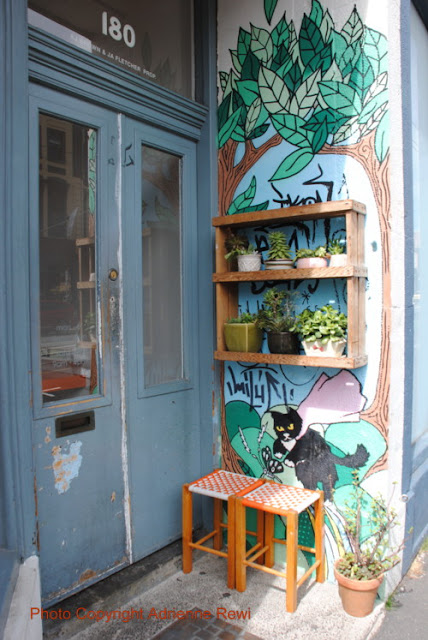 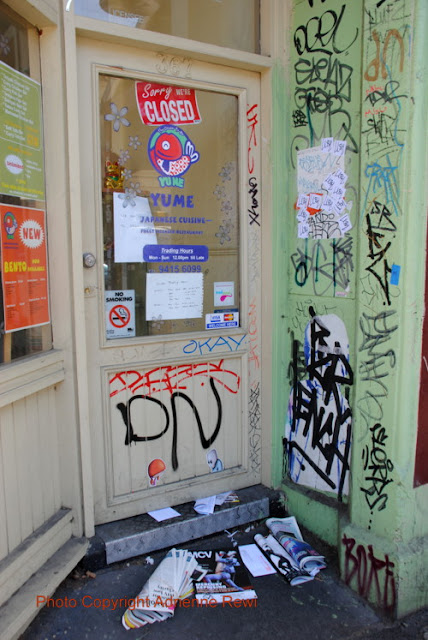 In fact, in Brunswick Sreet, you stand out if you *don’t* have graffiti and/or street art plastered across your premises. I like that. And I’m always much more likely to spend money in a place like (or in ’s graffiti-covered back laneways), than I am in the sanitised department stores of , or the sleek, stylish streets of Toorak.
Posted by Adrienne Rewi at 11:33 AM