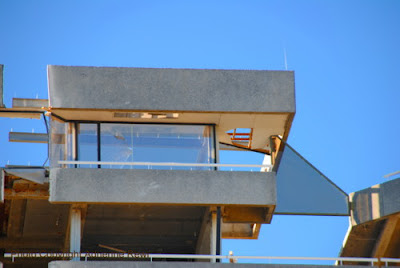 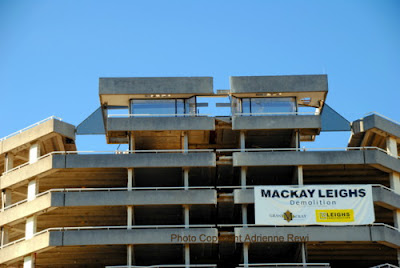 The Crowne Plaza, not so long ago one of Christchurch's top two hotels, is now a broken bulk looming over Victoria Square. Never a delicate building, its cold concrete facade is now even more like a relic from the Eastern Bloc. 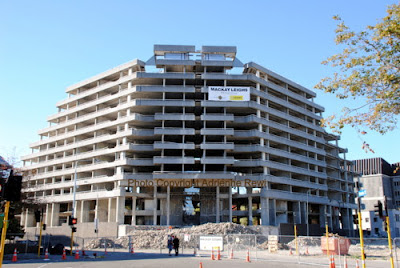 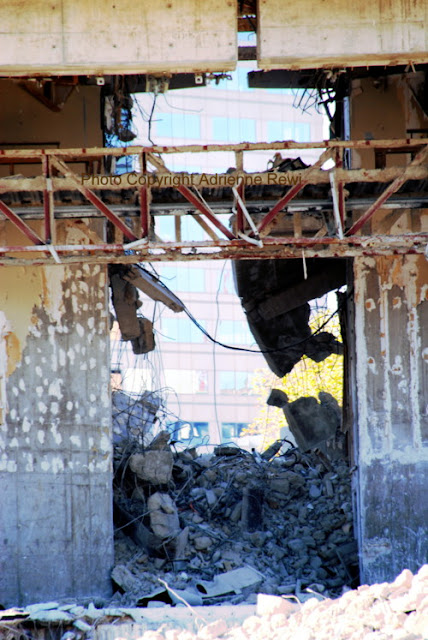 And with see-through glimpses between Victoria Street and Victoria Square, you get a feeling for how the city plan may once have been, before the two areas were decisively divided by the hotel. 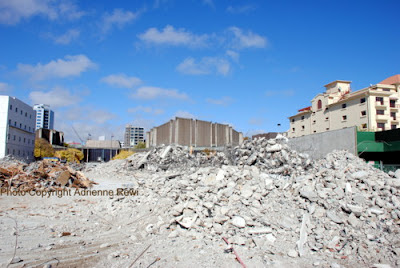 Just across the road from the Crowne Plaza and the Town Hall beside it (the brown building visible in rear of photo above), the Christchurch Convention Centre is now just a memory and a pile of rubble. 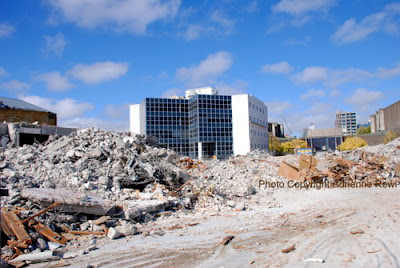 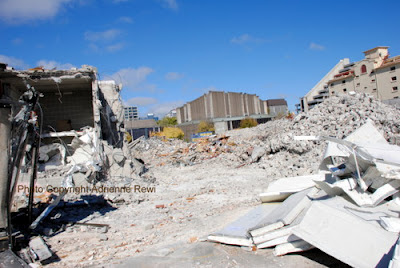 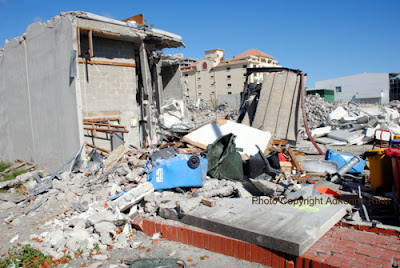 And news this morning that even more central city high rise is on its way down. Eventually, it is expected that only half of the city's buildings over five storeys will remain at the end of demolition. It should be noted, that there was never much there in the first place (compared to Wellington and Auckland). Christchurch will soon be able to bill itself 'The Flat City' rather than 'The Garden City' - on the flat plains.
Posted by Adrienne Rewi at 9:16 AM