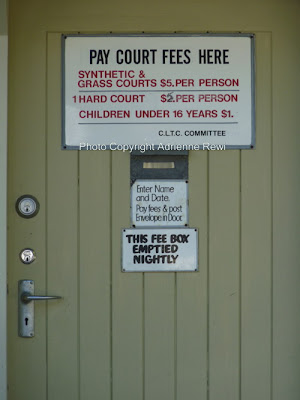 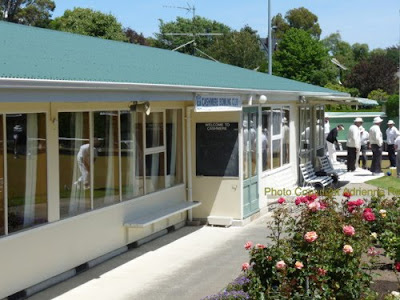 Cashmere Bowling Club, Christchurch
The New Zealand clubhouse is much more than another architectural variant.
The clubhouse encapsulates a thick slice of New Zealand sociological history.
It is a place ingrained on the New Zealand psyche - a place for many, around which everyday life revolves. 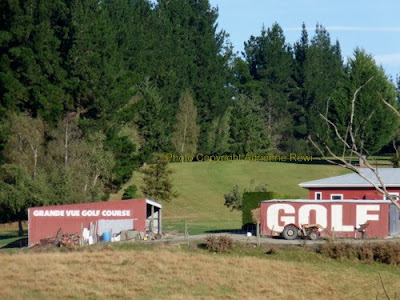 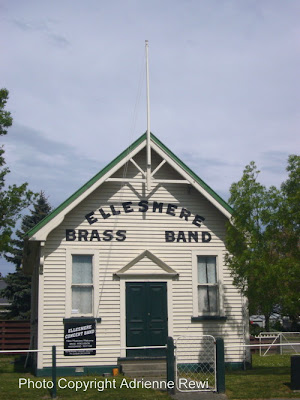 Ellesmere Brass Band Rooms, Leeston, Canterbury
In my own lifetime thus far, the only clubs I've belonged to have been a tennis club and a netball club and once, temporarily, when all reason departed, a badminton club. It goes without saying that the latter was not a success. I quickly discovered that being good at tennis doesn't necessarily equate to being good at badminton and a few weeks later, crippled by humiliation, I creapt away. but that's a different story........ 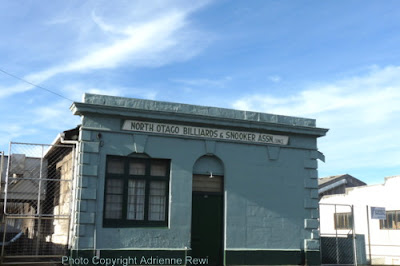 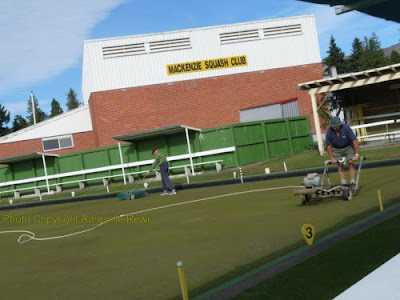 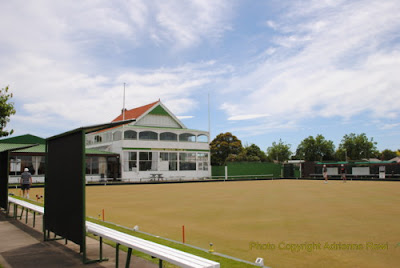 Rangiora Bowling Club, Rangiora, North Canterbury Much more recently, my interest in clubrooms and clubhouses has been revived, not from a participatory point of view but for what they mean and contribute to New Zealand society. I find myself 'digging around' small-town New Zealand in search of those quaint old buildings that have, and still do, contribute so much to the communities they sit in. Of course, like-minded people have been forming clubs since Ancient Greek times, so I shouldn't be suppose that these old buildings and the people that haunt them will all be gone in another hundred years; but it does seem they're too often overlooked and that an interest in joining clubs has been superceded somewhat by lazier pursuits - like sitting in front of television or computer games. 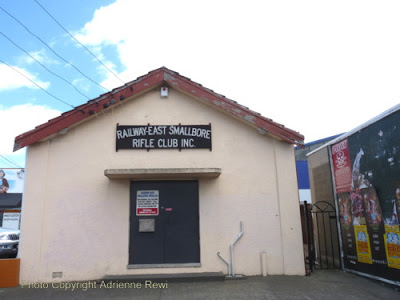 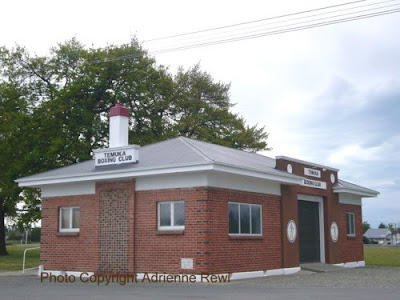 Temuka Boxing Club, Temuka, South Canterbury I find myself increasingly intrigued by the notion of clubs, by the reasons people form these busy little clusters that, in many cases, rule their lives. Whether they be sports clubs, or clubs for musicians, hobby groups, political, military or religious groups, gentlemen's clubs or arts clubs, you'll always find a core of zealous (sometimes over-zealous) locals who give up umpteen hours of their own time to make sure their club runs smoothly (and that everyone obeys the rules). I find something hilariously funny and yet, at the same time, something poignant and innocent, in that. I may well be getting sentimental and silly as I get older but times do seem to be changing. The clubs and those hard-core club members are still there - especially in small, more isolated towns - but many modern families have different priorities these days and with far more social and leisure activities available, they're much more able to find their own amusement, without feeling the need to join clubs. 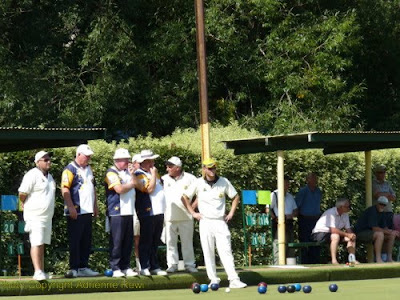 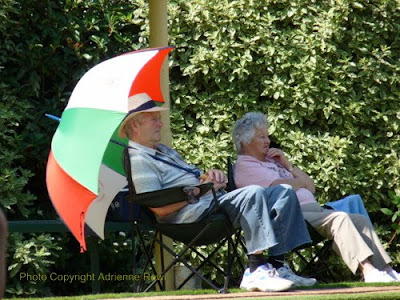 Woodend Bowling Club, Woodend, Victoria, Australia I'm equally intrigued by the buildings that clubs occupy, or build for themselves.
The grand bowling clubs (I swear there are more bowling clubs in New Zealand than anywhere else in the world; almost every town has one, many have more), the cute little 'halls,' the solid brick edifices that allude to far grander activities than reality presents - they're all there. The golf club is another favourite - you'll find those all over New Zealand too, based in anything from a huge, modern edifice to a rickety, corrugated iron shed clinging to the edges of some tiny town. Some clubs are 'open-doored' and easily accessed; others are virtually windowless with an air of secrecy and privacy that their close-lipped members seem to encourage. I find it all fascinating.
Posted by Adrienne Rewi at 2:50 AM

Interesting blog about The Clubhouse Adrienne & thrilled to see you made it to Geraldine, my hometown. The pic you have titled - Geraldine Golf Club - is actually known as Grande Vue Golf Club. My mother & her brother, who are both well into their 70's, are still members here.

Of course the humble clubrooms are used for much more than their intended purpose as we know & adds to that sociological fabric.

The Grand Vue clubrooms have been the venue for many of our family occasions over the years, including my grandmother's 100th birthday party, my parents 50th wedding anniversary, family reunion working party committee meetings & post funeral gatherings to name a few.

It's a very friendly & social club prided for it's picturesque course & location.