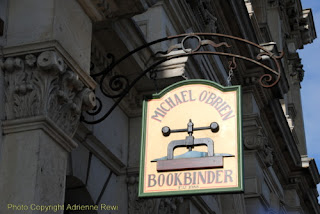 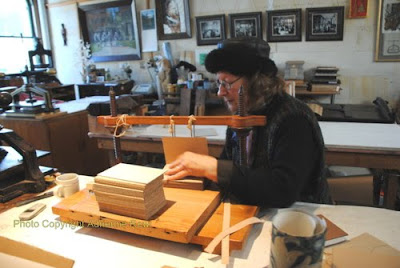 I love paper, I love books, I love words.
Put them altogether and I'm in heaven.
I also adore bookbinding and while I've done a ton of it, I have never - and will never - come close to the skill level of one of New Zealand's best bookbinders, Michael O'Brien of Oamaru. 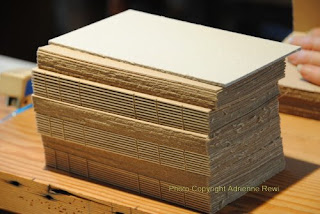 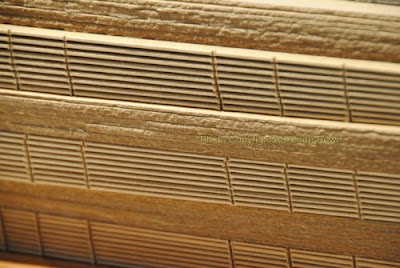 I called into Michael's studio in Tyne Street - in the town's Historic Precinct - when I travelled south in the middle of last year. It's a time warp, a place where you step back into a world of traditional handcrafts. Michael himself is the master of retro-dressing and is usually found in a kilt, or perhaps in classic Edwardian dress....his favourite era. 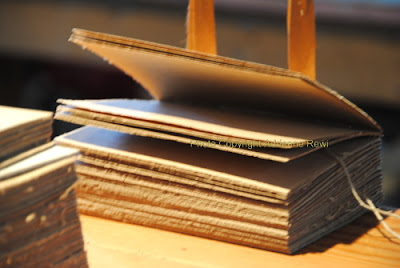 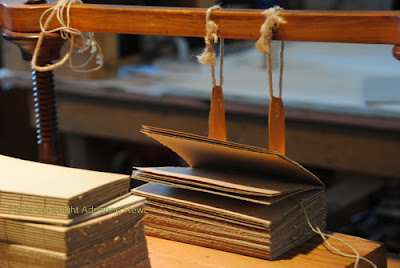 Michael did a traditional bookbinding apprenticeship at Auckland Public Library and then, in 1986, he headed for Europe to hone his skills. He worked 60 hours a week in a traditional British bindery and took classes in the evenings, with some of the United Kingdom's finest binders. Returning to New Zealand in 1988, he set up business in Auckland, before later shifting south to the calm of historic Oamaru. 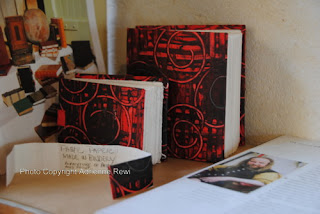 Getting people to recognize the value of the traditional bookbinding craft has taken time and perseverence but Michael has never compromised on producing the finest books made from the finest papers. While some of his most extravagant leather-bound books, made from archival paper can sell for up to $600 each, he also produces a wide range of stunning books made from recycled paper, which generally sell for much less. Understandably, he now has a big waiting list for his custom made books and he must be pleased to know that the publicity he's received for his own efforts and craftsmanship, have helped spawn a renewed interest in this ancient craft.
I have a cabinet filled with handmade books - some my own but many crafted by traditional bookbinders and artists from around the world. Some are filled with content; some are limited editions; some are completely one-off works of art; and many are beautiful, 'empty books' that I've been unable to resist - reserved for that "special project." Among them are a handful of Michael O'Brien books. It's a collection that keeps growing.
Posted by Adrienne Rewi at 3:07 AM