Life in the Suburbs After a 6.3 Earthquake 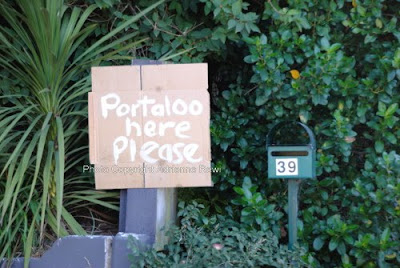 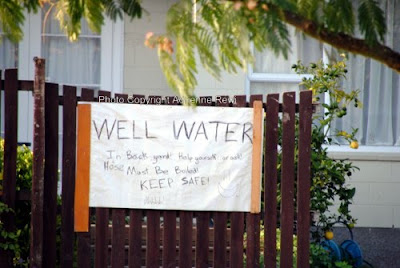 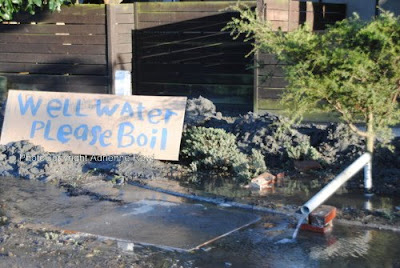 Life in suburban Christchurch after the 6.3 earthquake that struck on Tuesday, February 22 is much changed. While those to the north and west of the city suffered less in a physical sense this time, the east side, including the beach suburbs of New Brighton and Sumner and the port town of Lyttelton have taken a real hammering. We go to bed wondering about after-shocks and we wake up wondering if the power is on; if there will be water coming out of the taps and if not, where we will get it. We wonder if the toilet will flush and if not, if a Port-a-Loo has been delivered to the neighbourhood so we no longer have to worry about the best and most hygenic way of carrying out personal ablutions. Many worry about the reliability of fuel, gas and food supplies and in their panic, they clog the streets with unnecessary traffic, inhibiting the work of rescue services. Everything is a wee bit topsy-turvy. 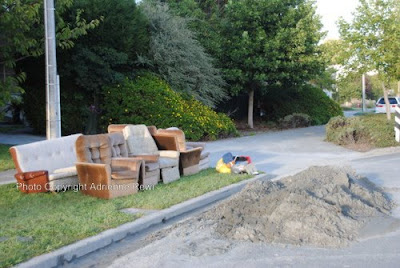 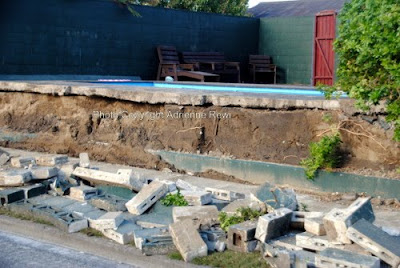 And as you wander around the eastern suburban streets you're faced with both the sadness of ruined homes and the generosity of strangers. In normal times, I might make rude remarks about the brown velour lounge suite cast out on the roadside (above) but in the circumstances I felt huge sympathy for the owners, who had removed it from their broken home and left it for all and sundry to plunder - or sit on. And imagine the anguish of the Shirley owner's of this swimming pool (above), waking up to find it 'open to the world' and about to collapse into the street. 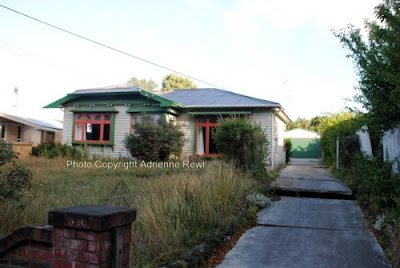 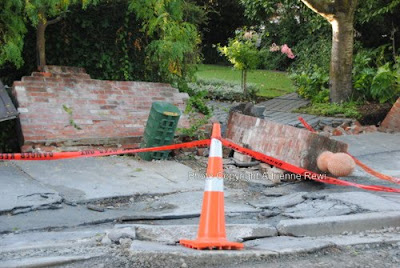 Avonside Drive was severely affected by September 2010's 7.1 earthquake and many homes there have been red-stickered and abandoned. Many parts of the area look forlorn and gardens are overgrown. Back in September I saw people loading their lives into removal trucks just a few days after that devastating earthquake. How hard must that be? This time, many people in the hill suburbs were given only ten minutes to gather what they deemed most significant before being evacuated from their homes - homes that many people have spent their entire adult lives in, or spent their entire life savings creating. As I sit here thinking about that - and about what I might grab in ten minutes to encapsulate my life, I can't think past my wallet and my camera. I have a house filled with stuff but after sitting through six month's of after-shocks, my regard for 'stuff' is much diminished. 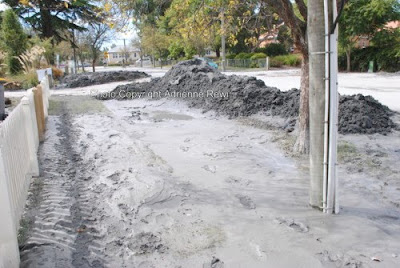 Then there is that other suburban Christchurch phenomenon driving everyone crazy - liquefaction. The two shots above were taken right outside my gate after everyone had started digging and carting this ungodly crap off their properties to the roadside, to be picked up by council workers and taken - we all hope - far, far away. When it's wet, it's like the contents of a Rotorua mudpool - grey, slimy, gluggy - and it weighs a ton on the spade. When it's dry, it's lighter and easier to dig but when it gets really dry, it's creates huge clouds of dust with every car that passes. It's clogged up stormwater drains all over the east side of Christchurch and the water stuck in the curbs is, six days on, starting to stink - or maybe that's the broken sewerage pipes? 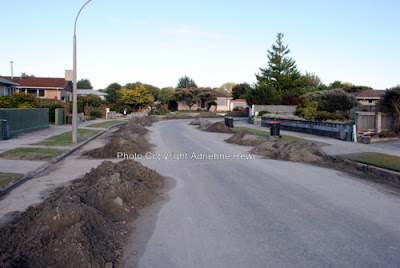 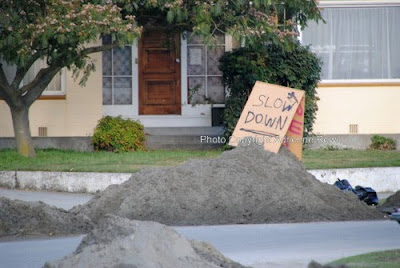 Drive down just about any street now and you'll be faced with little mountains of grey sludge - and signs imploring drivers to slow down to keep dust to a minimum. 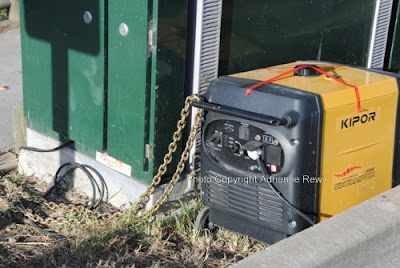 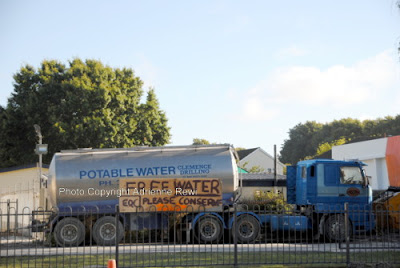 Other new suburban fixtures now include generators - padlocked in place to thwart the evil actions of petty thieves - and water stations. It's all just a little bit surreal really.
For more coverage of both the September 4, 2010 and February 22, 2011 earthquakes, click on Christchurch Earthquake in the label line below.
Posted by Adrienne Rewi at 3:01 AM