Scenes from a Demolition 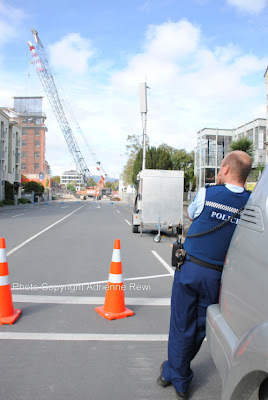 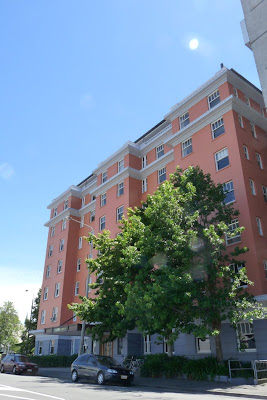 By the time you read this, Christchurch's St Elmo Courts, on the corner of Montreal and Hereford Streets, will be much diminished.
It's being demolished after sustaining damage in both the September 4, 2010 and the February 22, 2011 earthquakes. 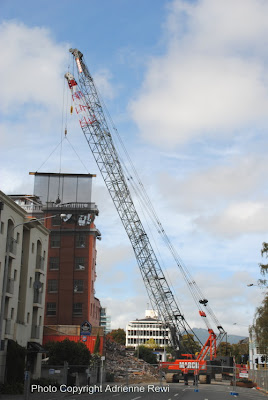 Designed in 1929 by B.J. Ager and built in 1930 on the site of the former St Elmo exclusive boarding house, it originally featured smart apartments. More lately an office complexit had a Category II Historic Places Trust listing. I took the following photos six days ago. A big crowd had gathered to watch and Police were out in force ensuring everyone stayed behind the barriers, although it has to be said, most of them were either drinking coffee, leaning casually on vehicles or taking their own photographs. 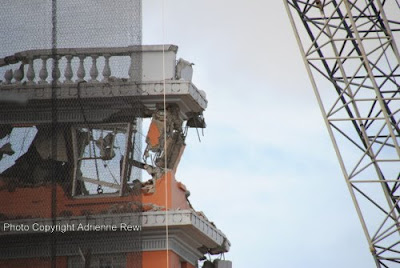 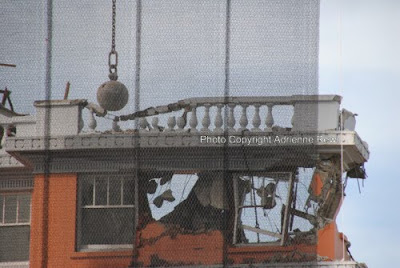 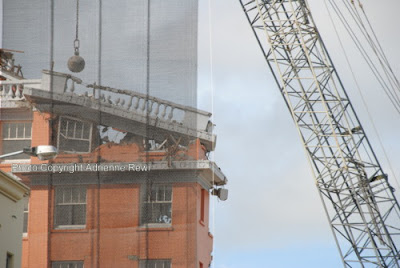 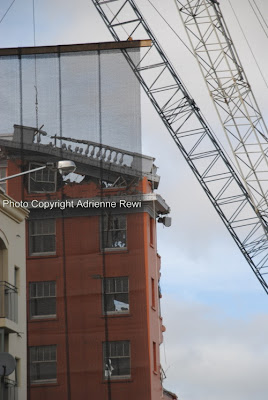 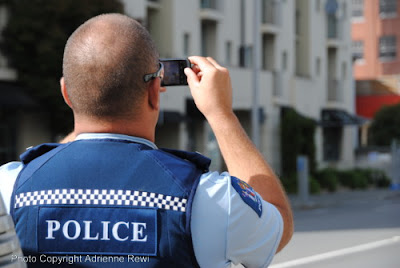 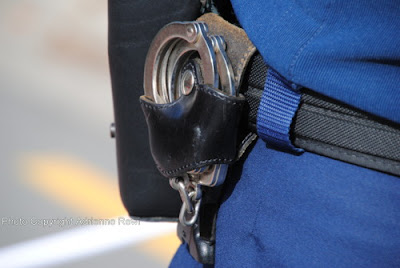 (I found the handcuffs distracting).
You can see many more Christchurch earthquake photographs by clicking on Christchurch Earthquake in the index line below.
Posted by Adrienne Rewi at 3:11 AM