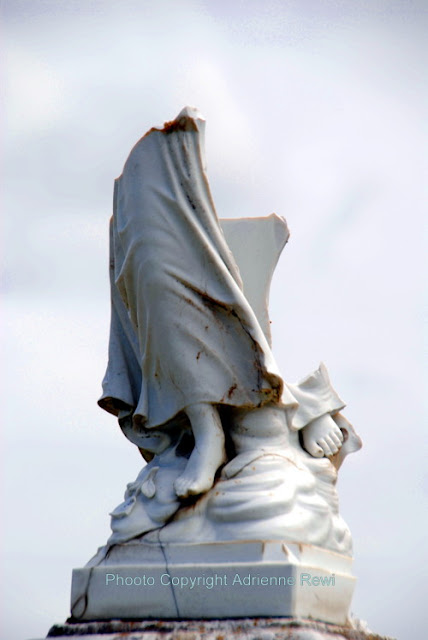 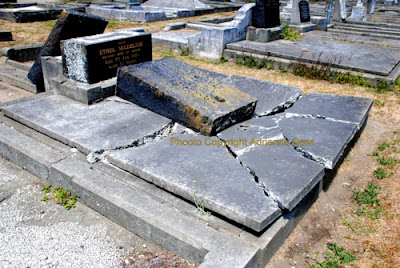 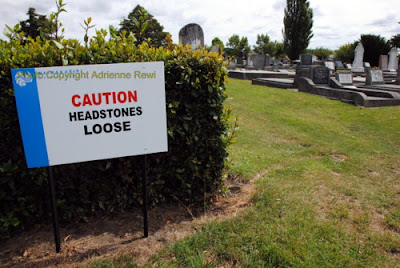 I've always had a soft spot for cemeteries. They have featured in my creative works - paintings, photography, short fiction - over many years and I never tire of wandering the quiet rows of headstones, wondering about the lives of those gone by and those they have left behind. For me, it's a time to think about life and death and purpose, a time to think about the intricate layers of lives that all meant something to someone, somewhere. 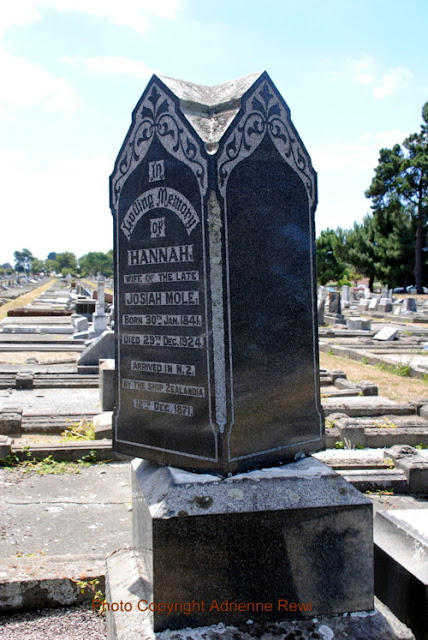 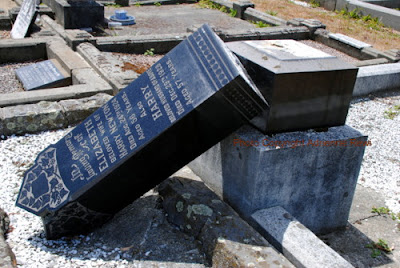 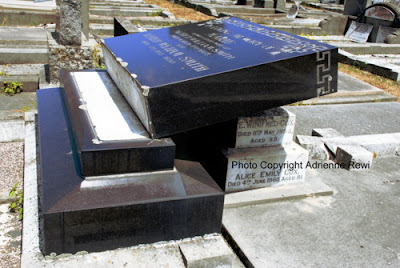 So coming face-to-face with the cemetery destruction wrought by the thousands of earthquakes that have toppled much of our city over the last 16 months, was a shock.  I have visited four cemeteries over the last two days - Kaiapoi, Selwyn Street, Bromley and Barbadoes Street. It's hard to comprehend the damage that all four have suffered and it's sad to realise that much of the damage will never be repaired. The costs, afterall, of all that smashed marble, of all that carved stone, must be formidable. 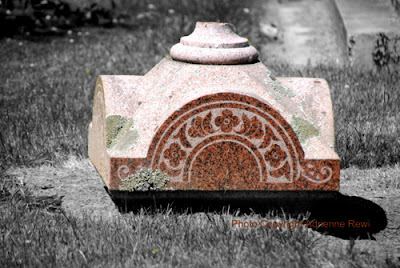 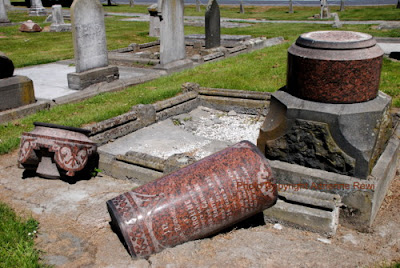 It didn't matter how long I stood among all those broken histories, I couldn't quite grasp the force of the phenomenon responsible. I've lived through most of the earthquakes that have struck Christchurch. I've felt their power. Yet standing beside a huge, snapped off obelisk, now speared directly into the ground; or the hefty slabs of marble thrown to the ground like small toys, gave me a whole new appreciation for their strength. Irrational perhaps, given that the earthquakes have crashed whole buildings to the ground; but in my head, cemeteries and their solid memorials are supposed to be permanent. They're suppose to carry the weight of generations and stand tall to remind us of our personal histories in small, intimate, meaningful and momentous ways. 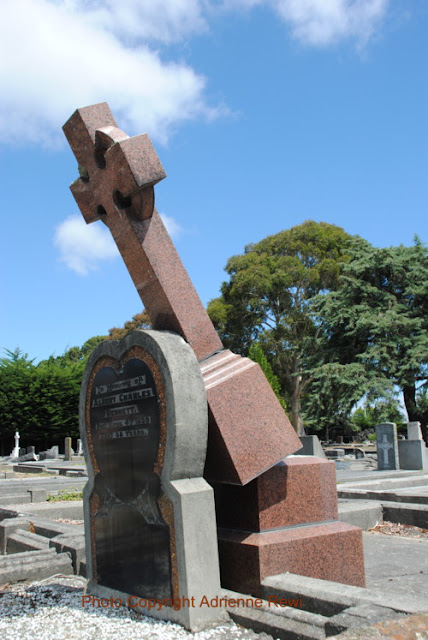 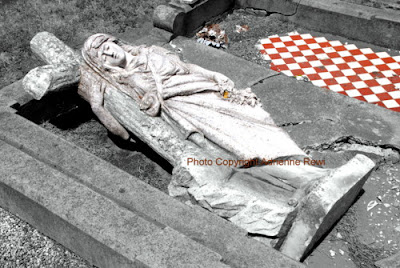 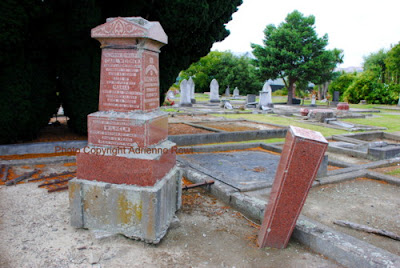 I'm not a religious person but I do have great respect for many of the physical 'trappings' of religion - the church architecture, the serenity of space, a sense of the spiritual, the icons, the art. So to see cemetery angels snapped off their bases and thrown to the ground with broken arms was disconcerting. It made me think especially, of children, gone and their mothers, bereft. It lent a quiet disharmony to the hot midday air and I wondered if the wounds in the memorials have re-opened the wounds for relatives living on. It all seemed such a sad and unnecessary assault on everything that makes us human. 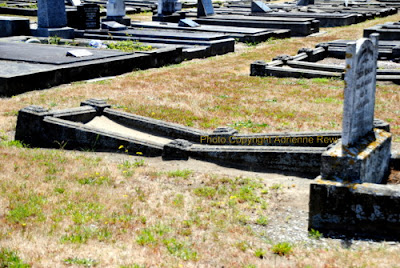 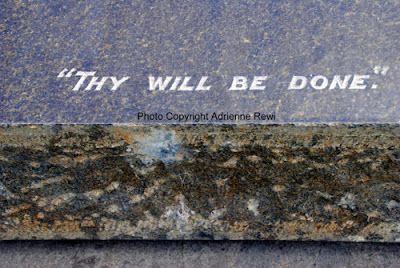 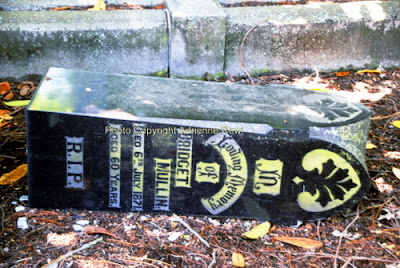 There is subsidance - some graves collapsing in, some rising out of the ground. There are tombs cracked and broken. There are holes in the ground, and graves covered in sand and clinging liquefaction. Headstones stand in rows, out of kilter, leaning toward each other, as if for comfort and support. Others have crashed off their bases, piercing the concrete tombs they were set to mark. Obelisks big and small have slammed to the ground, breaking trees as they go and falling, nose-first, into gardens of roses and lavender. 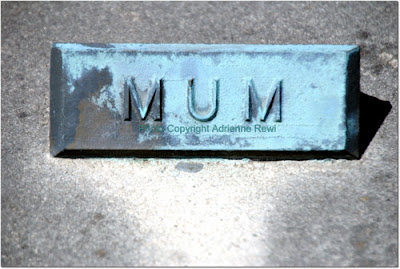 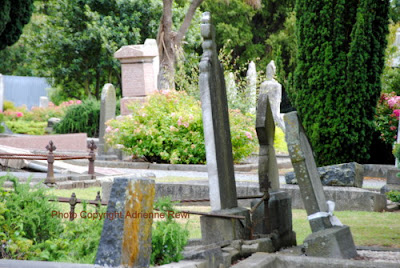 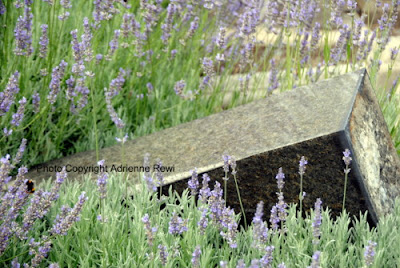 Shards of broken headstones, shattered flowers and urns and broken tiles are spread across the ground. Some have been gathered up by passers-by or family perhaps, and have been laid in orderly little rows around the rim of the graves. Hazard tape still marks standing stones considered a danger in future quakes. And through it all, the bees still busy themselves on the lavender, their little pollen sacs filled to bursting, as they flit among the ruins. 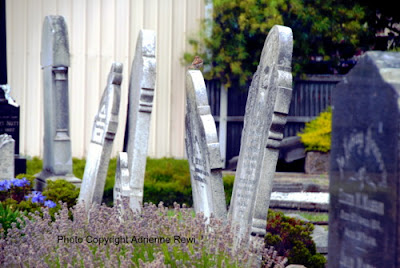 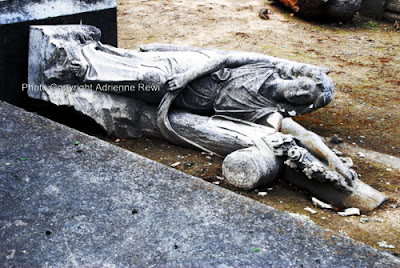 It's easy to brush off all this in the pressure of living through the ongoing mayhem of the Christchurch earthquakes. But sometimes it's important to stop and look and listen. We're constantly exposed to noise in this post-earthquake environment - to the clambering political voices, to hammering out of ideas and opinions -  but are we taking the time to listen to history? 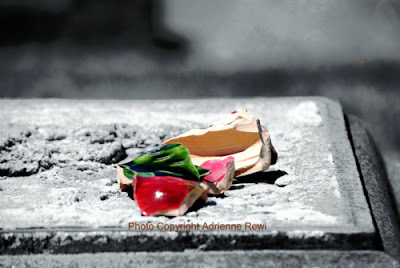 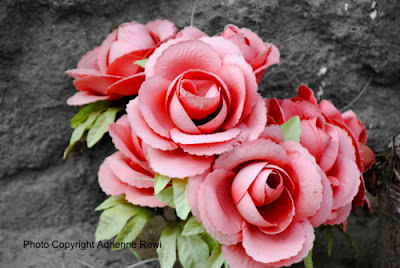 "In time, I hope and believe the anguish with you will be covered over. That is the only way to express it. It is like new skin covering a wound. That doesn't mean that one forgets the people who have gone away."
Edith Sitwell. From Selected Letters 1916-1964.
Posted by Adrienne Rewi at 3:00 PM