Dogs on a Window - An Artist's View 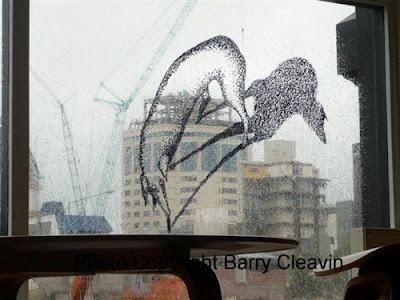 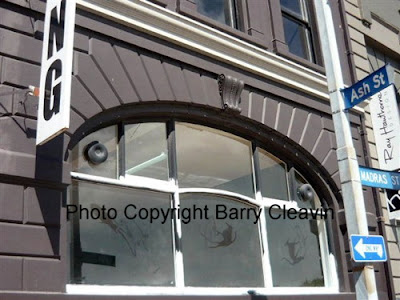 The Christchurch earthquakes have affected the city's residents in multiple ways. I've talked to many people about an inability to focus on work and a dearth of inspiration. Others have been swamped with creative ideas, others have changed course completely. All that of course, is particularly apt within the artist community. Artists I've spoken with in the last sixteen months have all found different ways of coping with the unreliable earth and its impacts on their normal creative routines. 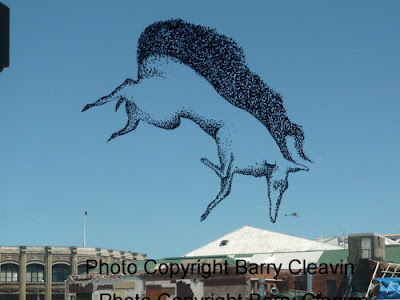 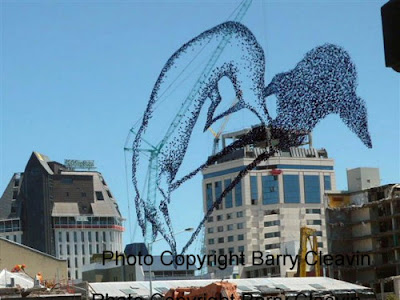 This featured set of drawings is courtesy of one of New Zealand's best known and most highly regarded printmakers, Barry Cleavin, who, for a spell, changed tack completely - away from his plates and his usual cocktauil of etching acids in face of a shaking world, to the safety of his sketchbook and the whimsy of a family dog called Milo. 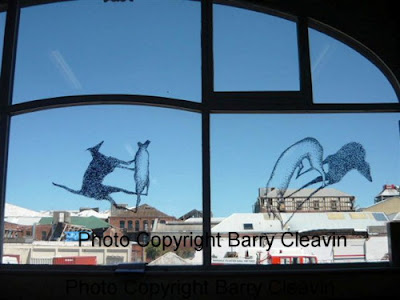 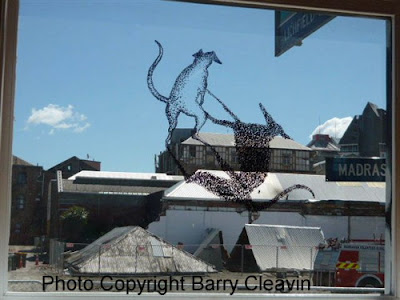 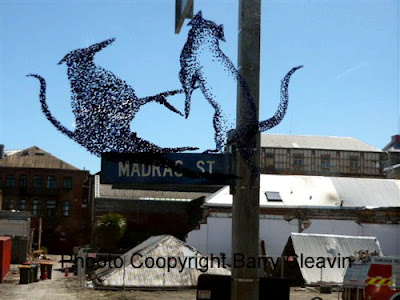 Recently, Cleavin was invited to make his mark on the windows of Ng Gallery, as part of their celebratory event to announce that they were once again 'a going concern' after the strengthening of their building and re-opened access to the rear of their premises. The drawings were fashioned in felt marker pens. If the viewer moved about the images, the dog ( Mr Milo G, a Manchester Terrier, of Dunedin), occupies different parts of the earthquake damaged vista on the Red Zone side of the boutique gallery. 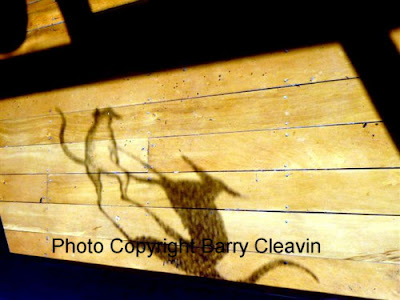 "So. Milo climbs down the building, jumps buildings and he and his shadow use the broken parts of the city as a playground."
It's a delightful collection and already, parts of the damaged city shown beyond the windows - the Grand Chancellor Hotel for instance - have been (or are being) consigned to history. And when Milo finally comes up from Dunedin to visit, much of what he could see from his window vantage point, will be completely gone.
Posted by Adrienne Rewi at 2:24 AM