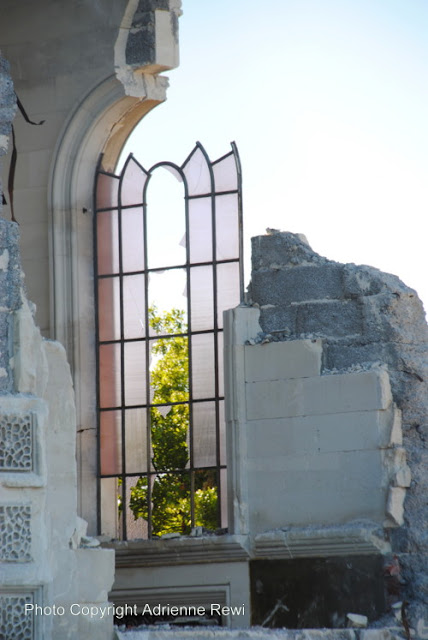 I went out biking on Sunday morning - early, before most people were awake﻿ - to get another overview of the city centre and to see what's been happening since I was last in there a few weeks ago. I cycled around all the usual spots (including the Catholic Basillica, above), amazed at how quickly things have moved on. Where, just weeks ago, there were ruins and demolitions, there are now orderly, fenced-off carparks or completely blank sections. You'd never know a building had been there. In fact, sometimes I have to pinch myself to remember what *was* there and as soon as I'm home, I feel a need to flick back through my photographic files to see things as they used to be, to reassure myself that my memory is not playing tricks. 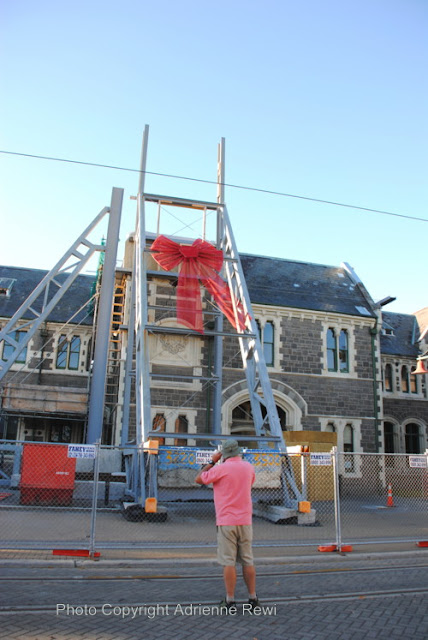 As quiet as the city was, I wasn't the only one out with a camera and this shot of someone photographing the large Christmas bow on the Arts Centre reinforcing, was too good to miss. 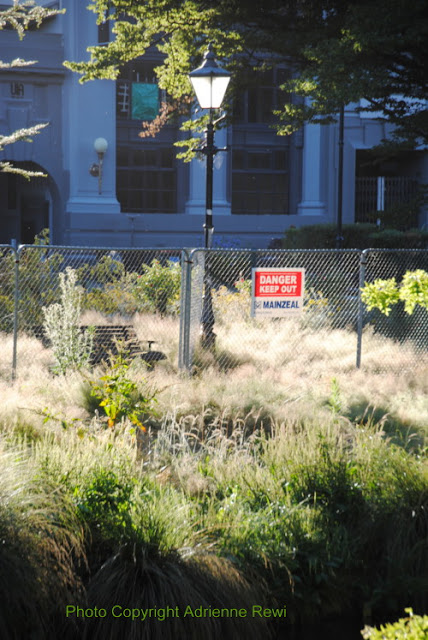 I was heartened to see that Latimer Square is now open to the public again and the lawns have been shaved of almost a year's worth of long grass. The same can't be said of the banks of the Avon on Oxford Terrace, along The Strip. I was much taken by the early morning sunlight catching at this street lamp, the abandoned park bench and the overgrown lawns. 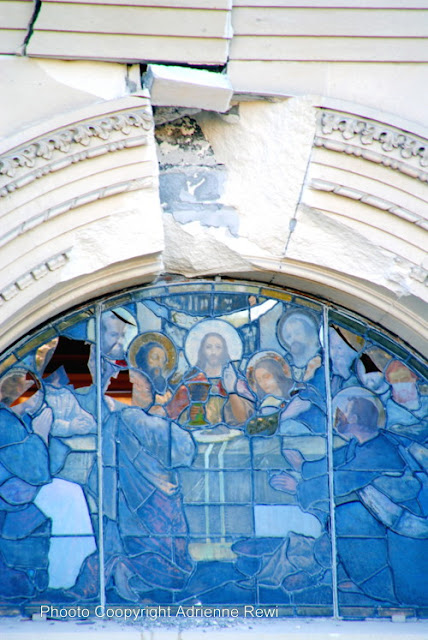 I stood a long time in front of the Basillica, thinking how lucky I was to have a record of the cathedral's magnificent, unscathed interior, taken long before we even thought about earthquakes. I chatted with a guy from a local camera club, who visits the cathedral every weekend to take photographs of its unravelling history. I picked out this tiny, stained glass detail - is it The Last Supper? (Which is something of a loaded question now). 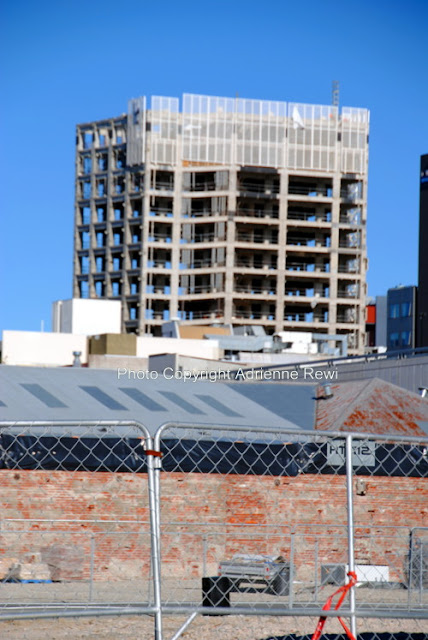 And the poor old, wonky Grand Chancellor Hotel, now a bony skeleton, a shadow of its former (ugly) self. Almost entirely stripped, it has been reduced to the same height as the Holiday Inn nearby. And in the silent, Sunday air, only the relentless,, shuddering noise of the jackhammers, hard at work bringing it down to the next level.
Posted by Adrienne Rewi at 2:41 AM