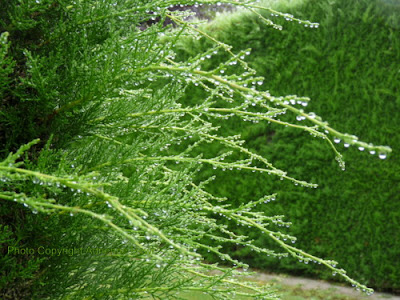 As I look out my window and see my own front hedge running rampant, untamed, untrimmed, unloved, I wonder why I planted it. As much as I adore hedges, I am not a good hedge keeper. I prefer to admire them from afar, in other people's gardens, or undulating across the countryside. The hedge has a very long history of doing just that - they've been used as field boundaries in England since Roman times. 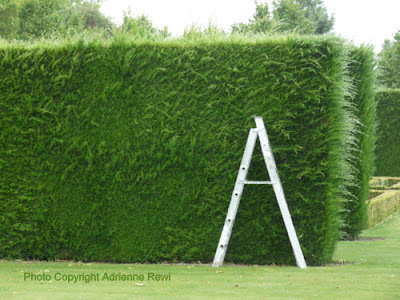 Anglo-Saxons also used hedges extensively and many that were used as estate boundaries, still exist. Systematic hedge planting didn't really begin in England though, until the first stages of The Enclosure Movement of the 13th century, when landowners started taking over common land and dividing it up with hedges. This reached its peak with the Enclosure Acts between 1720 and 1840, when over 200,000 miles of hedgerows were planted. Much later, with the intensification of agriculture in Britain after World War II, many were removed and over 118,000 miles of hedgerows have disappeared since 1950. Ancient hedges are now very often protected in Britain. 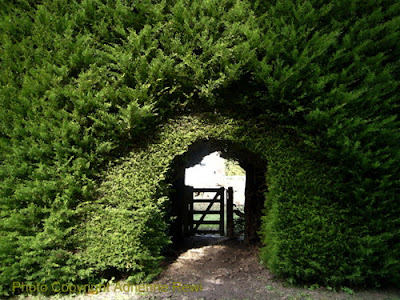 It's a different story here in New Zealand, where the hedge is either employed as a practical wind-break on a farm (especially in the lower South Island); to give structure to elaborate formal gardens; or as a utilitarian property divider in city suburbs. We have some old hedges but we don't have ancient hedges. 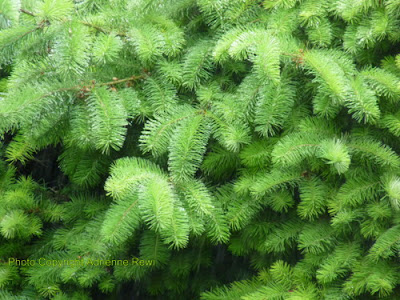 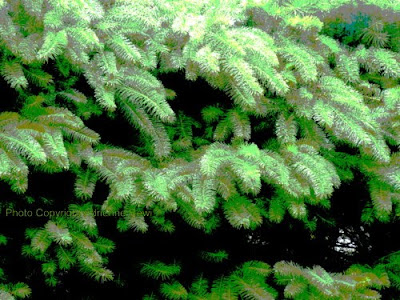 I've made no secret of my passion for hedges - as you'll see if you click Hedges in the label line below this blog. They are synonymous with my own history. I grew up in a garden filled with hedges and with a father who was passionate about maintaining them perfectly with his electric hedge clippers. It was often my job to rake up the clippings and I still remember the smell of that snipped foliage, the sound of the rake scraping across the driveway. I remember crawling into holes in hedges, hiding from brothers and friends, never thinking of spiders, insects, or torn clothes. I remember the 'treasure box' I hid safely in a hollowed-out space behind the roots of the hedge that sidled along the road-side edge of our country property - it was five steps to the left of the oak tree on the chimney side of the house. No one ever found it and even if they had, I doubt my treasures - an assortment of acorns, a china-blue chip of blackbird's egg, a rounded stone, the charcoal sticks I had made for drawing - I doubt any of those would have interested my older brothers. I remember too, the long summer days when I would roam miles from our home, traipsing across country paddocks, following the line of the spiky barbary hedges to find birds' nests. I knew all my birds - their calls, their nest shapes, the patterns and colours of their eggs; and arriving home scratched to pieces from barbery thorns was a small price to pay for the childhood adventures.
Perhaps my childhood memories of hedges are the key to my love of photographing hedges all these decades later - not so much for the sheer physical beauty of the hedge, or even its wayward, scruffy dishevelment but rather for the way they trigger memory. Like the sparrows I watch outside my office every day - their chubby, feathery forms wobbling on the bare winter branches of my birch trees. I can't see them without thinking, in some random unkempt corner of my mind, of the big, unruly sparrow nests I found as a kid, tucked into the eaves of our garden shed - riotous gatherings of straw with a soft, hidden, inner belly of feathers and fur. Memory and history are like that - interwoven, unordered, ready to spring upon us in unexpected moments, in our confrontations with the everyday. Personal histories are written in those hedges, those birds' egg fragments, those nests, those single, treasured, polished stones.
Posted by Adrienne Rewi at 2:02 AM