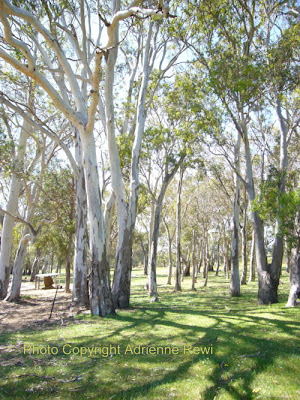 I don't know why I spend so much time trying to photograph Australian gum trees - it's not as if we don't have plenty of the good old Eucalypts in New Zealand after all, but there's something special about them in their own Aussie environment; and they're so quintessentially Australian. Call it a challenge - and it is most definitely that. I have come home with hundreds of photos of gum trees and most have ended up in the delete bin. Turns out it's actually quite difficult to capture all those forms and shadows without it looking like...well.... a boring solid mass of trees. I was reasonably happy with this shot - taken one soft, sunny morning on a massive drive around the Fleurieu Peninsula, south of Adelaide in 2007. If you just happen to be travelling to Adelaide, I'd strongly advise you to pick up a rental car and make a day of it - better still a couple of days because there are plenty of wineries, beautiful landscapes and interesting towns to visit. The south of the peninsula also gives you access to Kangaroo Island. 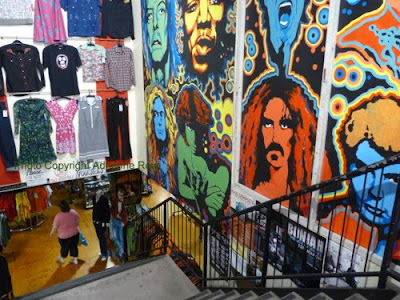 I love Melbourne's Flinders Street - that one mile long (exactly they tell me) stretch named after explorer, Matthew Flinders, that runs almost parallel to the Yarra River. It's where you'll find the incredibly busy Flinders Railway Station which is, in my view, just about one of the best people-watching places on the planet; and just across the road, Federation Square with its galleries, cafes, restaurants and events. I'm heading across the Tasman in a few weeks' time and you can be reasonably certain that I'll be spending an unnatural amount of time hanging out here with my camera. 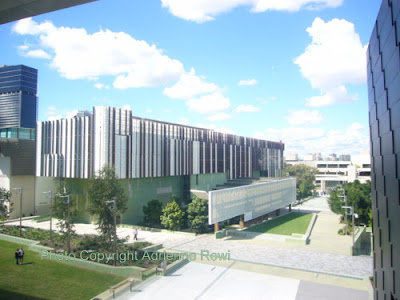 This is the very handsome State Library of Queensland in Brisbane, which is located in front of the Queensland Museum of Art. It opened after extensive redevelopment in 2006 at the hands of Australian architectural practice, Donovan Hill Peddle Thorp. In 2007, it was voted Australian Building of the Year by the Royal Australian Institute of Architects. I spent half a day in both buildings back in 2008, on my way home from a wild adventure in the Queensland Outback. Brisbane, it must be said, seemed tame and very civilised by comparison. 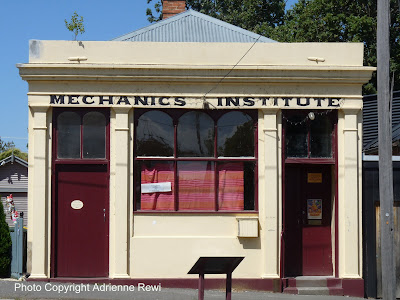 A perfect little building in the Victorian town of Malmsbury - little more than a speck on the map, with just 587 people (or thereabouts), 96km northwest of Melbourne. Gold was discovered here in 1858 and the town became a centre for diggers on their way to Bendigo and Castlemaine. I discovered it in 2010, when I hit the road in rural Victoria with a map, a camera and an assortment of drinks and snacks. From Woodend, an hour north of Melbourne, I headed north past Kyneton, and turned off the highway, heading for Malmsbury, then in a giant loop back to the south, and north again to Woodend. It was one of those magnificent days of taking ten hours to do a trip that would normally take 3-4 hours - stopping all along the way to explore and take photographs. My idea of heaven.
Posted by Adrienne Rewi at 2:47 AM