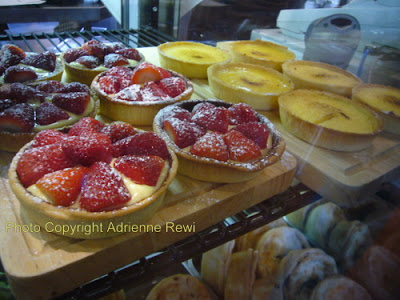 Fruit and custard tarts were all the excuse I needed to visit the single cafe in the tiny village of Macedon, just off Calder Highway, between Melbourne and Bendigo in the Macedon Ranges. A post office opened here in 1859 and until 1870, it was known as Black Forest. When the Ash Wednesday bush fires swept through in February 1983, many of the town's homes were destroyed. Today the population hovers around 1450. 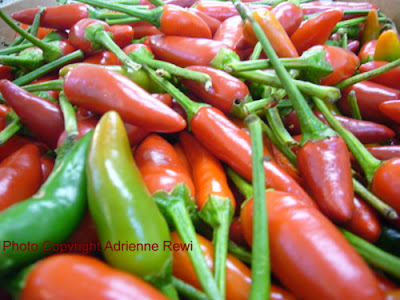 Woodend is not far from Macedon. It's a much bigger though and I visit most years to see family there. It's a pleasant spot about an hour north of Melbourne and conventiently, on the Melbourne-Bendigo commuter line so the big city is a leisurely train ride away. I use it as a base for my forays into the Victorian countryside. 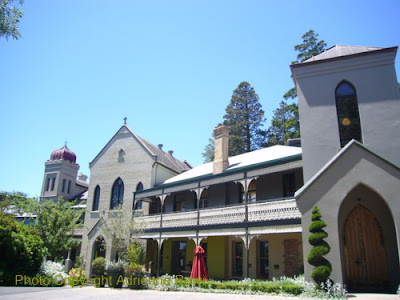 The popular spa town of Daylesford is another Victorian gem; and it's here you'll find the grand old Convent Gallery, close to Wombat Hill and the Botanic Gardens. It was originally built in the 1860s as a private residence for the Gold Commissioner and was later sold to the Catholic Church in the 1880s. They set it up as a convent and boarding school, which operated for almost a hundred years. It lay deserted for some time after that, until artist, Tina Banitska discovered it and took on the astonishing renovation project, which now stands completed. The Convent today features several art galleries and shops, the Bad habits Cafe, the Altar Bar, ghost tours and a wedding function centre. 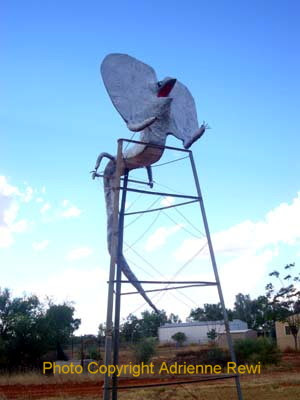 I discovered the tiny Southwest Queensland town of Eulo in 2008, when I visited Cunnamulla, 67km to the east. Little more than a pub, a general store and a huddle of houses, it's home to around 70 people. Every August though, people come from near and far for a day out at the Paroo Lizard Race Track, which is marked by this distinctive statue of a giant frilled lizard, proving yet again, that the Aussies will bet on just about anything.
Posted by Adrienne Rewi at 2:47 AM