Sumner - After the Earthquakes 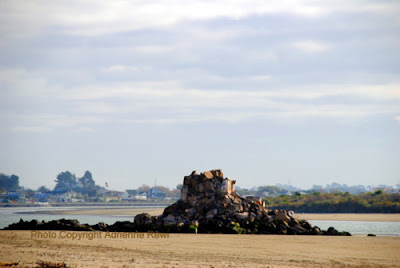 Rapanui, more commonly known as Shag Rock, is not what it used to be.
Once around 11-metres high, the iconic Sumner/Recliffs landmark has been reduced to an unsightly hump on the end of the beach, at the mouth of the Avon-Heathcote River Estuary.
Just another sad loss we can blame on the earthquakes that have plagued the Canterbury region since September 4, 2010. 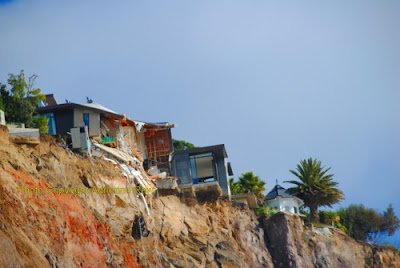 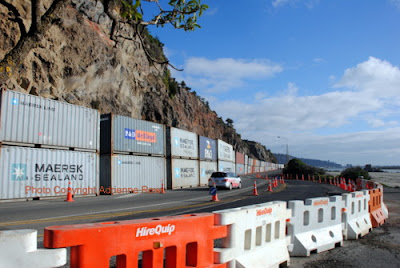 As you head around the cliffs to Sumner Village, there's a sense of running the gauntlet - especially under Kinsey Terrace, where broken million-dollar homes teeter on the top and hefty, concrete-filled containers march in soldier-like rows around the base of the cliffs - ostensibly to catch any falling debris - huge boulders and falling houses alike. 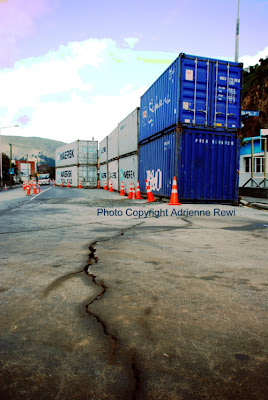 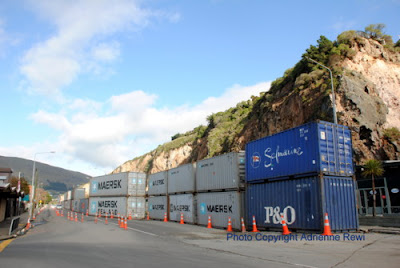 These images of the main street of Sumner speak for themselves.
Like most roads in Christchurch, they've been cracked and torn assunder.
And the march of the containers, continues right around Wakefield Street and down and around Heberdeen Avenue. It's quite an impressive sight. 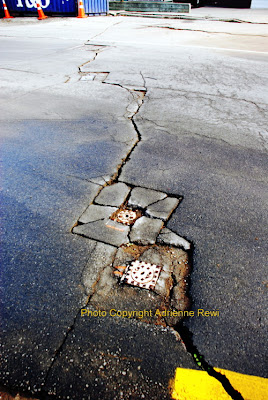 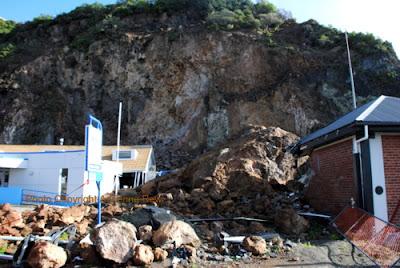 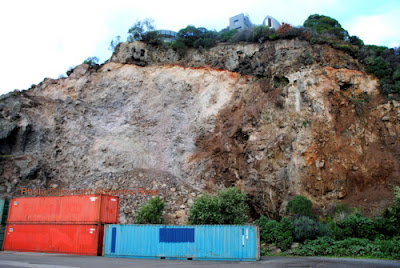 Settled from late 1849-early 1850 by workers building the road to Lyttelton, Sumner is one of the oldest settlements in Christchurch. Named after John Bird Sumner, who was the then newly-appointed Archbishop of Canterbury and president of the Canterbury Association, it got its first shop in 1870. The proprietor of that shop, one S.E Horneman, was also the village postmaster from 1873-1876. Located right beside the sea, it went on to become a popular seaside resort. A friend of mine remembers catching the tram out to Sumner as a child. Her grandparents, who lived in the centre of Christchurch, had a holiday cottage by the beach there. So did many others. 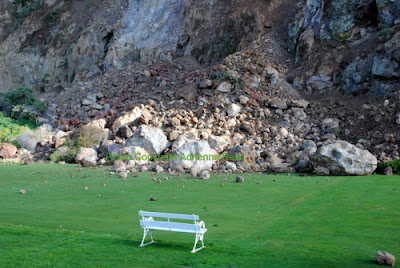 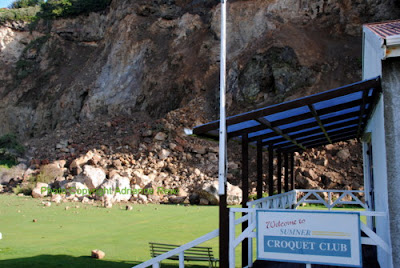 These days it's a wealthy suburb. The cliff-top homes and sections sell for a premium and hillsides are heavily dotted with expensive modern homes and owners, who want a slice of those beautiful ocean views. That was the case prior to the earthquakes anyway. Now that the cliffs have become so unstable and many homes have been damaged beyond repair and owners evacuated, it may be some time before Sumner prices recover. 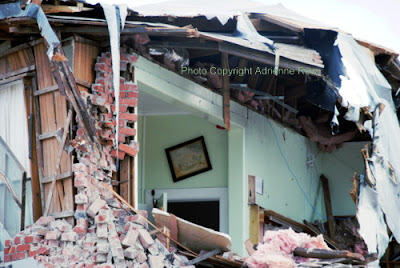 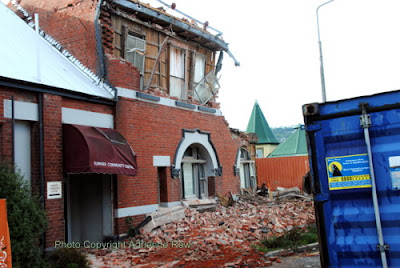 The village itself is struggling too. The streets have a desolate look to them.
The Sumner Museum and Community Centre at its heart (above), has now vanished - demolished a fortnight ago, leaving another hole in the settlement's retail fabric. I like to think that come summer, things will improve; that winter is as much to blame for the quiet streets and the empty beachfront, as the earthquakes are. But like much of Christchurch, it will take much longer to heal.
Personally, I'm done theorizing about how and when that might happen. I'm over discussing after-shocks and when I start seeing beauty in the ruins, I think I've become a little immune to the devastation they've caused. I'm not sure if that's a good thing, but I keep telling myself it is a worthy distraction from our broken reality.
Posted by Adrienne Rewi at 3:00 AM