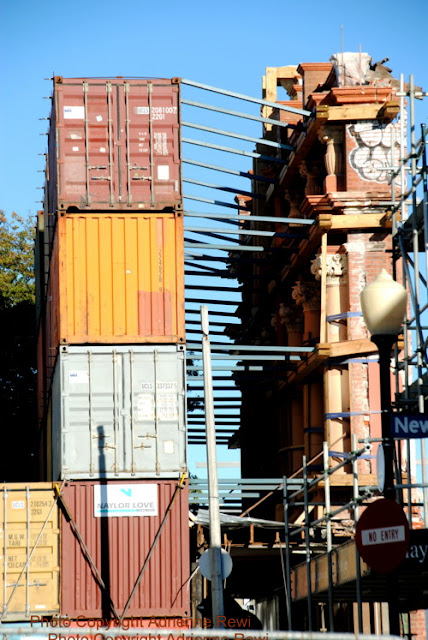 Theatre Royal Facade, Gloucester Street
It's been many weeks since I wandered around the inner city Christchurch Red Zone with my camera.
I had reached one of those saturation points that comes upon me after months of photographing the brokenness of this place.
When I set off early this morning, I didn't expect to find too many changes, and in the larger sense of things, that proved to be true. But after roaming this city throughout the two-and-a-half years since the first September 2010, 7.1 magnitude earthquake, I  am always surprised b y what I discover in the detail of things. 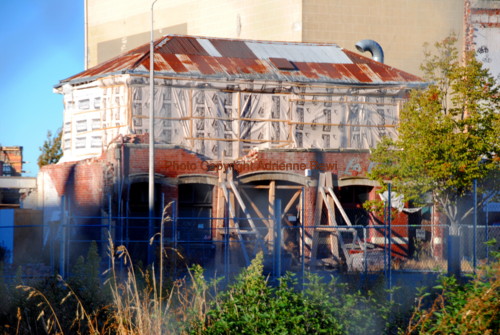 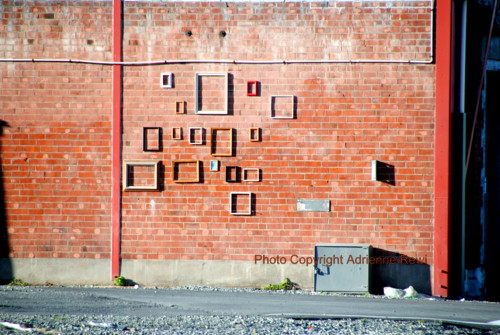 Framed, Madras Street.
Streets I have walked a hundred times before, still have the potential to deliver surprises - some brand new, others that have been there all along, just waiting to be seen. We miss so much of what goes on around us.
We spend too much time, walking from place to place, looking through half-open eyes. 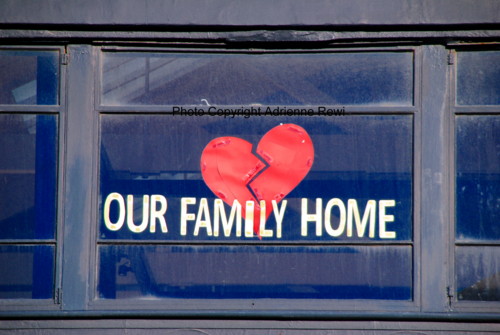 The inner city home of a friend 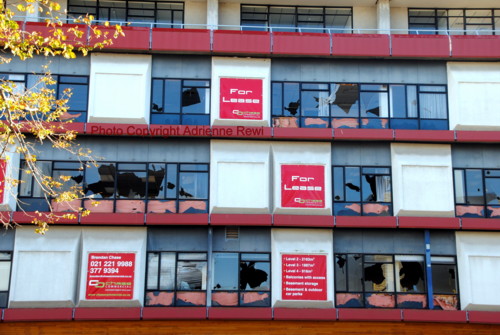 Building for Lease, As is, where is - Hereford Street 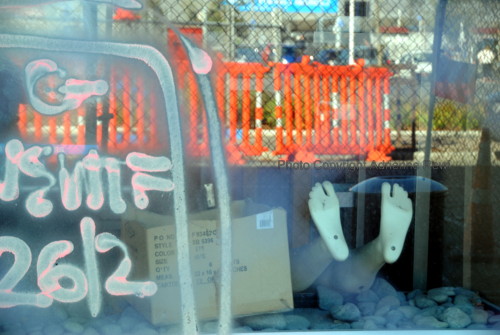 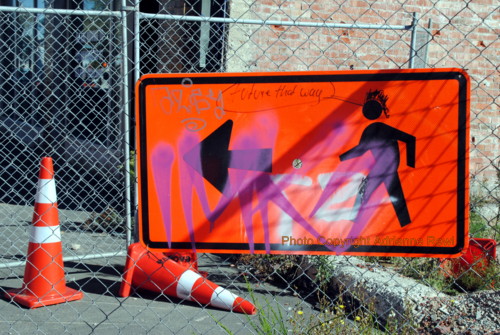 "Future that Way," Tuam Street
I suppose, like most people, I should find this wholesale destruction of our city distressing and depressing; but I've moved passed that. I do of course have moments of deep sadness for the way Christchurch has changed beyond recognition, but for the most part, I am now buoyed by a growing sense of excitement. 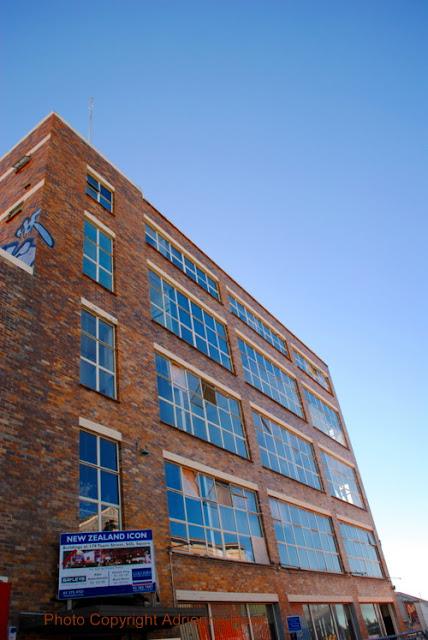 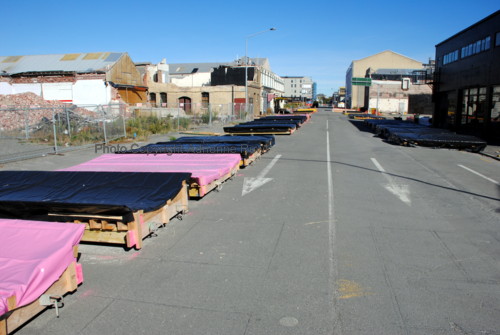 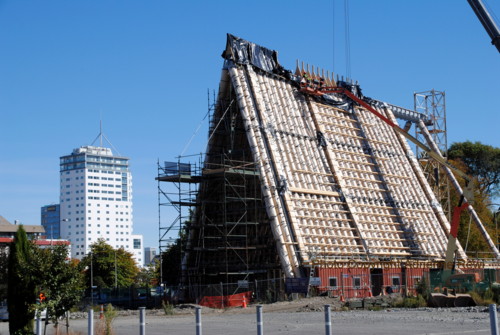 It's an excitement for the promise of the new and for the unpredictable and ongoing change.
Not everyone likes change.
I love it.
For me, cities should be about change and evolution. It would have been preferable of course, not to have had such dramatic change (and loss of life) forced upon us by the forces of nature but would conservative Christchurch ever have *really* looked at itself otherwise? 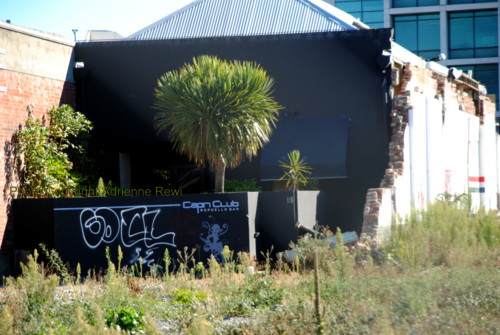 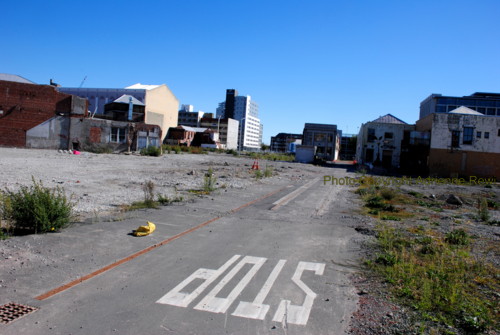 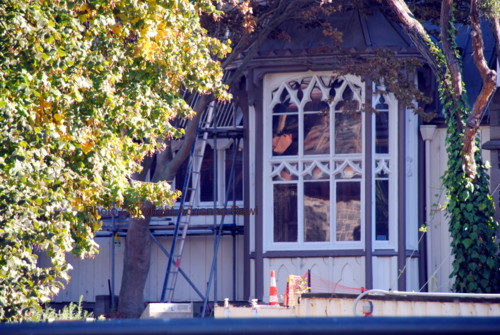 "Let everything - almost everything - change with a will, in any city that you love. People gush and moan too much about the loss of ancient buildings of no special note - "landmarks" and "links with the past." In towns, as in human bodies, the only state of health is one of rapid wasting and repair."
C.E. Montague. "The Right Place." 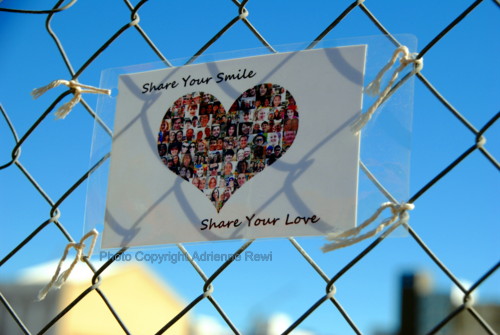 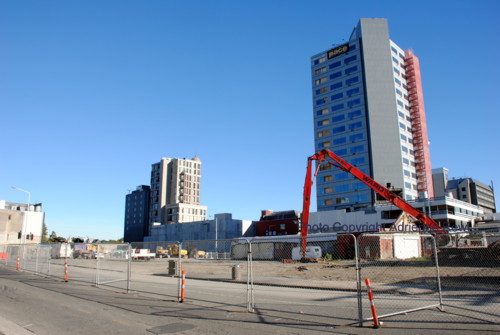 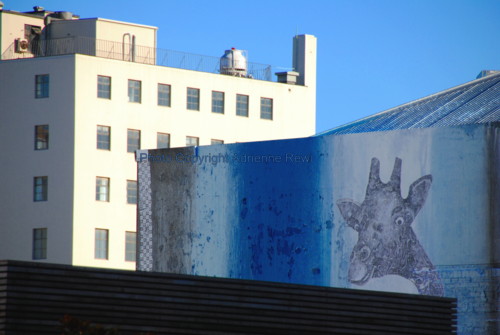 Any change, even a change for the better, always has its discomforts and drawbacks; but sometimes, having change forced upon us, makes us 'go to new places.' It forces us to think differently, to live our lives differently and, in the case of a city, to build differently. That's where the excitement lies for me. 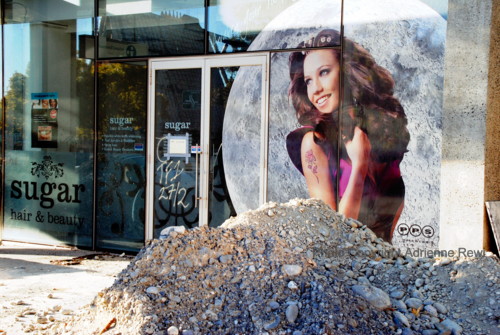 A Girl and Her Rubble - Cashel Street 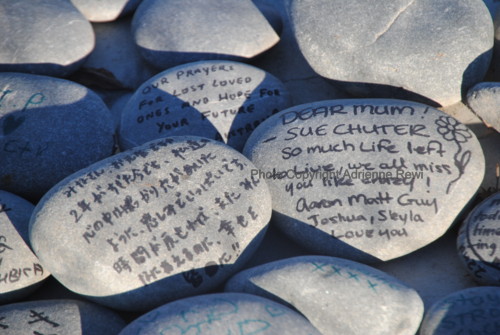 Life in Christchurch now is all about change. It's like living inside a kaleidoscope. Nothing is still. Every part moves (sometimes literally). Few things are constant. 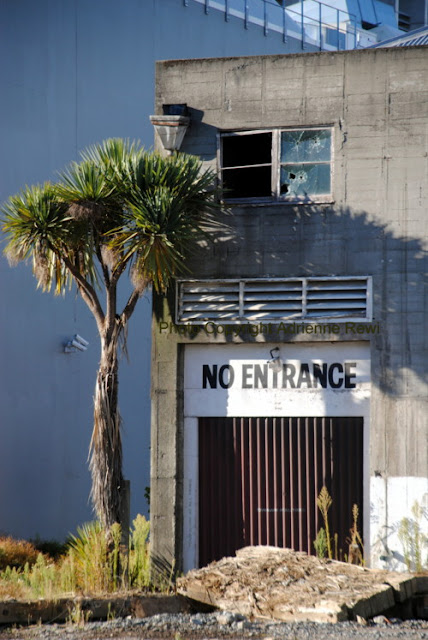 No  Entrance - with a Cabbage Tree, Hereford Street. 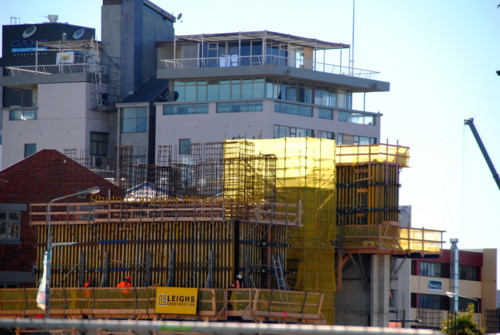 "Since changes are going on anyway, the great thing is to learn enough about them so that we will be able to lay hold of them and turn them in the direction of our desires. Conditions and events are neither to be fled from nor passively acquiesced in; they are to be utilised and directed."
John Dewey. "Reconstruction in Philosophy." 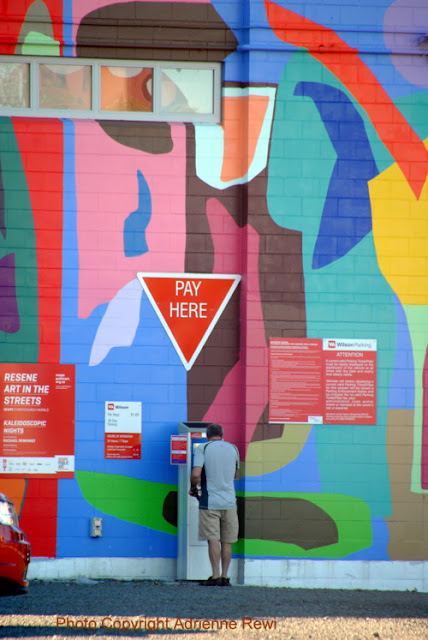 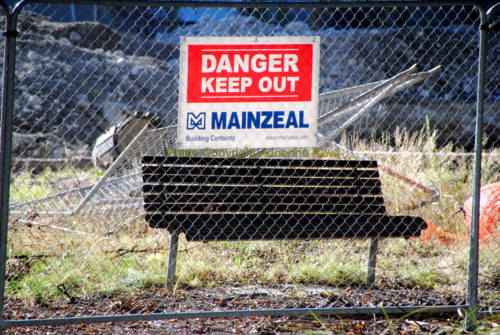 We're all changed in Christchurch and I hope we will all keep changing, just as I hope the city will keep changing. Nothing is meant to last forever.
We never know when the next change is going to occur, or how big or small it will be. We never know what unexpected opportunity is just around the corner. But I do know there are unexpected opportunities of every kind, lurking in every corner of Christchurch's broken body.
I celebrate that.

Posted by Adrienne Rewi at 7:58 PM No comments: