In the Suburbs - Four Years On. 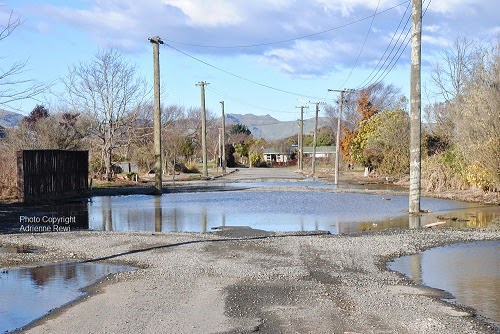 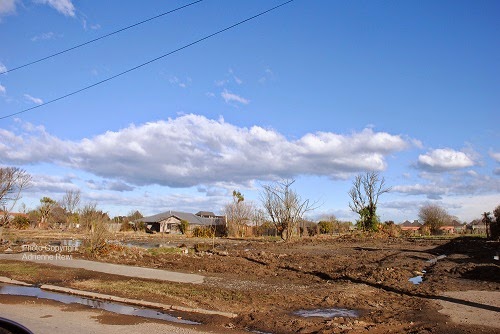 There was a wild nor'west wind blowing this morning when I set out for North New Brighton and Bexley to see what's become of these two earthquake-ruined suburbs over the last six months. I've visited these areas - and many others - regularly over the last four years, since the first earthquakes, and it's been both intriguing and deeply saddening to watch their decline. 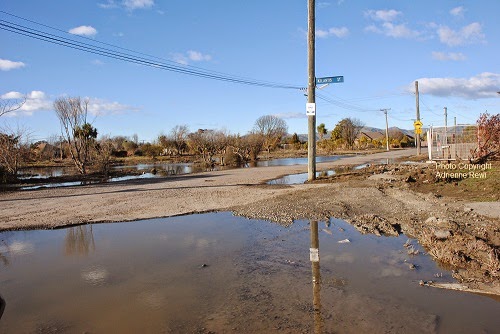 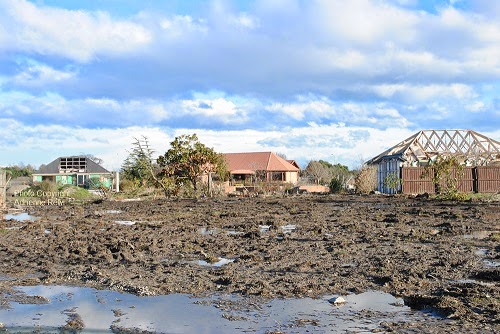 As shocking as the earthquake damage seemed in the beginning, it wasn't until much later that for me, the real impacts hit home. When roads flooded on a regular basis, when people moved out, when the first homes started to be demolished - that's when it struck home that the Christchurch earthquakes had had impacts that would set this city back decades. 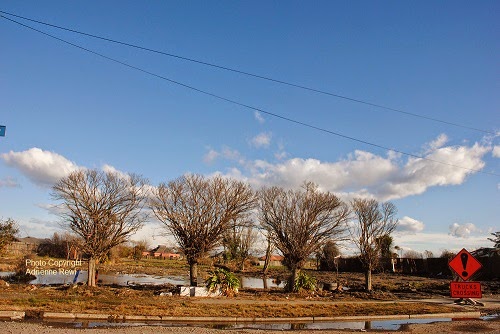 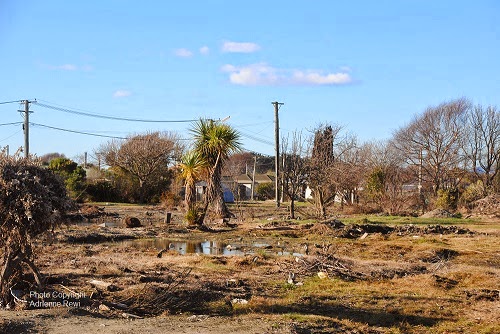 These streets in North New Brighton and Bexley show the grimness of the residential aftermath. Yet to be fully wiped clean of ruined houses, yet to be graded smooth and planted over with fresh grass seed, these red zones have a desolation and a loneliness that is difficult to describe. You can't capture the devastation fully on camera but you can certainly 'feel' it and see it, as you drive through.

My own home is currently being repaired by EQC and because of that I think, I have become a little blase, a little complacent. It's not that I've forgotten these ruined places or the former residents whose lives have been turned upside down; but with long-awaited house repairs comes a singular joy - a sense of disbelief actually, that you're finally on the road to recovery and with each fresh coat of paint, it's easy to be side-tracked from others' grim reality. 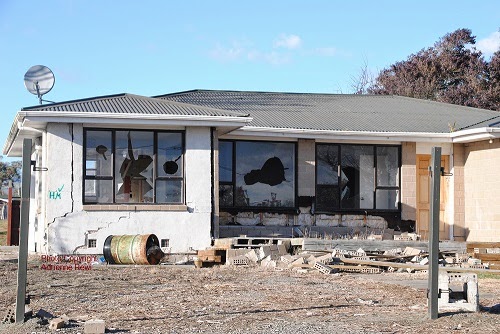 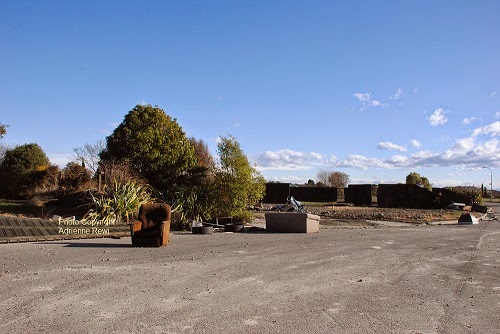 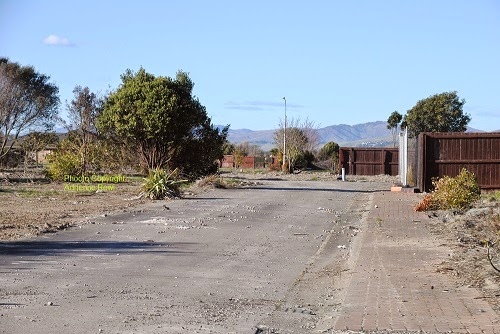 Today these suburban places lifted me out of my complacency.
They slapped me in the face with the toughest of emotions - loss, grief, anger, abandonment, loneliness, despair - their vast tracts of mud, broken roads and skeletal trees all the sadder in midwinter. 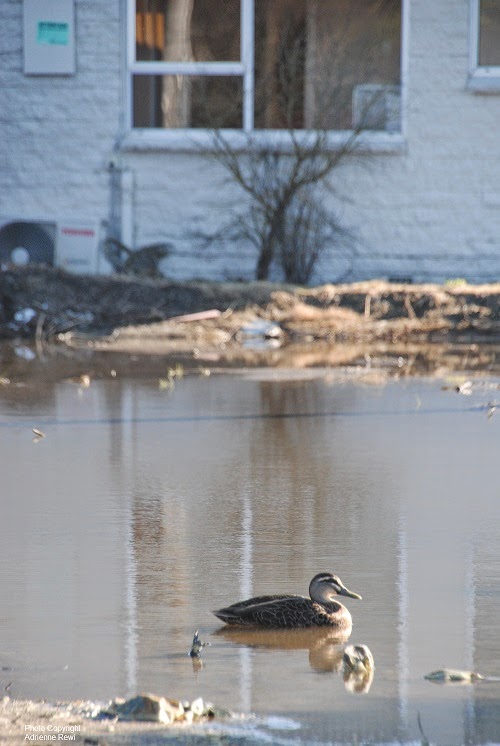 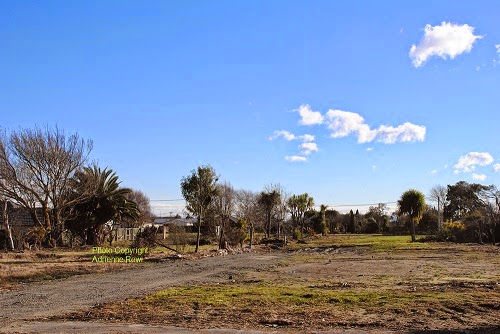 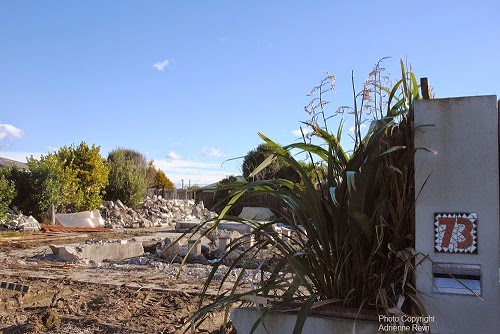 There are new habitats here now.
The ducks, the bossy plovers and the proud pukeko - they all stride across the gouged-out roads with a new confidence, with a sense of territorial ownership that brings you up short. It's odd and unexpected and charming all at once. 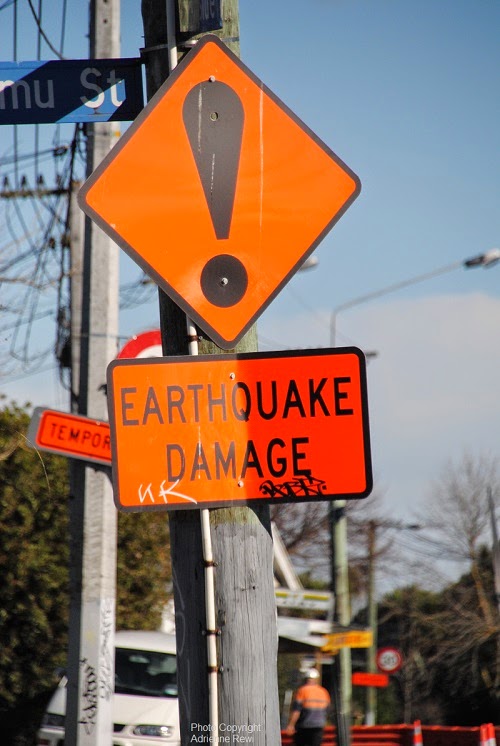 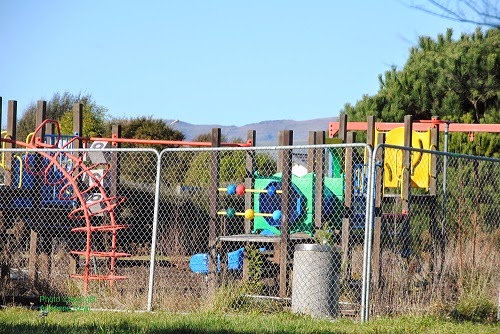 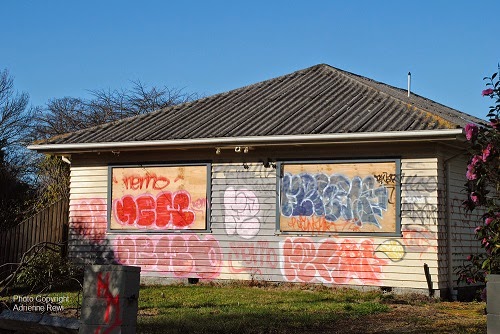 In many places, the roads - if they can still be called that - are barely recognisable. They're deeply rutted, often flooded and a trap in waiting for the under-carriage of cars travelling too fast. Not that you see many of those in these areas now either. There may be an occasional sightseer, or perhaps a former resident returning to their old neighbourhood.
It's hard to know what turmoil of emotions must be confronting them as they drive through these abandoned, creepy streets. With rotting rolls of carpet and abandoned furniture strewn along street edges,  and graffiti rampant, there's no longer a sense of residential safety here. It's ghostly almost, eerie. 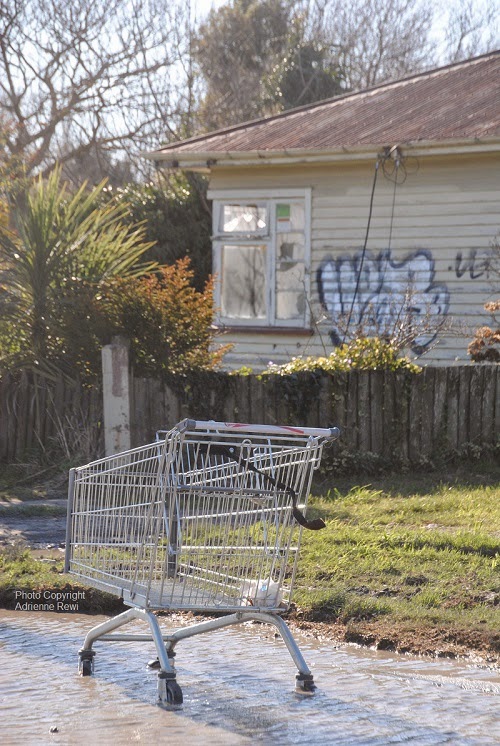 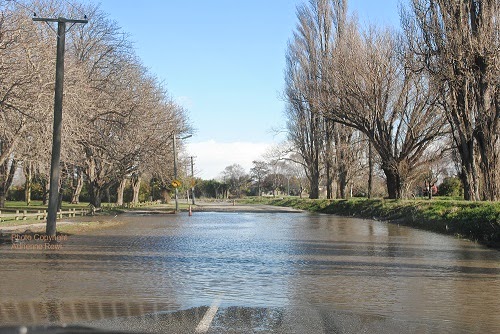 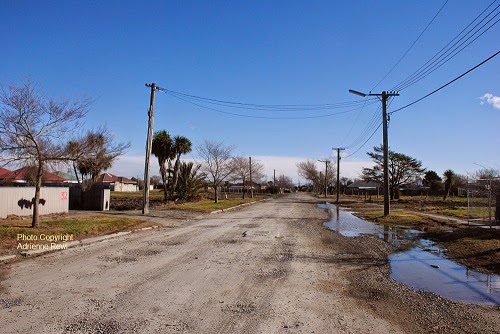 The ruin is heartbreaking, the sense of loneliness palpable.
The overgrown, fenced of children's playground, the single brown velvet chair at the end of a culdesac with its stuffing torn open - both metaphors for the rupture of suburban comforts. 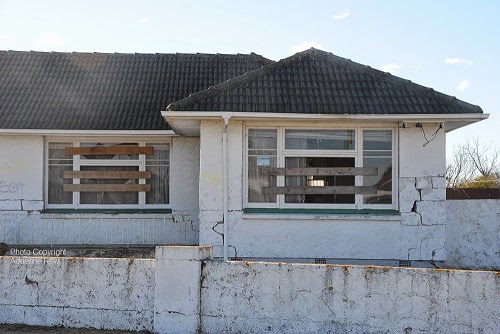 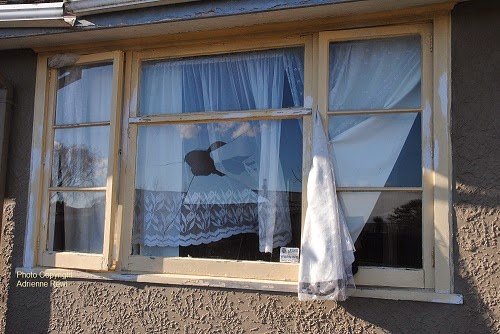 I sit here now, in the comfort of my temporary EQC accommodation in the heart of Merivale knowing that my own house further east is on the mend. I should be happy but I feel the deep and indescribable sadness - that sadness that descends so often and so unexpectedly on so many Christchurch people; and I realise at last, that it may never go away.
Posted by Adrienne Rewi at 4:22 PM 2 comments: