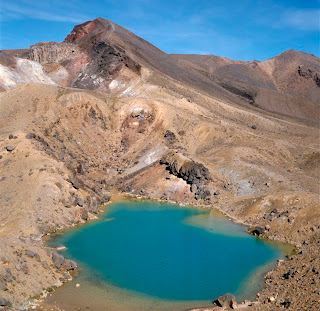 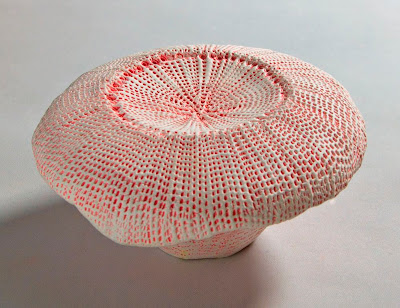 I’ve just caught wind of an exciting 2009 touring exhibition that, sadly, is not coming to Christchurch. If the preliminary photographs I’ve been sent are anything to go by, “Len Castle: Mountain to the Sea” looks to be a spectacular show. Organised by the Hawke’s Bay Museum & Art Gallery, it opens in Whangarei on December 14th this year and travels to Auckland, Rotorua, Palmerston North, Nelson and Invercargill in 2009. It presents a stunning collection of Castle’s ceramic work – approximately 60 works from his Volcanic and Sea Secrets series that he has been developing since the 1990s – in partnership with photographic images of the landscape that inspired his works, plus poetry by ten leading New Zealand poets. Castle, one of our best known ceramic artists, has been photographing our rugged volcanic landscapes since the 1960s and I expect it will be quite something to see his dramatic images in unison with the spectacular ceramic works that mimic elements of the land.
www.hbmag.co.nz
Supplied Images: Top: Tongariro Emerald Lake c.1985. Photo by Len Castle; Centre: Len Castle 2008, Photo by Chris Hoult; Bottom: Sea Secret, 2005, Earthenware. Photo by David Frost.
Posted by Adrienne Rewi at 12:06 PM