Thoughts on an Earthquake 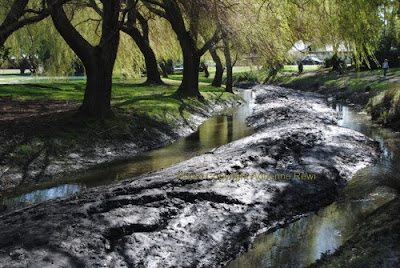 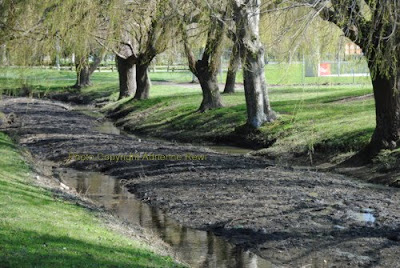 When a 7.1 earthquake struck Christchurch on Saturday, September 4th at 4.35am, I had just woken and was about to get up and start writing. Instead, within seconds, I found myself clinging to a door frame, terrified, and sure my house was about to fall around me. It didn't. I was one of the lucky ones in that sense. That thought has been driven home in the days since as I have watched the drama unfolding on television. 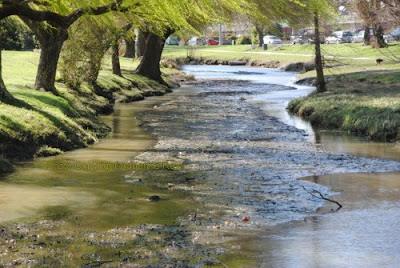 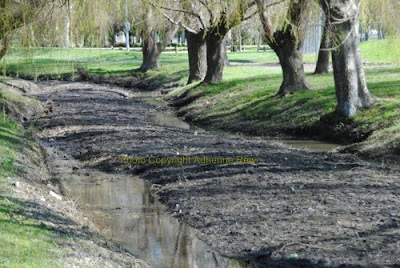 Today I set foot outside for the first time in 6 days - this because I am in the middle of writing a travel guide manuscript and am 'chained to my computer' and also, if I'm truly honest, because I have been too terrified to leave the house - despite the fact that it has been rocked senseless by after-shocks now too numerous to count. My short hour's drive around the eastern suburbs near where I live - the Avonside-Wainoni area - has been a sobering business and of all the devastation, it is the torn up roads and this, the Avon River, near Wainoni, that I found most disturbing. 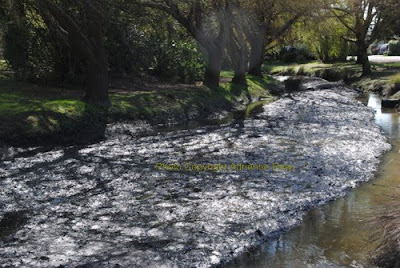 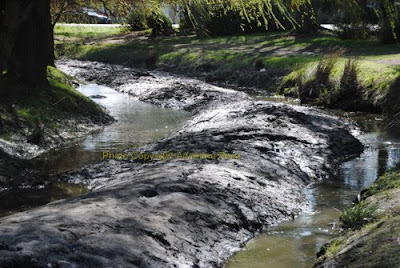 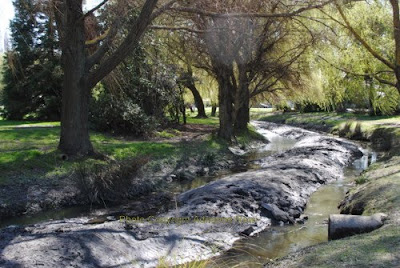 Somehow you half expect buildings and other man-made structures to tumble in an earthquake but I for one, did not expect to see the ground spurting little volcanoes of sand and water. And I certainly did not ever think I would see a river disgorged of its water, its bed twisted and bulging like some giant muddy abcess. I've always felt a deep affinity to the landscape, an abiding certainty about its permanence and solidity. Naive perhaps, given that New Zealand is riddled with earthquake faults and geothermal/volcanic activity; but I've never had cause to doubt it - until now. And that's what I find most frightening. A certainty has been challenged and disproved and I no longer feel safe.
That's what haunts me now. Not the broken houses, the shattered glass, the fallen walls.
But this tortured river bed.
Posted by Adrienne Rewi at 2:43 PM

That is so damn freaky! We haven't seen anything like this, but we took a drive around and took in the Repertory theatre etc.