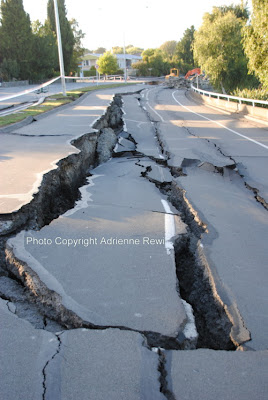 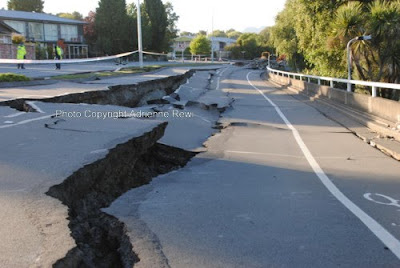 I went out for a bike ride this morning - early - before the queues of cars started clogging the Christchurch streets, kicking up the giant clouds of dust from drying liquefaction now piled high throughout the city's eastern suburbs. Residents - myself included - have been working hard since the 6.3 earthquake struck Christchurch on February 22, six months and around 5,000 aftershocks after the first big 7.1 quake struck on September 4th last year. This time, the damage has been much more severe and much more localised and, as most people now know, the loss of life in the central business district has been significant, with the death toll still climbing. 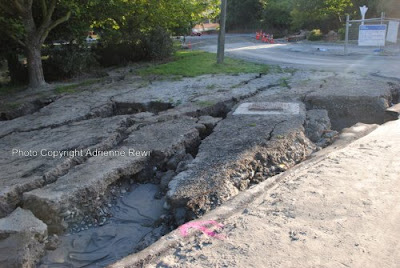 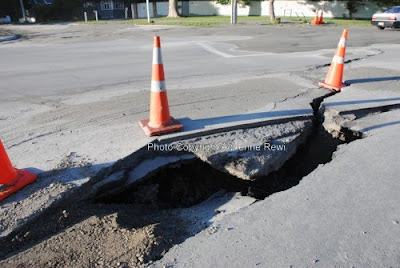 As I cycled around the broken streets of Avonside - many of them freshly repaired from the the September 4 quake and once again destroyed, I was overwhelmed with sadness. We've all seen the news coverage - the crumpled inner city, the tireless rescue teams at work - but even so, there's a sense of disbelief and incomprehension that this could happen in New Zealand. Why I'm not sure because we've all been raised to know that we live on an earthquake faultline. But everything about the series of events that have occupied Christchurch hearts and minds for the last six months, seem inexplicable.
In the last 6 days I have received dozens of emails, phone calls and text messages asking 'Are you ok?'
"I'm fine," I invariably answer.
Mostly because, physically, I am. But also because I just don't know what else to say. How can you explain the psychological impact of six months of thousands of after-shocks and the turmoil of the big quakes and the hideous destruction they've brought to our city? How do you explain the uncertainty - about everything, the fear, the insecurity and in many cases the utter despair of loss - of life and possessions - and the reality that nothing about your life will ever be the same again. That, I hasten to add, is not about feeling sorry for yourself; it's just the way it is. 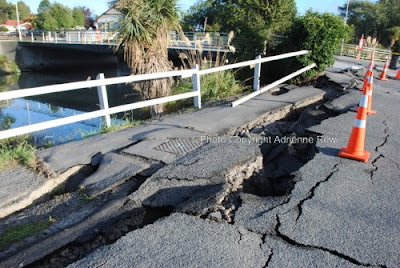 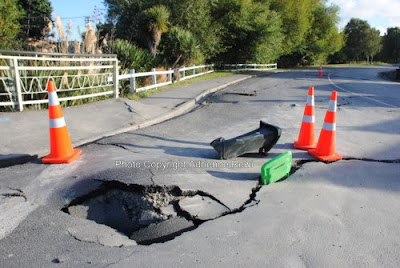 The media of course, home in on the big events. As a journalist myself I understand that. But out in the suburbs there's a different level of suffering. It may seem 'less spectacular but it is insideous and ever-creeping. You see it in the small things - the piles of filthy liquefaction stacked up on roadsides that I know, from personal experience, take hours of back-breaking labour to shift. You see it in the piles of sodden, torn-out carpet and furniture left on the roadside for collection. You see it in the rickety, hurriedly formed signs pleading for Port-a-Loos or offering free well water. It's there, in the red-stickered houses, the crumpled houses, the abandoned houses with grass now tickling the windowsills. And most of all it's in the people - most of whom hide their personal suffering and brush away their fears and uncertainties with humour and acts of goodwill and kindness to others. 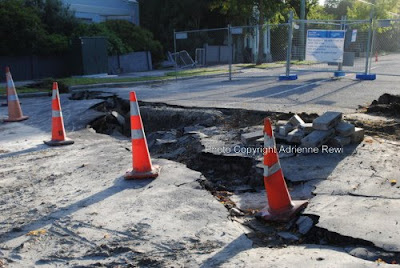 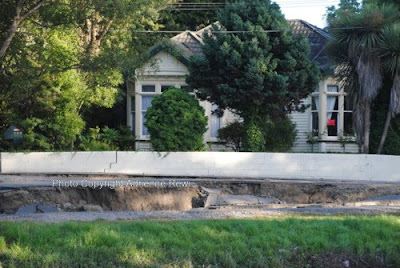 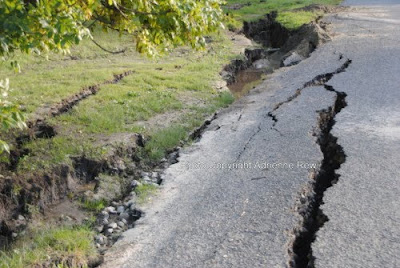 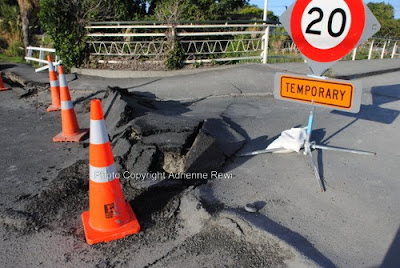 The photographs that you see here were all taken on one small stretch of Avonside Drive, except for the top two, which show a weird contortion on Fitzgerald Avenue beside the Avon River. Magnify this sort of destruction at least twenty times - out across the whole eastern side of the city and you get an idea of why I worry how Christchurch will ever come back from this. How long will it take to repair the roads alone much less the bridges, the water, phone and sewerage lines, the schools, the homes and, of course, that mangled inner city business district? And that's before we even get to the despairing, dispossessed people who mourn the loss of so much - especially their sense of surety and certainty. Life without those, amid so much destruction is a fragile thing.
Posted by Adrienne Rewi at 12:04 PM

Great piece Adrienne. I'm confident Christchurch will come back from this. Napier recovered from a worse beating and we will too. We might have to dig the roads down a bit deaper than usual to repair them, but they can be fixed. There'll be no shortage of rubble to fill in the holes, that's for certin.
What will be very hard is how long it will take. We will need to be steely willed and more patient than a man watching paint dry. Many won't be able to do it, and who can blame them. Christchurch will survive this.

Thanks Greg. Yes, I'm sure you're right about Christchurch surviving - and about it requiring many years of hard work. And we'll all probably be the better and stronger for it - ultimately. - Adrienne

This is an excellent piece of work - I must read more of what you do. You truly brought to life the suffering of the peop;e in Avonside, and how much you empathise wit them Thank you, Margaret