To Cathedral Square and Back 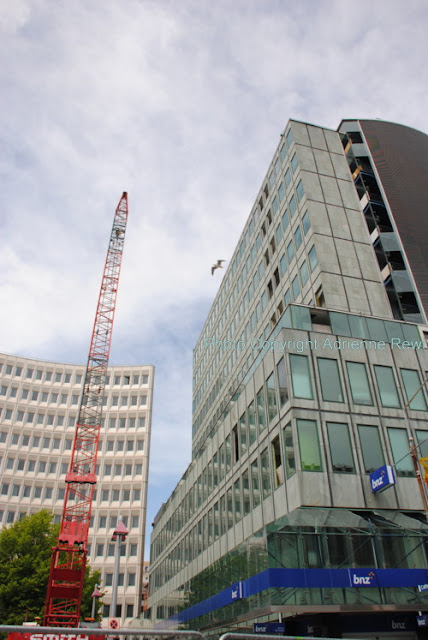 Last Sunday, I took a walk into Cathedral Square to get that obligatory shot of the broken cathedral. That sounds a little callous perhaps and in truth, unlike many, I didn't find it a particularly emotional experience. I have always loved the Christchurch Cathedral as an architectural statement and I appreciate that for many, it is a Canterbury icon. But for my part, I'm a little 'cathedraled-out.'﻿ It's had such an obscene amount of news coverage - especially compared to the far more impressive Catholic Basilica across town - and I always knew that for me, standing in front of the ruin was going to be an anti-climax - if that's a term that can be applied to earthquake ruins. 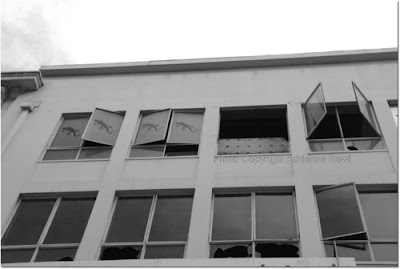 I was - and always have been - much more interested in 'the lesser buildings,' the everyday fabric of the city, the places where daily lives have played out in ordinary and extraordinary ways. The big BNZ building for instance (top image) is one of the next to be demolished and that will create yet another wound in the architectural perimeter of the Square.  And I like the eerie abandoned quality of so many of the shops - places we've walked by so often and never really noticed. Now, as doors and windows swing open and shut in the wind, we think about what might have happened inside the empty shells. The ghosts of busy days gone by. 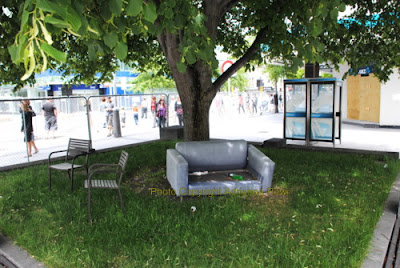 I love the unexpectedness of a sofa in Cathedral Square.
And the shabby, overgrown grassy patches that would never normally be tolerated in the Garden City 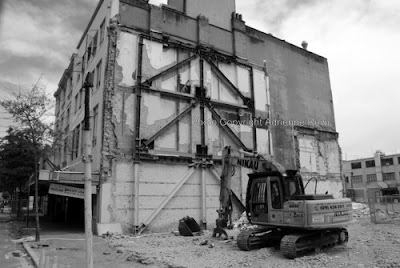 I am fixated (photographically speaking) on diggers, cranes and torn apart walls, on the patched exteriors, the building scars and the broken masonry. 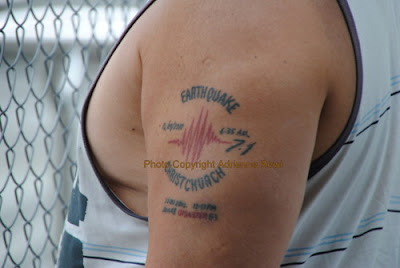 And the poignant personal statements you come upon without warning - a tiny note on a wire fence, a rose stuffed between steel girders, or here, a tattoo commemorating the Christchurch earthquakes - the pain etched into skin, never to be forgotten. 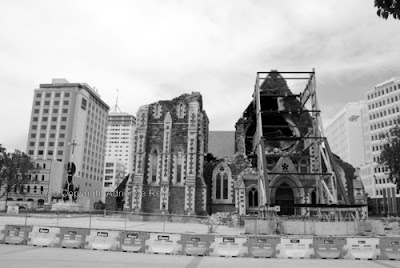 The Cathedral itself, is a sad sight - a broken shadow of its former self. 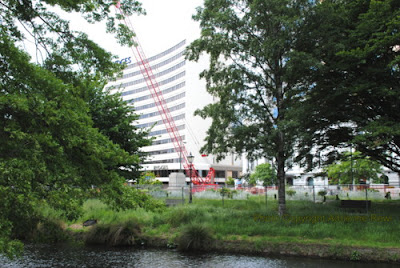 But I'm more interested in the abandoned grassy banks of the Avon, along Oxford Terrace, where the grass is now nearly hip-high and the park benches are barely visible. It's a sight so far removed from my memory of a crisp, clean, clipped, immaculately-presented Christchurch that I stand in awe of it. 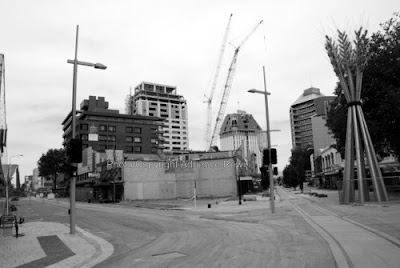 I am lost for words when I see once-busy city intersections covered in leaves, debris and broken buildings. Not a soul in sight. It's how you m ight imagine a scene from some weird, futuristic movie where people have been wiped off the face of the earth. 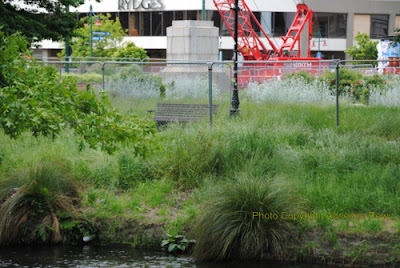 The interlocking panels of wire fencing adding to the feel of a city cut off from the world - a forbidden place. 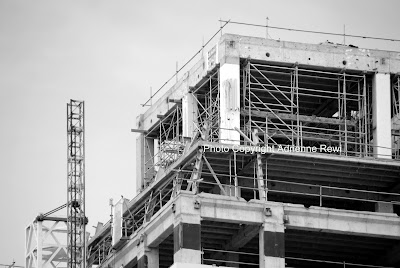 I revisit current demoltion sites over and over - this one the Grand Chancellor - in the hope of better coming to terms with the eroding cityscape. 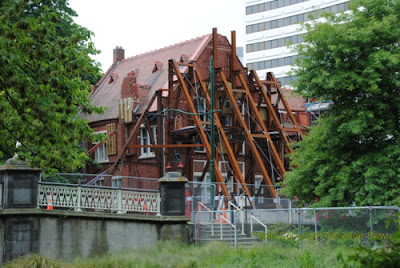 And I marvel at the steel beams, the scaffolding, that crazy patchwork of bars and braces holding fragile 'friends' together in the hope they won't collapse before they can be restored.
It's an ever-changing city - every day seen afresh﻿, every day different and every day a little less of what it once was.
Posted by Adrienne Rewi at 2:55 PM

Extremely well-said, Adrienne. You've clearly expressed many of the things I've felt on walks near the cordon. I, too, went into the Square last weekend. You've captured all of this very well. Keep up the good work.