Walking with a Camera - #eqnz Christchurch 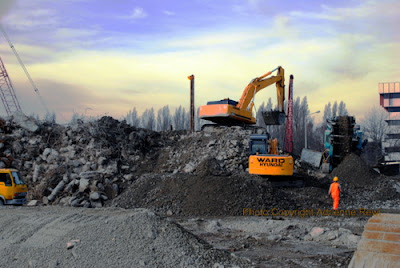 You'd think, after almost two years of earthquake mayhem, that I'd be sick of photographing ruins by now. And some days I do reach saturation point. But then I think I might be missing something - some new demolition, a new set of foundations, some crazy sign or juxtaposition that makes me smile - and off I go again. Here's a few of the latest. 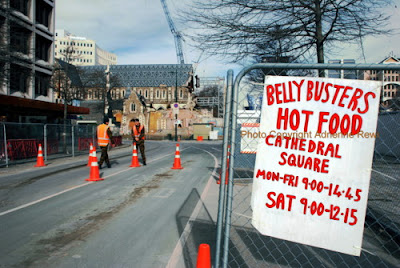 Two young Army lads guarding the entrance to the Square - Christchurch Cathedral in the background, blatant advertising in the foreground. 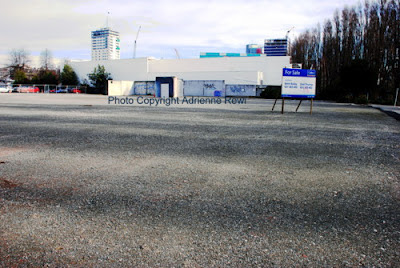 ﻿Empty land for sale. There's a bit of it around if you're interested. Now-vacant lots punctuating the inner city streets, waiting for something new. And we here in Christchurch, busily forgetting what used to be there. 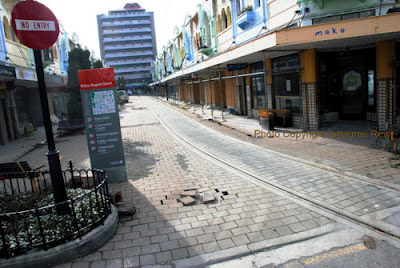 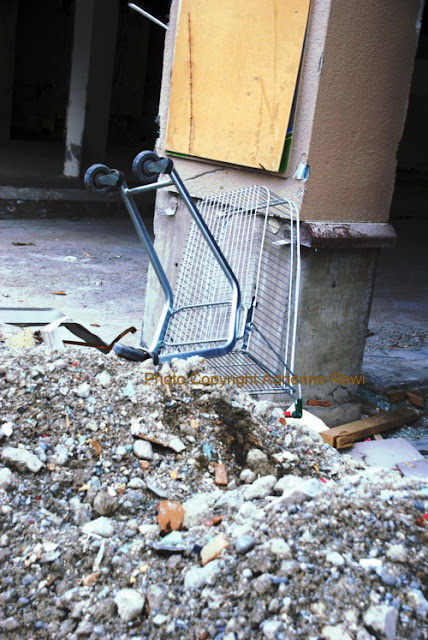 I wish I'd made a point of photographing wayward supermarket trolleys since the earthquakes first struck. They really turn up in the most unexpected places. 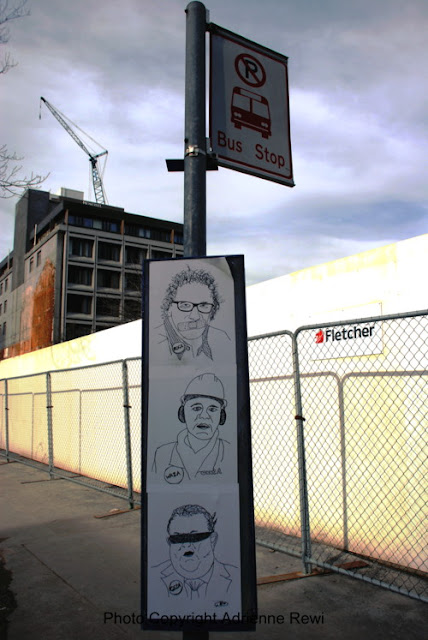 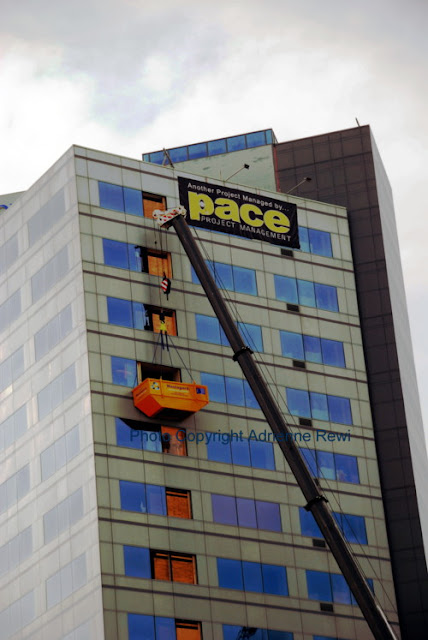 The relentless empyting of inner city highrise, ready for the next stage of demolition. 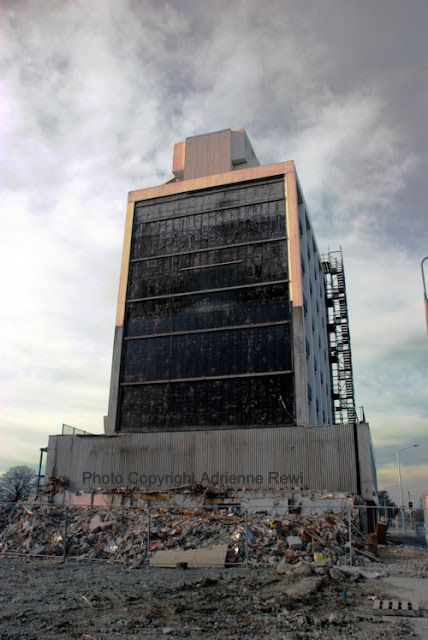 Another shambolic corner, another building ready to fall. 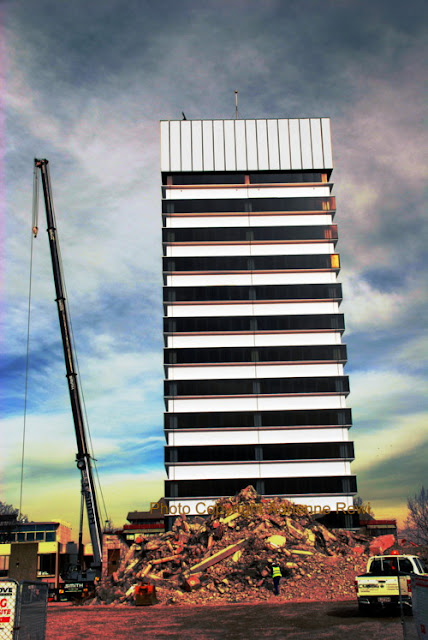 And NewstalkZB ready for implosion on July 28.
That should be an interesting sight. But we won't be able to get close of course.
They're shutting off several blocks around its perimeter.
Probably wise.
We wouldn't want anything to fall on anyone.
Posted by Adrienne Rewi at 4:35 PM