Rubble and Revival - The Christchurch Earthquake 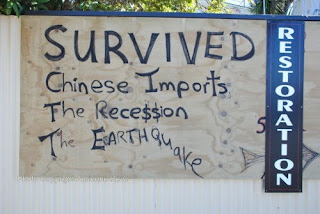 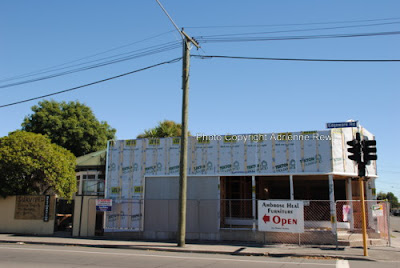 While many of Christchurch's inner city buildings are still fenced off behind safety barriers and others have vanished completely after rapid acts of demolition following the September 4 7.1 earthquake and around 4,500 after-shocks in the four months since, others are already rising from the dust. I cycled by this suburban corner shop yesterday - a few weeks ago a blank section after demolition and now rising afresh. It's a furniture restoration business that has been on this Edgeware corner for decades and, as the sign on their fence suggests, they're not leaving any time soon. 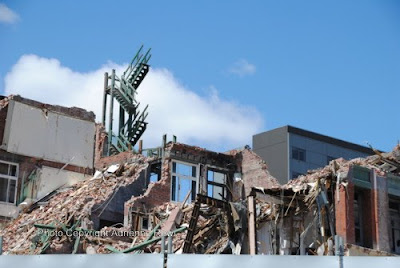 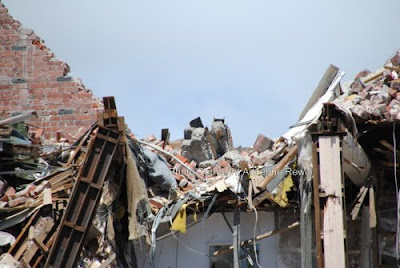 Manchester Courts meanwhile, is a sad pile of rubble that grows smaller by the day. They're talking about opening up that section of Manchester Street again soon and within a few months, I suspect many people will have forgotten what the building even looked like. There's talk the building's owner is planning a modern, three-storey replacement building. I for one, am hoping for unbelievable architectural excellence; that's the only thing that will compensate in even a tiny way, for the demise of Manchester Courts - but as is the way of things, I suspect we might all be disappointed a second time round. 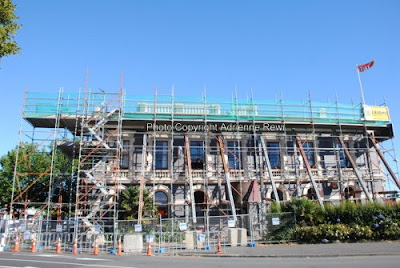 Meanwhile, the Carlton, that great old battleship of a pub on the corner of Papanui and Carlton Mill Roads is sporting some very handsome bracing - above and below. It may well be that I have been living in an earthquake zone for too long, but I'm beginning to see an unexpected 'beauty' in all the ruins and demolition sites, in the bracing and supports and in the graffiti and signs that are emerging around the city. 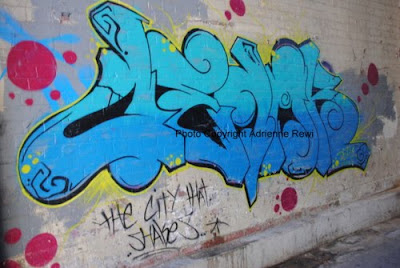 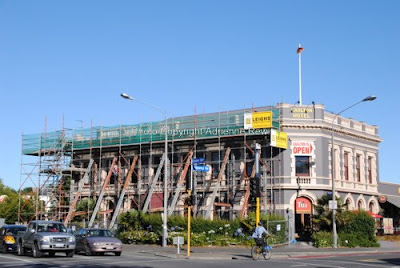 For some off reason, a part of me expected things to 'come to a standstill' after the unholy shaking of the initial quake and the most powerful after-shocks, but as the big Boxing Day after-shock proved, there's nothing much at all 'standing still' in this city. Every time I roam the city, I find something new - for better or worse - as locals try and resume normal lives. 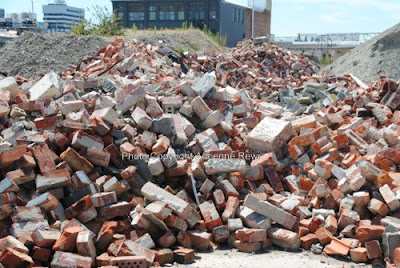 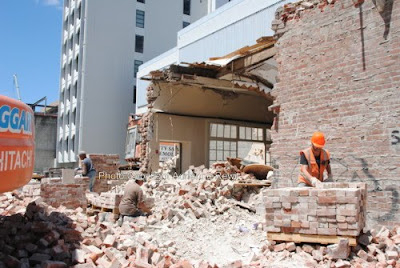 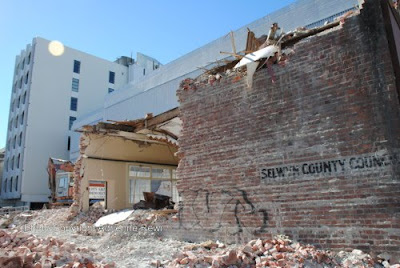 And what's happening to all those bricks?
You may well ask.
Some have been crushed I believe - for road fill and other similar jobs.
Others pile up in growing heaps on vacant lots. Some have probably been purchased by canny recyclers. One thing is for sure, never was there a better time for Cantabrians to be considering a solid brick barbecue, a garden fireplace or a quaint brick pathway.
Posted by Adrienne Rewi at 3:09 AM