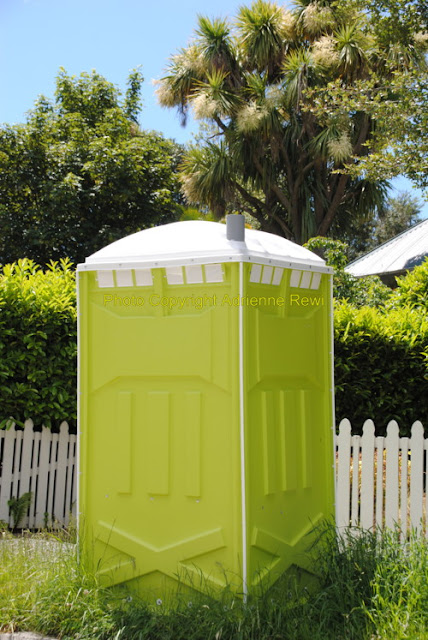 We've never been entirely thrilled about Portaloos in Christchurch - except for during that period immediately after the major earthquakes when the sewerage system was out of action and we couldn't use our toilets﻿ - but now that summer is here and the trees are in leaf, those that remain in the worst-hit areas of town, look almost decorative. 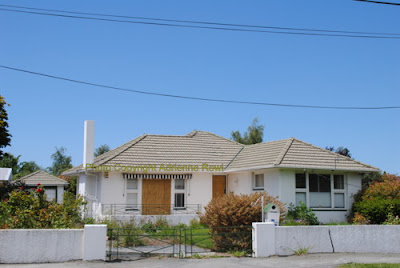 The sad truth is though, that they're servicing areas of town that have had the stuffing completely knocked out of them - areas that in many cases, have been abandoned, areas where the gardens are overgrown and the houses are boarded up awaiting demolition. And news this morning that the demolition of whole suburbs will begin in February. These two shots above, taken in Avonside, beside the river. 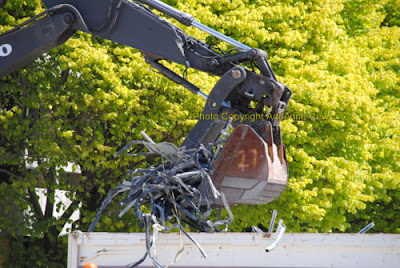 Meanwhile, in central city the demolition continues.
The metal jaws here, chewing up what remained of the Copthorne Durham Hotel. 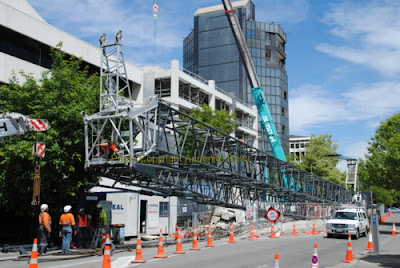 And here, a huge crane being erected for the ongoing demolition of an apartment block in Cashel Street. 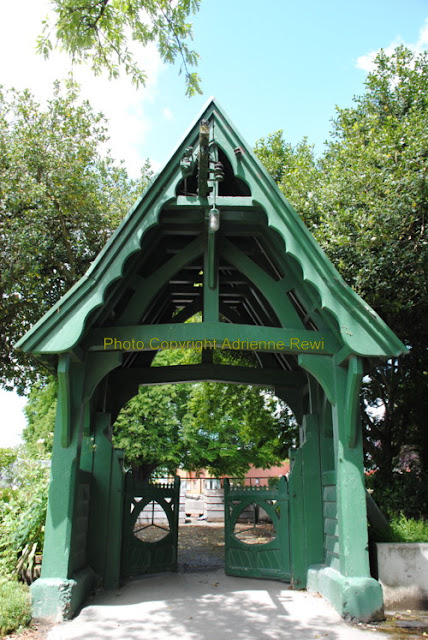 The pretty green lych gate all that remains standing on the grounds of the once large and impressive, Victorian Gothic Holy Trinity Avonside Church. 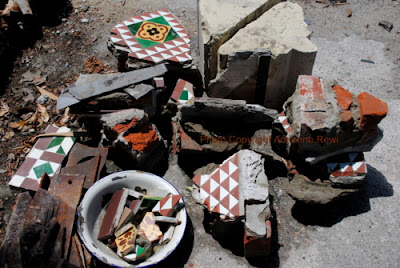 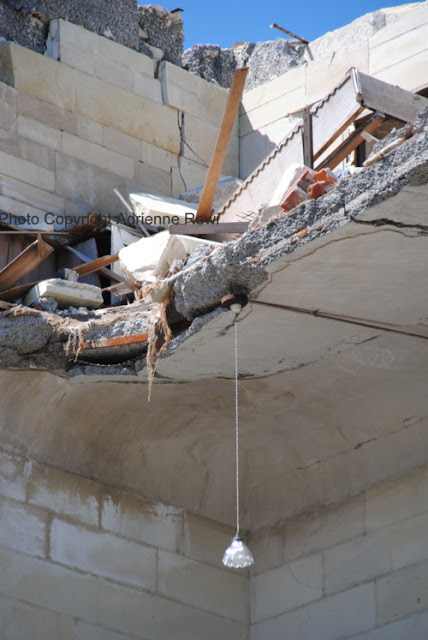 A dainty glass light fitting, swinging idly in the shattered remains of the Catholic Basilica. 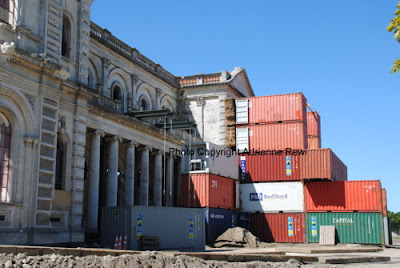 And the broken body of the Basilica propped up with dozens of stacked shipping containers. 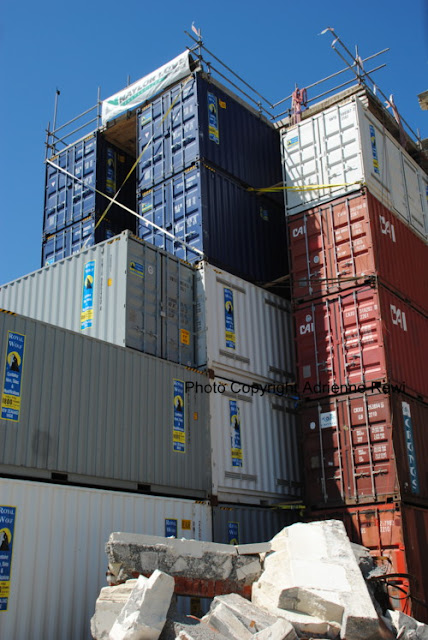 Shipping containers supporting the front of the Catholic Basilica. 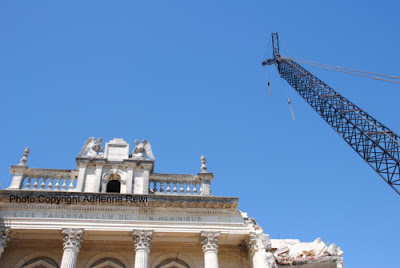 With giant cranes on stand-by, ready for the heavy duty deconstruction of dangerous Basilica masonry. 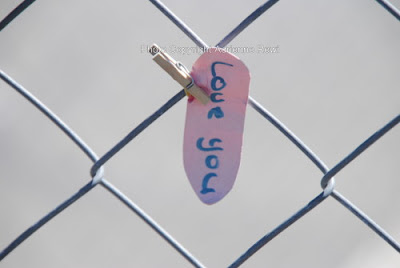 A poignant note at the CTV site. Small but powerful. 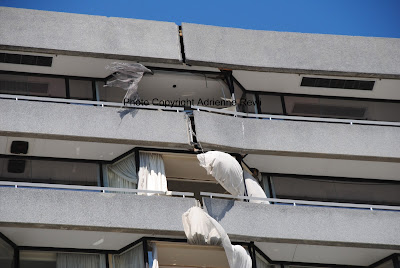 The top floors of the Crowne Plaza hotel - giving a whole new meaning to the term split-level.
Posted by Adrienne Rewi at 12:09 PM