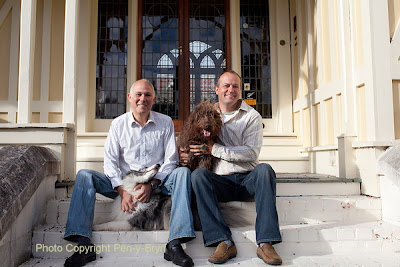 ﻿I’m a sucker for old homesteads and when I first encountered Pen-y-Bryn, in Oamaru back in the late 90s, it stayed with me. It was a B&B then. Now it’s upscaled somewhat and under the ownership of James Glucksman (above left) and James Boussy (above right) (aka ‘the Jameses’), it’s become a beautiful heritage retreat where you can sink back into the Victorian comforts of this Category 1 listed beauty. 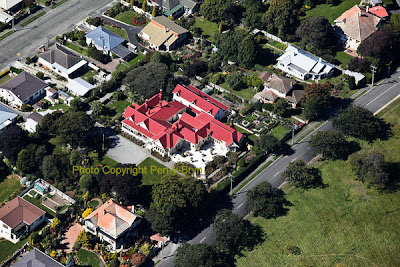 As you can see from the above aerial image, it’s no small cottage. In fact, it’s one of the largest single storied homes in the and with a massive 9,000 square feet in the main buildings, there’s plenty of room to hide away in a quiet, restful corner. The home was built in 1889 for one John Bulleid (1851-1910) and was designed by the firm of Forrester & Lemon. Pen-y-bryn is Welsh for ‘top of the hill’ and the homestead sits above the town of with excellent views of the town, ocean and mountains. 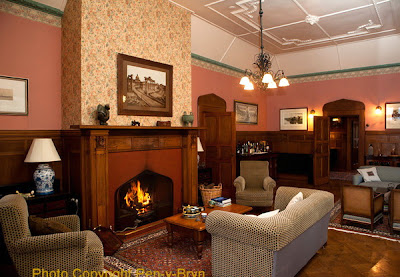 It’s had just five owners in its life. After John Bulleid died, his wife, Fanny moved out and John’s son, John Maurice took over. He spent a lot of time redesigning things and making additions before selling to James McDiarmid, the Mayor of Oamaru in 1922. He and his family were in residence for 73 years before it was sold and refurbished as a lodge in the 1990w. The current owners, the two Jameses, bought it in 2010 and have revamped it into elegant lodge accommodation for ten people. Born in the United States, both have lived and travelled all over the world. 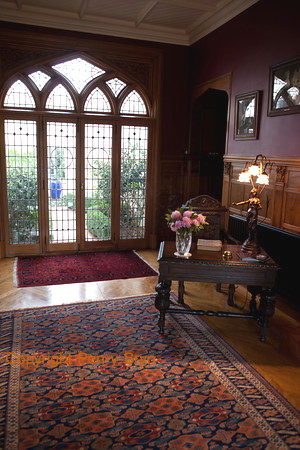 James Glucksman had a career in international management consulting and healthcare for more than 20 years, living and working in more than 40 countries. He’s fluent in Russian and Chinese and has a good working knowledge of French, Spanish and German, as well as “some limited Japanese and Hungarian.” All handy in Oamaru I’m sure! :-) James Boussy meanwhile, trained as a dentist and practised in United States for 15 years before moving his practice to Beijing. They’re both passionate about food and wine and you’re guaranteed amazing meals at Pen-y-bryn. 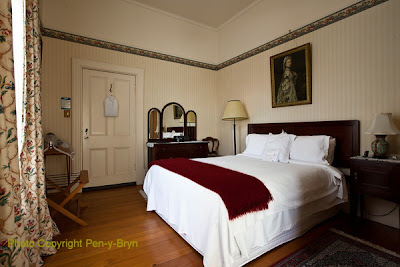 As big as it is, the house has retained a lovely sense of ‘family home’ and it retains many of its original features including leadlight glass panels,  an original 1888 china cabinet, Italian chandeliers bought by the Bulleid family during their European travels, ornate carved furniture and paintings.  The suspended plaster ceiling in the dining room was commissioned by John Bulleid in and shipped to Oamaru in wooden crates. 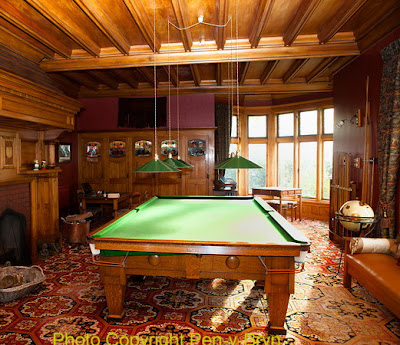 ﻿It also has a large billiard room featuring a billiard table that was built in 1915 for the New Zealand Government. On receipt of three tables ordered for parliament, it was found only two would fit, thus the third table was purchased by James McDiarmid and installed at Pen-y-bryn. 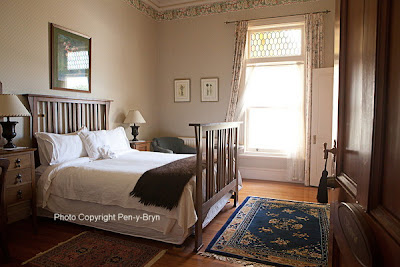 The stained glass windows above the west windows are copies of the windows in the English home of Alfred Lord Tennyson. The homestead has numerous other fascinating historical stories and features – including the fact that the gardens were originally designed by renowned colonial landscaper, Alfred Buxton – but by far the best way to appreciate them, is to visit, stay and discover them for yourself. www.penybryn.co.nz
Posted by Adrienne Rewi at 3:32 AM