On the End of a Shovel - Again! 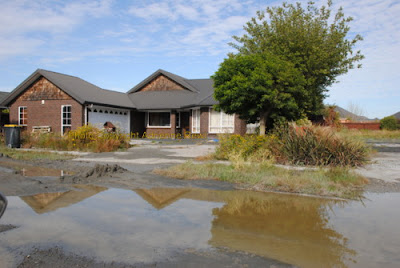 I last had serious liquefaction at my house back in June 2011. It's now long enough ago to be all but a very unpleasant memory. That was the second time my shared driveway, my entire garden, all neighbouring properties and our street cloggged up with the hideous slimy, wet, grey mud  that is wet liquefaction - the mucky sidekick to the Christchurch earthquakes that becomes heavy sand when dry and then an irritating dry dust that settles on, and in, everything. When the December 23 quakes struck I was in Australia and very relieved to hear that only a small patch of liquefaction had come up in my driveway. Further east, Christchurch residents weren't so lucky.
I was out prowling with my camera on Wednesday - as I'm wont to do - and when I turned into Waygreen Avenue in North New Brighton, I wanted to cry on behalf of the residents - those who still remain living there at least. As in other parts of the Red Zone, many have abandoned the places they once called home. 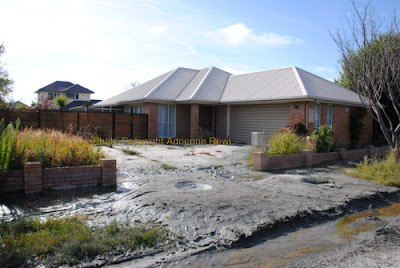 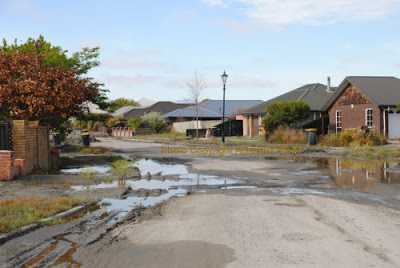 The place was silent, wet, slushy and the few people I did see had the long-suffering look of people who have had enough. One man came out of his gate and fiddled with the rubbish bins. I got the feeling he was checking me out, making sure I wasn't 'casing the joint' for some burglary I might be planning at a later date. I waved; he ignored me. 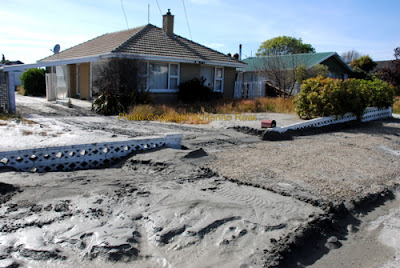 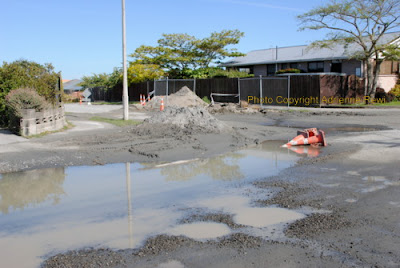 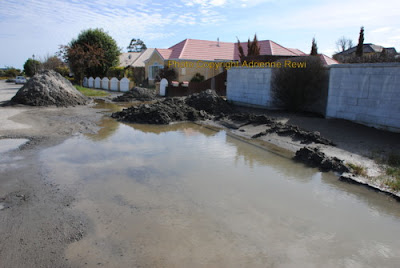 This is the third or fourth time some of them have suffered through liquefaction - and as you can see, it's not pretty when it clogs driveways, buries garden walls and makes roads and pathways impassable.  A woman came out of one house munching on an apple. She stared vacantly up and down the street, as if wondering where everyone had gone. Then she walked up the footpath, stopping to stare in at each of the empty, mud-ridden houses she came to. 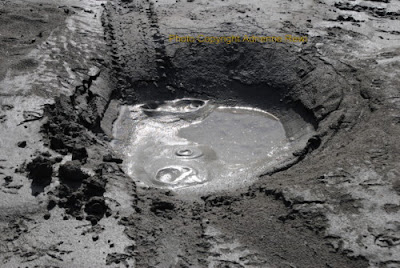 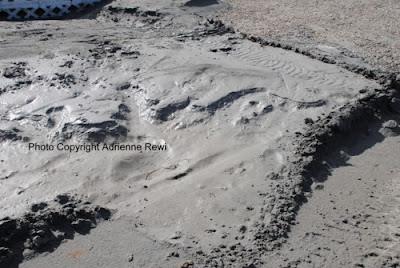 When I was in Wellington in November and then Auckland in December, I was stunned by the number of people I spoke to about the earthquakes who thought Christchurch was "getting better." I can understand their impression given that mainstream media tends to focus on the CBD and recently, the opening of a container mall in central city. But trust me, I am interviewing earthquake 'victims' regularly and I can say quite categorically, that Christchurch is a long way off "better."
Sadly, even people on the far-less affected west side of Christchurch have no idea of what life is actually like for many in the eastern suburbs. They may have seen images on television in the wake of September 2010 and February 2011, but most have not set foot in the eastern suburbs to see for themselves. And they probably have no idea that December 23, 2011 triggered another messy deluge in the east and that roads are often so ruptured, they're tough to drive on. I can't begin to describe the toll all that takes on you month after month after month - 16 months in fact. 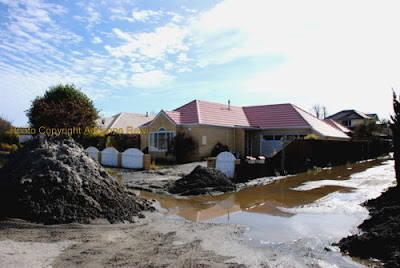 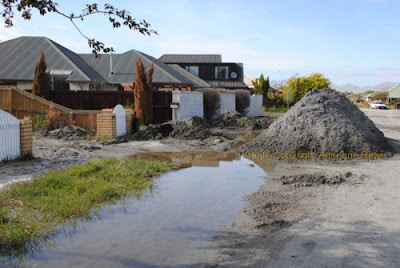 In a way, I understand that too. It's been a tough tough time for Christchurch people and when you finally get on top of crap like liquefaction, you really don''t *want* to think about it - at all. But I do think it's important, no matter how bored we are by earthquake news, that we keep things in perspective, that we remember that there are still households battling with Portaloos, flooded and broken streets, deep layers of muck, ruined houses and all the trials and tribulations that come with being in a designated residential red zone. 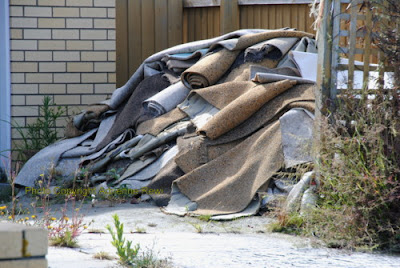 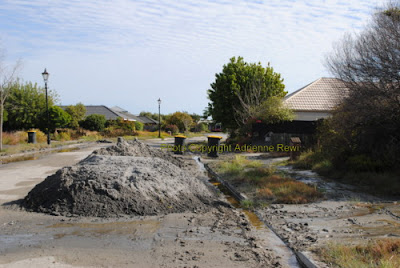 Around the corner in Wattle Avenue, a man came out of his house and fed the birds on his front lawn. He nodded and waved. I waved back.  I walked the street then and a man pulling out of his driveway opened his car window. "It's a bit depressing isn't it," he said.
I didn't argue.
Two more chaps were sitting on their muddy deck, surrounded by half dug-out layers of filthy liquefaction, having a morning cuppa. I poked my head through their gate and offered them my condolences. They laughed but I could tell they were wishing for a different life in that moment.
Across the street, I baled up another fellow leaning on a shovel outside his house.
"Which department are you with," he asked suspiciously as I approached.
"It's worse than that," I said. "I'm a journalist." He laughed and called off his three German Shepherd dogs and we chatted for almost an hour.
"I've given up," he said. "This shit is all through my house, stuck in my carpet. Wet, dry, there's no getting away from it. I've had it three times now and each time I've had to climb the neighbour's fence to get into my own section. The driveway is impassable, the mud up to my knees. I've lived in this area since I was kid and this place, where all these houses are - it used to be a swamp. Now look, it's as good as a swamp again. It's enough to break your soul."
Posted by Adrienne Rewi at 3:00 AM