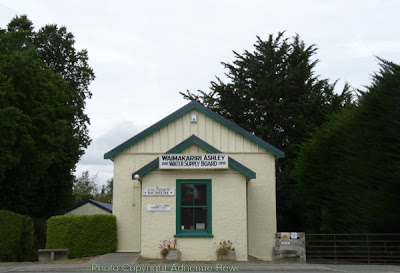 Cust Museum- in the formerWaimakariri-Ashley Water Supply Board building.
You don't have to drive far in New Zealand to find a small town filled with a crazy assortment of buildings - public and private alike. Last weekend I was out in Oxford, about 40 minutes north of Christchurch. That's a small town that has changed significantly over the last five years. 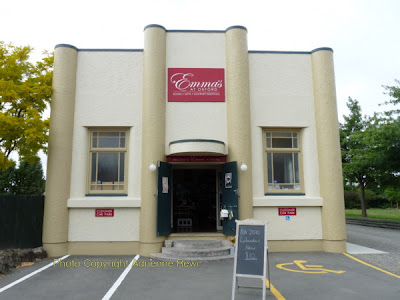 An Oxford gift store & bookshop - in the old Salvation Army Church Building. Circa 1930-1940 Originally a saw-milling town, then a rural service town, Oxford is now being billed as "a destination, a quaint village with an English atmosphere." I put that down to slightly hysterical marketing hype myself, because frankly, you don't get 'English village atmosphere' simply by virtue of sharing the name of one of England's most iconic villages. It doesn't feel at all English to me. It feels iconically Kiwi provincial. I don't know why people want to sweep that under the carpet and pretend to be English. 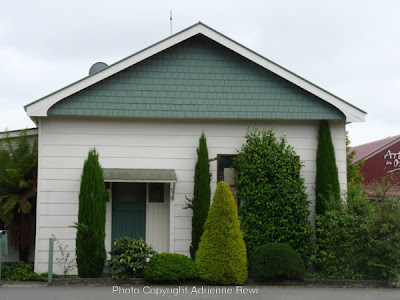 Private Residence. Oxford. Probably 1940-50s with 1970s conifer plantings. All that aside, I do like like Oxford, Canterbury, New Zealand (and nearby Cust). It really does have a glorious assortment of buildings that shine a light on different architectural styles across the decades. And I love the way buildings morph and change use over time - the old church building that is now a busy gift store; the old villa that is now a popular cafe; an old council building converted into a tiny museum. It says so much about the industriousness of country people and their ability to turn just about anything to good use. 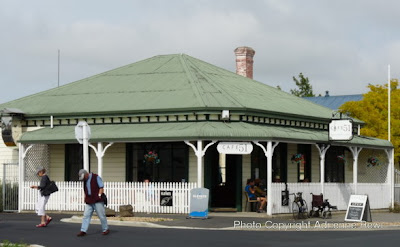 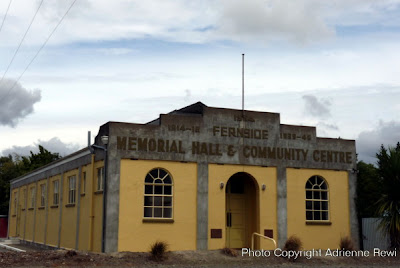 Fernside Memorial Hall and Community Centre at Fernside. There is no denying that the first European settlers in New Zealand were English (and Scottish) predominantly but come on people, that was over 150 years ago. It's lovely that we have clues to that in some of our early architecture but all these decades on, surely it's time to claim these small places with their quirky buildings as quintessentially New Zealand - not some so-called 'quaint English or French (Akaroa) outpost.' I find that sort of regional marketing embarassingly twee. It makes me want to stand up and scream "NEW ZEALAND - This is provincial New Zealand. Enjoy it and be proud of it for what it is. Don't try to make it something foreign." www.oxfordnewzealand.co.nz
Posted by Adrienne Rewi at 3:03 AM