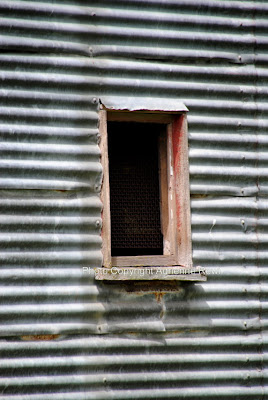 It rained yesterday and as I listened to that very special 'music' of rain on a corrugated iron roof, I sank into a reverie, a cluster of diverse memories all prompted by this endlessly useful stuff. I was reminded of just how useful a small, cast-off piece iron had been during the Christchurch earthquake back in September. Two days after the quake, I called in builders to remove my damaged chimney and as they gazed down into the hole left by the removed flue, they announced they'd have to come back with a piece of iron to make the roof water-tight. Never fear, I replied, I have just the thing - and sure enough, tucked away behind my garden shed, was an old piece of corrugated iron the perfect size. It's the way of things in New Zealand, certainly out in the countryside - everyone has a few bits of old corrugated iron stuffed away 'for a rainy day.' 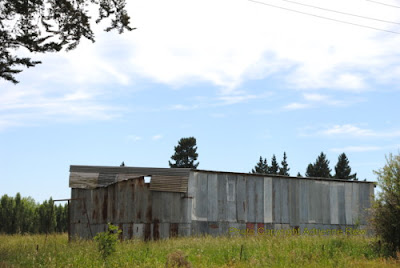 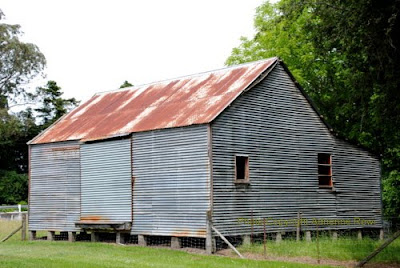 I've written about corrugated iron and its place in the New Zealand (and Australian) building vernacular a number of times before and I still regularly stop to photograph corrugated iron buildings all around the country. It's not just the expressive materiality of the corrugated iron itself that attracts me, it's also the very form of farm buildings. I find something very comforting and sturdy about about old barns and sheds - maybe it's because I was brought up in a rural environment - and I particularly like farm buildings that have been 'patched together' with old, mismatched, re-used sheets of corrugated iron. 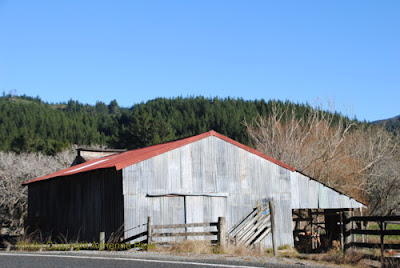 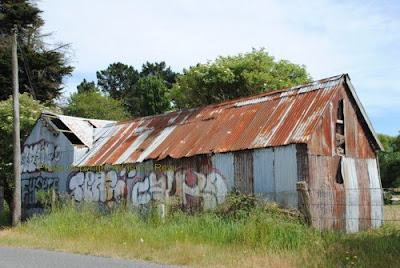 Not only is there a visual stimulus in that for me, a pleasing aesthetic, it also says so much about the industriousness and inventiveness of the New Zealand farmer. And as corrugated iron is used over and over again, it gathers a patina of previous histories - layers of paint and rust that allude to other lives and other places. I like that in a building. I often fantasise these days, of having the money to build a new home in the country - one that draws on the design of these old sheds and barns; one built of secure, modern, watertight materials and then overlaid with a crazy patchwork of old, weathered, multi-coloured sheets of iron. And inside - a practical modern home that belies its 'tatty' exterior.
Posted by Adrienne Rewi at 2:53 AM