The Stairway to Heaven & Other Earthquake Photos 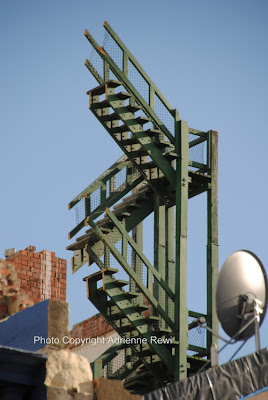 Over the last few days I've been writing about Oamaru's stunning 19th century architecture (posts below) and all the while I've thought how lucky they've been not to have suffered the earthquake damage that has destroyed so much of inner city Christchurch over the last three months. I was out biking this morning and was both amused and saddened by this staircase protruding from the top of what's left of Manchester Courts. 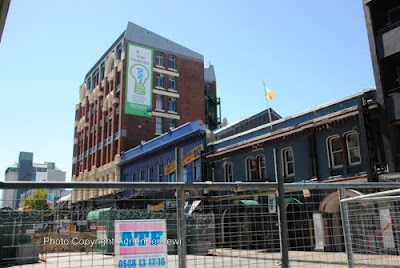 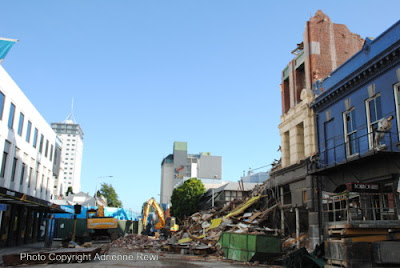 This is the same view two months on, taken this morning.
(You can see more of the building in a previous post by clicking on Manchester Courts in the label line below this post). 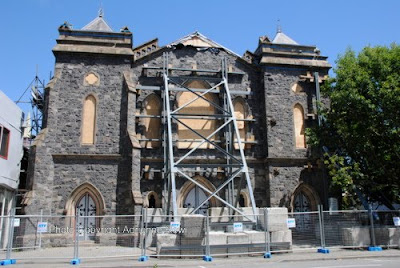 It doesn't matter where you go in inner city Christchurch at the moment, you have to negotiate your way through and around road blocks, wire fences and lines of shipping containers - all the more so after the strong after-shocks that hit the city on Boxing Day. 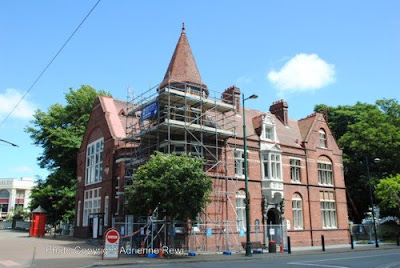 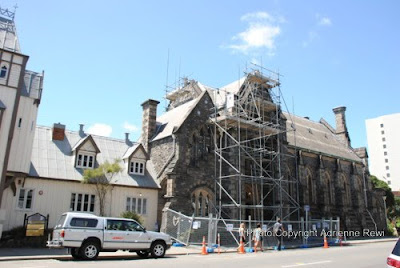 Some of the city's finest heritage buildings are bruised and battered - but still standing - many with the help of bracing and scaffolding. Windows are boarded up and streets are narrowed by orange cones and barriers. 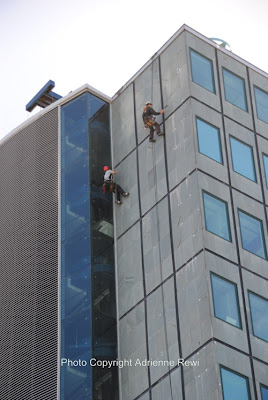 Earth Quake Commission staff have been working night and day to inspect city buildings and, with every batch of strong after-shocks (there have been over 4,000 since September 4's 7.1 quake), they often have to re-inspect structures they've already declared safe. After Boxing Day after-shocks, crews were inspecting all the buildings around Cathedral Square (above) to make sure the area would be safe (or otherwise) for the city's annual New Year's Eve party. 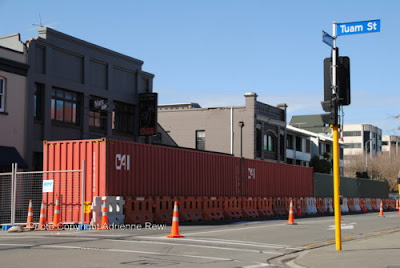 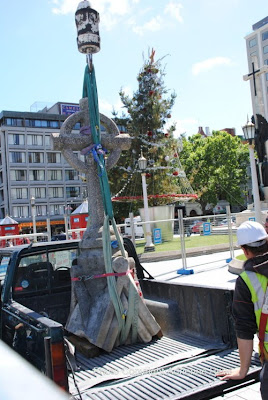 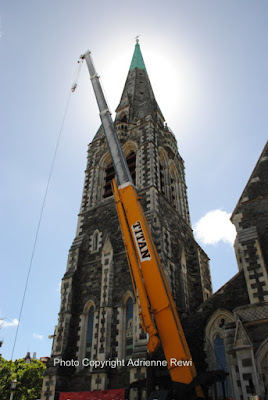 Christchurch Cathedral took another hit on Boxing Day. Although the building has been earthquake strengthened and is structurally sound, plaster finishes and architectural details have 'quivered and shivered' in the last three months, and finally, this week, stonemasons removed the cracked cross from the roof, loaded into a little truck and took it off for repair. 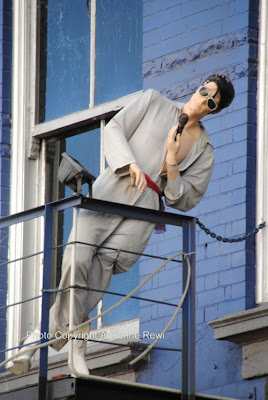 In a perverse kind of way, I have enjoyed roaming the city with my camera over the last three months. Nothing is static in any city; in Christchurch, in light of ongoing after-shocks, demolition, inspection and repair, it is even less so. And for every heartbreaking image of a destroyed, or demolished building, there are the quirky, amusing shots that always make me smile.... even 'Elvis' has been rocked off his feet on his balcony perch beside Manchester Courts on Manchester Street.
Posted by Adrienne Rewi at 12:21 PM