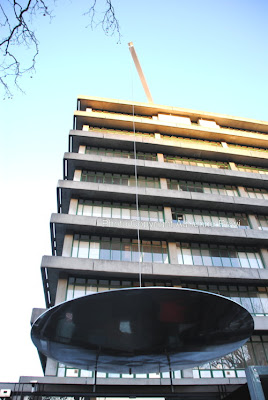 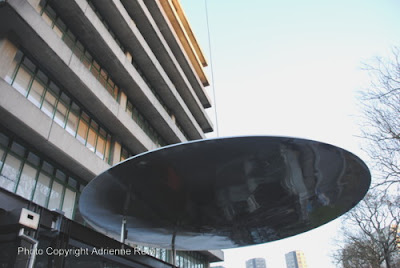 On a recent visit to Auckland, I was very taken with this sculpture suspended over the Engineering Department of Auckland University in Symonds Street. I searched inside and out and asked several people but I was unable to find out who the work has been created by. If any readers know, perhaps you'd like to leave a short comment about who the artist might be? 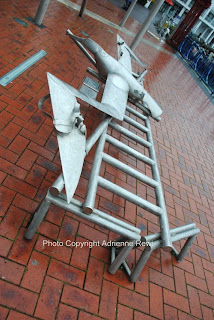 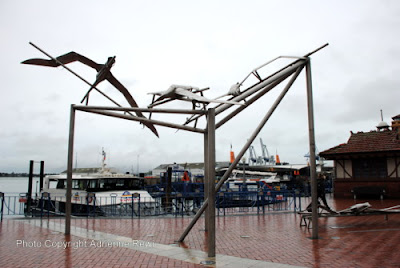 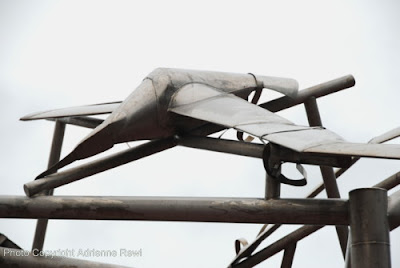 On a separate occasion, wandering in the grey drizzle of a winter afternoon, I came upon "Flight Trainer for Albatross" by Greer Twiss. The first work commissioned by the Auckland City Sculpture Trust, it's part of the Waterfront Sculpture Trail, which currently includes seven works. It's not a work that I'm personally drawn to - I much prefer Michael Parekowhai's Britomart work and Dennis O'Connor's "Raupo Rap" in Viaduct Harbour - but I certainly sympathise with the conservation message it adddresses. The work is a metaphor for the support we need to give endangered birds like the albatross. Every year untold numbers are killed or maimed through trawling and netting at sea and while not all are killed directly, thousands are maimed and unable to fly - which leads to their death by starvation.
Posted by Adrienne Rewi at 9:37 AM

It's not so much a sculpture, more part of the architecture. Ashton Mitchell designed additions to the Engineering Building in 2006 and the disk (which is sort of like a Foucault's Pendulum) was added as part of the project.

Terrific! Thanks for clarifying that Paul. I did wonder when I couldn't find any plaque reference - as with other nearby sculptural works.