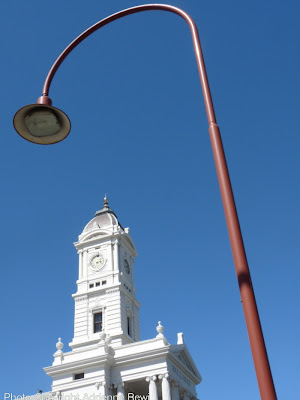 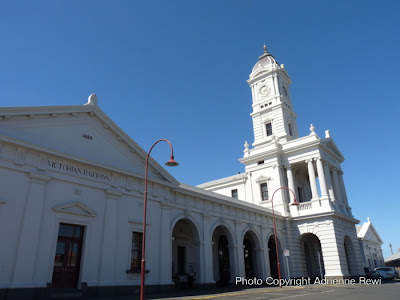 On my recent trip to Melbourne, Australia, I took great delight in spreading out into rural Victoria. It's something I do every year when I visit and this year, finally, I made it to the city of Ballarat. It did not come recommended but I fell in love with almost as soon as I arrived. If you enjoy architecture, photography or both (like I do), then it is a small historic paradise. 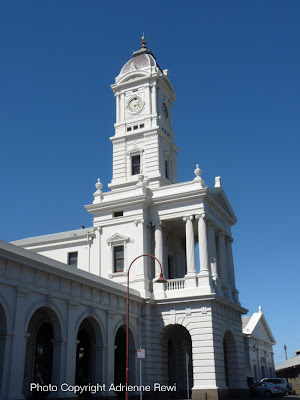 Located northwest of Melbourne, Ballarat is riddled with evidence of its spectacular rise from humble mining settlement to wealthy city. Statues and huge, elaborate buildings abound and this one - the Ballarat Railway Station - was one I particularly loved. American author Mark Twain stepped onto the platform here in 1891, later commenting at length on the city in his work "Following the Equator." 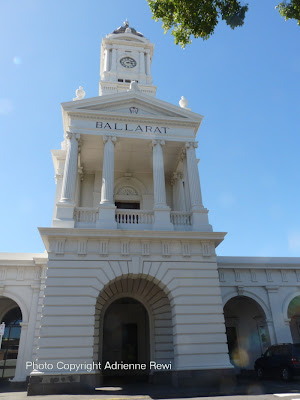 Today, thousands of commuters hurry through the station every week and it stands like a grand old madam, at one end of historic Lydiard Street. Constructed when the railway first began sewrvicing the area in 1862, it is one of the grandest buildings in Ballarat. The ornate tower section was built 26 years after the original block and the building in its entirety is a wonderful example of Ballarat's early architecture and a typical example of late 19th century railway systems built to the best of British standards and construction. 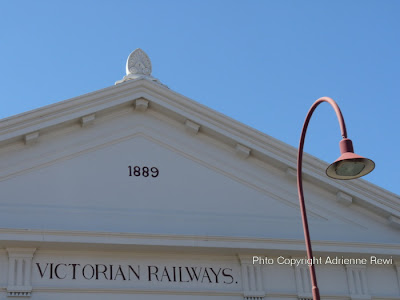 The station prompted much of the later building activity, especially the development of Lydiard Street north, throughout the 19th century. I spent a lot of time roaming up and down Lydiard Street photographing stately buildings (more another time) - I even managed to fall over in the process, giving my head a nasty whack on an historic stone wall. But I survived - just as so many of Ballarat's stunning buildings have survived. The Railway Station is listed on the Victorian Heritage Register and now, as I sit here in my Christchurch office writing about it, I wonder why on earth I didn't even step inside it. I blame the fact that there was so much to see in so little time. In reality, it would have been nice to have stood where Mark Twain once stood - and certainly the cool interior would have been a blissful respite on what turned out to be a baking hot 36-degree day. www.visitballarat.com.au
Posted by Adrienne Rewi at 3:00 AM