Throwing Yourself Off a Bridge 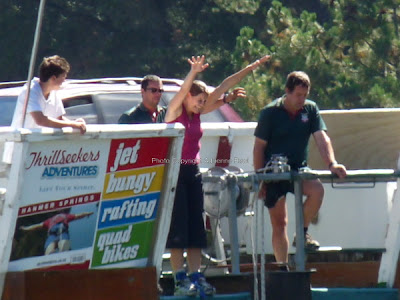 My fear of heights is well documented on this blog. Basically, I'm a pathetic wimp who hates high places - especially when there's water down below. It's not the water I'm afraid of though - it's the ridiculous distance you have to fall to get to it. 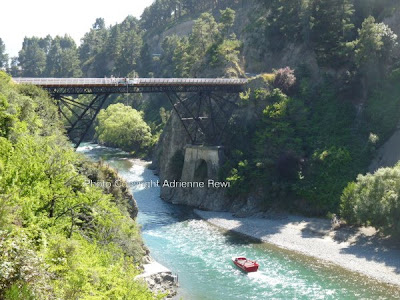 So it was with great relief that I arrived at Thrillseekers Bungy not too many weeks after leg surgery and therefore had a very valid excuse for not jumping off the 135 year old, 35-metre high bridge that spans the pretty Waiau River near Hanmer Springs. 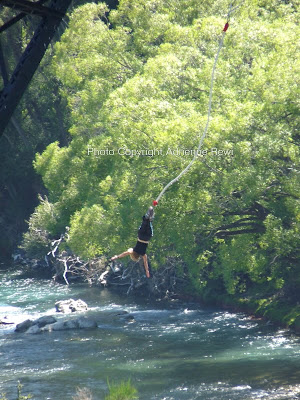 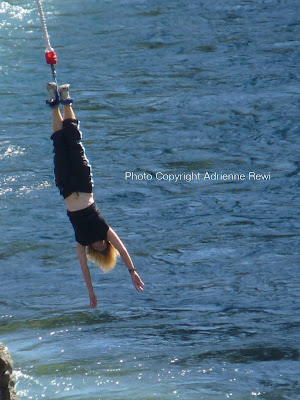 I've been offered numerous free bungy jumps in the course of researching and writing the travel guide, Frommers New Zealand and suffice to say, I have politely declined them all. I did however, on a previous occasion, manage to get out to the centre jump-off point on this bridge. That felt like a real achievement to me but the management did not think me brave enough to warrant the T-shirt. On this visit, I was happy to stand on a distant bank and capture the action on film. That's much more my style - I just wasn't as fast as I could have been. One observation I did make though - for anyone nervous about taking their first bungy jump, the Thrillseekers bungy is the perfect choice. At just 35-metres it's a mild and manageable introduction to the fine art of throwing yourself off a bridge. Compare it for instance, to the grand-daddy of New Zealand bungy jumps, Queentown's Nevis Highwire at 134 metres. I won't of course, be taking my own advice. I fully intend to spend the rest of my life with my feet firmly on the ground - except when I'm lying comfortably in bed of course. www.thrillseekers.co.nz
Posted by Adrienne Rewi at 2:19 AM