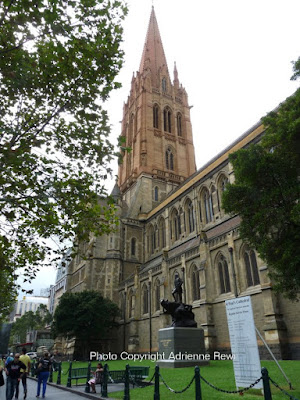 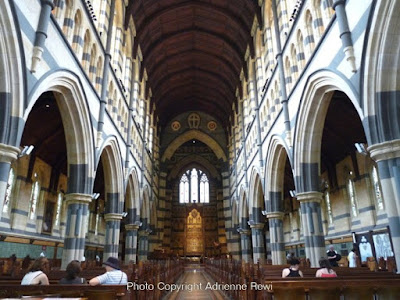 I've walked past St Paul's Anglican Cathedral in Central Melbourne on almost every visit to the city. This time I decided to go inside. I was well rewarded with a dizzying display of detail and architectural extravagance. I particularly loved the intricate floor tiles - like layers of Persian carpets overlaid on each other. 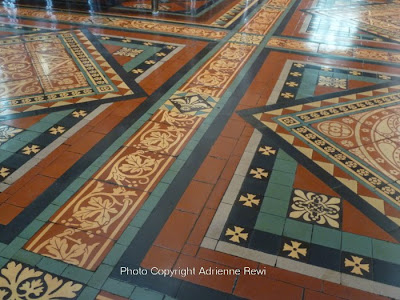 St Paul's is built on the site where the first public Christian services in Melbourne were led by Dr Alexander Thomson in 1836. It's a magnificent building - described as Gothic Transitional, being partly Early English and partly Decorated. It was designed by distinguished English architect, William Butterfield, who was well known for his ecclesiastical work. 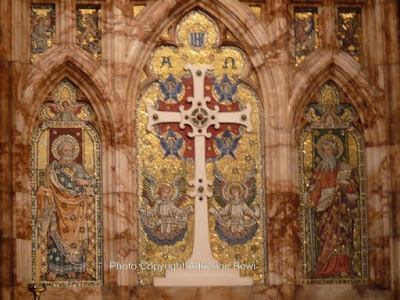 The foundation stone was laid in 1880 and the cathedral was finally consecrated on January 22, 1891. The spires though, were not started until 1926 and they were designed by John Barr of Sydney. The Cathedral is known for its magnificent ring of 13 bells - one of the few peals of 13 bells outside the British Isles. They were cast in London and arrived in Melbourne in 1889. You can read more about the cathedral on their website - www.stpaulscathedral.org.au
Posted by Adrienne Rewi at 3:00 AM