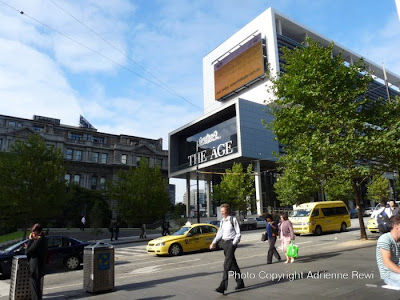 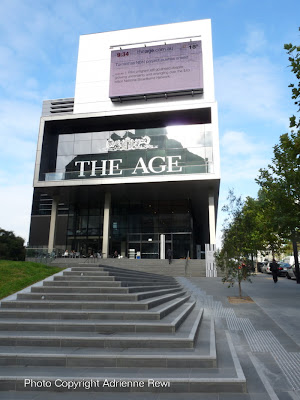 The Melbourne Age building on Spencer Street may have caused controversy – both for its design and its location – but I like it. And, as a journalist myself, I suppose it’s only natural that I would like the giant screen that highlights the headlines of the day. 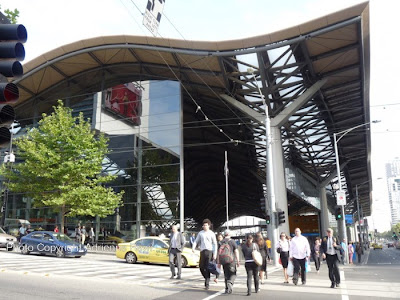 Even more controversial at the time of its construction, was the gigantic Southern Cross Rail Station (Grimshaw Architects) [completed 2006] that sits directly across the street from The Age. Its enormous waving roof construction adds a distinctive, modern form to the city that, to my mind, looks nicely ahead to the future. It’s also a perfect introduction to the Docklands area that it borders – a precinct that favours some stunning contemporary architecture that I featured on this blog in 2008. (If you click on Docklands in the label line below, you’ll be able to see a few examples). 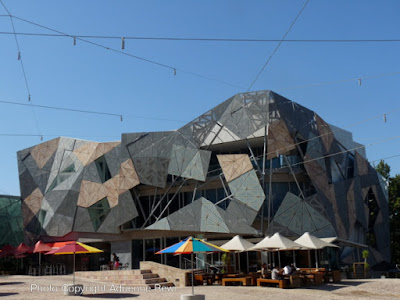 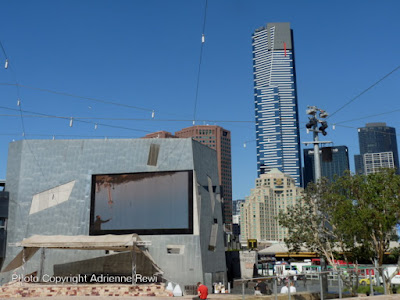 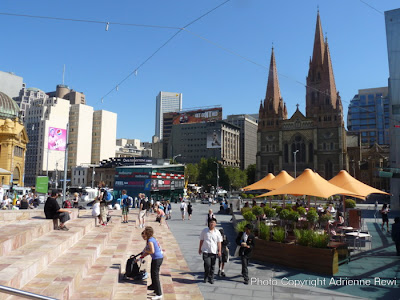 Federation Square on Flinders Street is another of my favourite Melbourne architectural statements. I hear so much about the need for modern architecture to be ‘contextural,’ for it to conform to the style of the surroundings; but to my mind, a city should reflect its many layers of time and style and if architecture is done well, it will fit regardless of the surrounds. Take Federation Square for instance; it sits happily across the street from the classical elegance of St Paul’s Anglican Cathedral, the classic grandeur of Flinders Street Rail Station and in the rear, across the Yarra River, the unmistakable contemporary form of Eureka Tower piercing the sky. 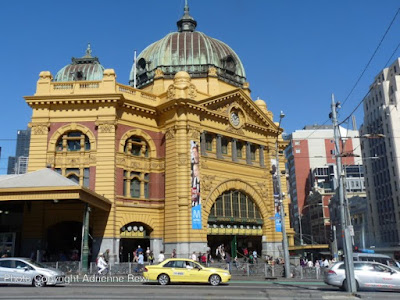 The rather spectacular Flinders Street Railway Station, which always reminds me of being in India.
Posted by Adrienne Rewi at 1:02 AM