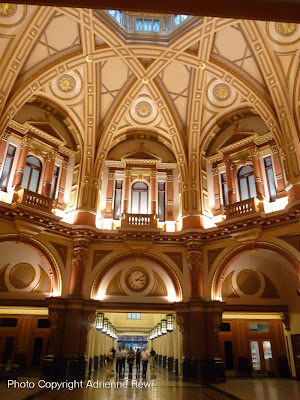 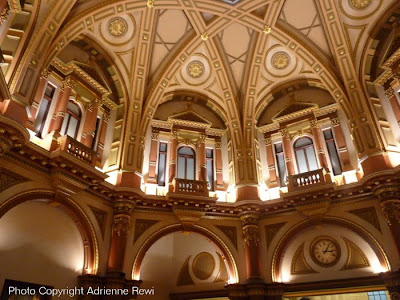 From the outside, 333 Collins Street in central Melbourne looks much the same as its neighbours - a hefty, imposing structure wedged between many others. But step through its modern, glass sliding doors and you're greeted with a stunning example of Victorian Classicism. 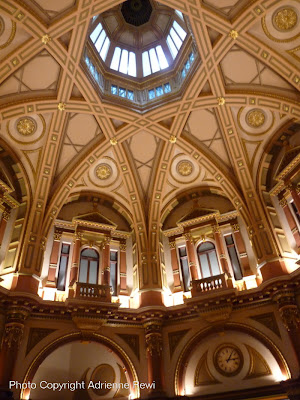 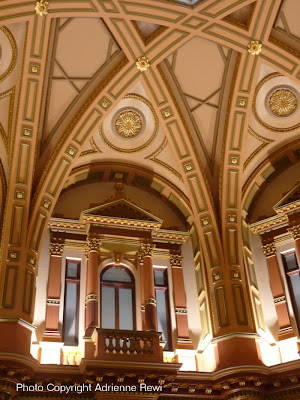 I found the interior quite by chance as I was ambling down Collins Street yesterday afternoon on my way to Spencer Street Railway Station. I just happened to glance sideways as a man came through the glass doors and I was intrigued by the warm glow coming from within. The man told me I should go inside, that it was definitely worth it. I took his advice. 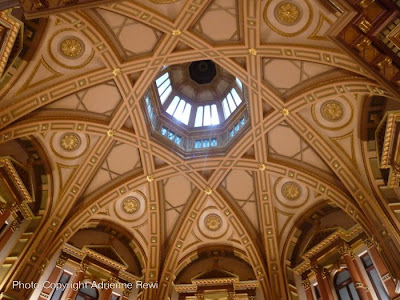 He was right. The former Banking Chamber of the Commercial Bank of Australia is now registered with the Heritage Council of Australia and Heritage Victoria. It was designed by architects, Lloyd Tayler and Alfred Dunn and was built between 1891-1893. It is one of the finest remaining examples of Victorian Classicism in Australia and its octagonal dome and entrance archway are derived from Italian Baroque style. I stood under that dome for a good twenty minutes feeling very much as though I was in a cathedral, or perhaps and elegant opera house. People came and went, taking the shortcut through the building's arcade. Few paused to look up - but perhaps they see it everyday and are no longer enthralled by embellishment and ornate detail?
Posted by Adrienne Rewi at 5:20 PM