Have Jet, Will Scream 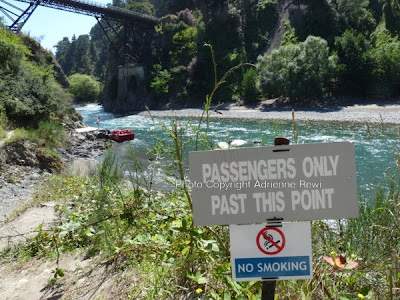 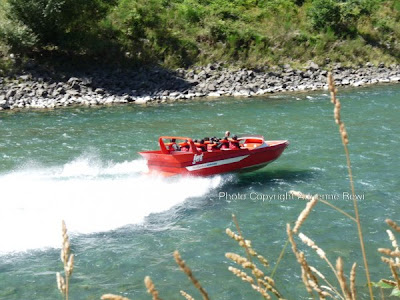 When you're racing toward a rock wall at 90 kilometres per hour in just 6 inches of water, you can be forgiven for screaming. 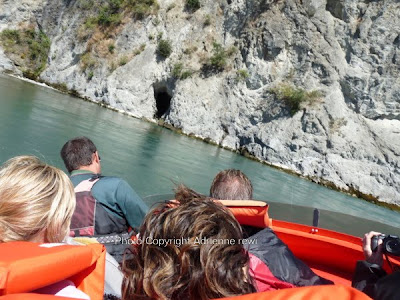 That's the deal when you leap aboard the Thrillseekers Jet, near Hanmer Springs. Me? I'm a speed junkie, so I ALWAYS love jet boats. They make so much more sense to me than throwing yourself off a bridge attached to a bungy cord...... but more about that in a day or two. 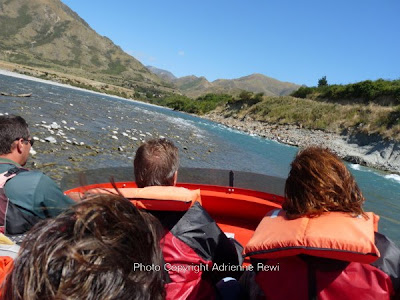 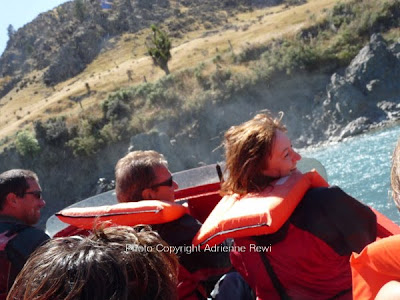 In my role as the writer of the travel guide Frommers New Zealand, I've been lucky enough to enjoy many jet boat rides. It's part of the job after all. But until recently, I'd never taken the Thrillseekers Jet up the very pretty Waiau River. The ride itself may not be as dramatic as some I've been on but our driver was terrific and the scenery stunning. I love the South Island's braided rivers and there's something awe-inspiring and unbelieveable about boats that skim across just a few inches of water. You can literally look over the edge and see the river bottom. And then there's the famous 360-degree spin - a feature of jetboat technology...technology I might add, that was invented in New Zealand. If you were ever sitting there thinking it was all too easy, then the spin is sure to wake you up in a hurry. www.thrillseekers.co.nz
Posted by Adrienne Rewi at 3:05 AM