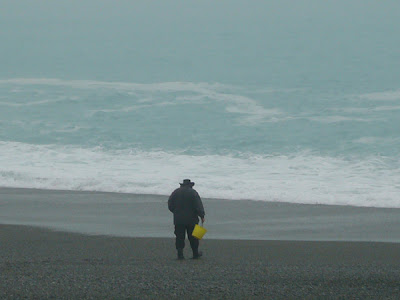 Anyone who has ever visited Birdling’s Flat will surely understand the peculiar urge some of us have to gather its flat, smooth stones and lug them back to our gardens, our windowsills, our ‘corners for special things.’ It’s as if these little greywacke ‘treasures’ express some innate response in us, a primitive response to a primitive environment. 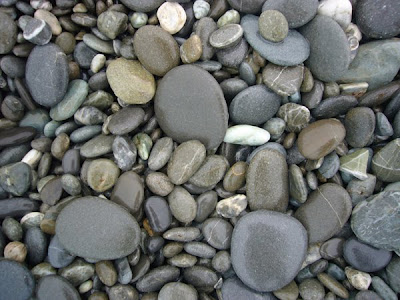 Anyone who has not visited Birdling’s Flat may think this melodramatic. But until you have gazed upon the wild seas at Birdling’s Flat and watched the giant waves rise high, implode upon themselves and then batter the steep foreshore, grinding stones into smooth orbs, you have yet to experience one of Canterbury’s wildest beauties. Renowned for its dangerous seas and the raw forces of nature that have snatched away a good number of lives, it is a salt-whipped, blustery, unpredictable, relentless environment that draws people in and keeps them returning. Hypnotic almost. 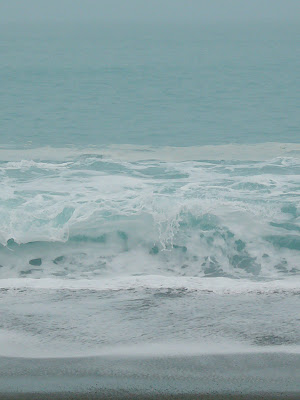 Named after William Birdling (1822-1902), a Somerset farmer, who came to New Zealand in 1842 and later took up farming land in the area, Birdling’s Flat presents itself as a shabby seaside cluster of dishevelled baches set among clusters of unruly succulents, driftwood gardens, bright geranium patches and an unforgiving scramble of Coprosma scrubland. Forty-minutes from Christchurch it takes up its position on the long embankment that runs from Lake Forsyth to Kaitorete Spit, separating Lake Ellesmere from the Pacific Ocean. From the main road it seems bland and uninspiring but there are surprises. Avid rockhounds know it well. It’s world famous after all – for its sea-tumbled agates, ameythsts and other semi-precious stones – and any fisherman worth his salt, appreciates its reputation as a surf-casting destination. I’m told its “great for rig, elephant and sharks, especially when there’s a nor-wester and you’re using shellfish or crabs.” You can (apparently) land yourself a school shark or a bunch of red cod for the pan and “the kite-fishing is good.” 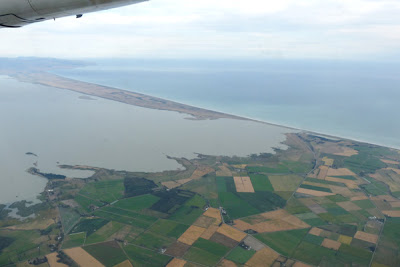 Aerial view of Kaitorete Spit. Ajr.2009 Early Maori also recognised its potential as ‘a food basket.’ An early pa established under the foothills to the west of Poranui (Birdling’s Flat) at the Horomaka (Banks Peninsular) end of Kaitorete Spit, was called Waikakahi, which means “the place where kakahi (fresh water shellfish) is found.” Historic relics and recent archaelogical finds indicate that Kaitorete Spit and the outlet of Lake Forsyth were once used extensively by Maori; and several sites of possible burrow pits and Pre-European kumara gardens are located near Birdling’s Flat. Today, And if you’re puzzled by the sombre red-roofed white bunker-like building set among scrub, all you need to know is that it’s home to the University of Canterbury Physics Field Station, a place that prides itself on its four different sorts of radar systems – a meteor radar system, a mesospheric radar system, an ionization radar and a tropospheric wind profiler. All very mysterious to the uninitiated (and uninformed) and adding somewhat to the impression that there is more to Birdling’s Flat than meets the eye.
Posted by Adrienne Rewi at 3:00 AM