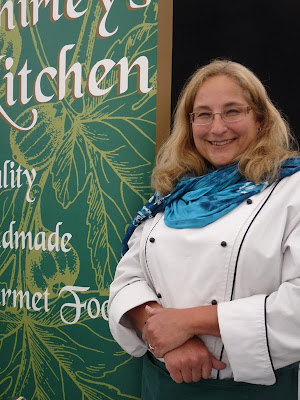 Another in the Series Meet the People – Ordinary and Extraordinary New Zealanders Doing Interesting Things – Christchurch author and gourmet cook, Shirley Bradstock has been passionate about food all her life. She’s run a small catering business; she’s made cakes for Auckland delis, she’s run her own family kitchen; and in between baking and parenting she produced the first of her 14 cookbooks. I caught up with Shirley at the Royal New Zealand Show, where she was demonstrating some of the latest gourmet products in her Shirley’s Kitchen range. 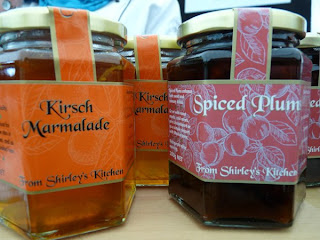 Shirley started producing her small batch gourmet products – panforte, marzipan fruits, spiced figs and plums and the like – in 2001 and she’s since worked hard to include other topline delicacies like chocolate and walnut fudge, Kirsch marmalade, fig and walnut log and a new apricot and almond version. I’m a firm believer in making my products in small batches so I can keep the flavours real and the quality high. I’m involved in everything I make, so I can inspect every jar of spiced figs, every fig and walnut log. That’s important to me,” says Shirley. 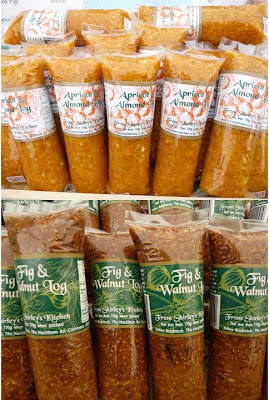 Initially the products were made in a rented commercial kitchen but in 2002, Shirley made the decision to refit her home kitchen to HAACP standards. After many months of construction, paperwork and testing, she was one of the first individuals in New Zealand to have a Food Safety Programme operating from a home kitchen. She is an active member of the Canterbury Branch of the NZ Chefs’ Association and a member of the NZ Food Writer’s Guild – and as if that wasn’t enough, Shirley also works as a culinary consultant in teaching, recipe development and judging. “ I love trying different recipes, creating my own variations and generally experimenting with food and making good things to eat. I get a little twitchy if I am away from the kitchen for more than a few days,” she says. Her products are now available throughout New Zealand in delicatessans and retail outlets and they’re also used by all major airlines flying through New Zealand. www.shirleyskitchen.co.nz www.theshow.co.nz
Posted by Adrienne Rewi at 3:01 AM