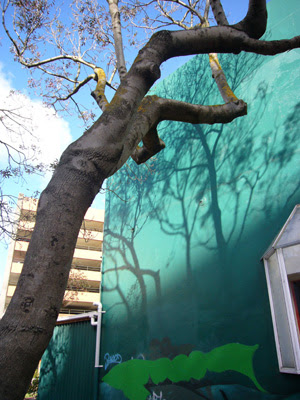 Wellington, 2007.Ajr
I love shadows. I often photograph them more than the objects they stride away from. I like the sense of an object's 'other life,' its shadowy other self.
History has plenty of examples of cultural interest in 'shadow play' - in the 'alternate representation' of an object or a person. China for instance, is one of around twenty countries that has honed shadow play into an art form. Pi Ying Xi (using leather puppets) or Zhi Ying Xi (paper puppets), is a form of story-telling and entertainment that uses opaque figures in front of an illuminated backdrop. For me, the flickering shadows cast by any given object are worth as much attention as the solid reality. They create 'another dimension' that feeds my imagination.
Posted by Adrienne Rewi at 7:15 AM