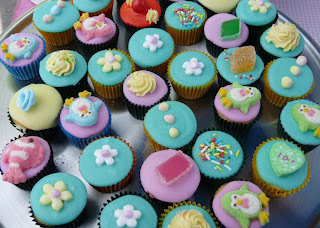 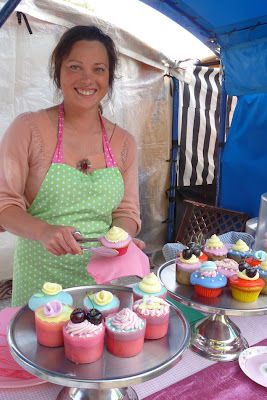 Arts Centre Market, Christchurch. Jan. 2009. Ajr
Another in the Series Meet the People - Ordinary and Extraordinary New Zealanders Doing Interesting Things - Christchurch chef, Katey Thew-Thin became hooked on cupcakes in Melbourne, where she worked as a chef for six years before returning to New Zealand. Now she’s started her own cupcake company, Buttercups, creating hundreds of these gorgeous edible fancies a week for weddings, birthdays, corporate functions, baby showers, cafes and her regular weekend stints at both the Christchurch Arts Centre Market and the Canterbury Farmers’ Market at Riccarton House. “I stick to three basic cake recipes – orange, wildberry and vanilla – but I get really carried away with the decorating. That’s what I love about cupcakes – there are no limits and that has captured my imagination,” Katey says. Cupcakes are not new of course but ever since Magnolia Bakery in New York re-invigorated the craze in the 1990s; and then soared to fame with appearances in ‘Sex in the City’ and ‘The Devil Wears Prada,’ these mouth-watering little cakes have become a worldwide phenomenon. It seems everyone loves them and if you stand at Katey’s market stall, you’ll soon see what I mean. People are drawn to the colourful Buttercups goodies – most want to taste them but just as many people just like to admire them and take photos. And their most common question? “Are they real?” The answer: definitely! They’re real AND delicious!
Posted by Adrienne Rewi at 7:01 AM