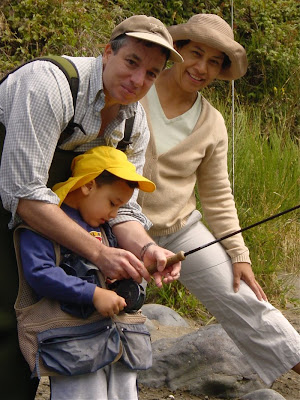 The Bleibtreu Family. Image Supplied by River Birches
Former New Yorker, Jason Bleibtreu and his wife, Rebeca (from El Salvador), visited New Zealand in 2003 and fell in love with it. For that we can be truly grateful because this globetrotting pair were so enamoured of our little country that they were inspired to create River Birches, a classy retreat on the lower reaches of the North Island’s Tongariro River, which is world famous for its fly fishing. With just three gorgeous rooms, easy access to all the area’s best fishing spots, superb cuisine and all the peace and tranquillity you could wish for, River Birches should be marked into everyone’s travel plans. “Hip without Hype,” is how Jason describes it – and he and Rebeca should know because, as former journalists working in some of the world’s most volatile spots, they’ve literally spent thousands of nights in hotel rooms. They met in Central America during their coverage of conflict there; and then, in the 1990s they moved to Cambodia to cover the implementation of the Paris Peace Accords, which brought warring Cambodian factions together. Then there were three years in Hanoi, where they opened the first US TV bureau in Vietnam since the US-Vietnam war; and these days they’re based in Bangkok, where they own a television equipment rental company, which deploys gear as far afield as New Zealand, Peru, Ethiopa and throughout Asia. 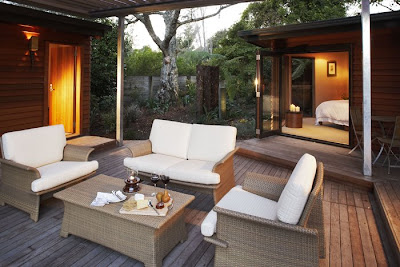 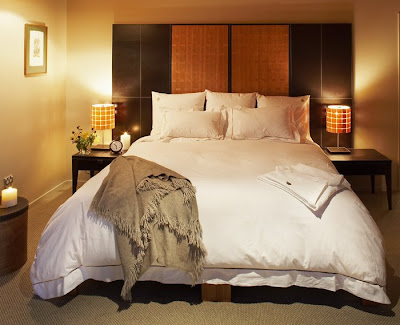 Interior Images by Deiderich van Heyningen To create River Birches, they worked with architect, David Page of the award-winning Page Henderson practice in Te Puke, taking out first place in the 2007 NZ Institute of Architects Awards. Since they opened the doors in 2006, there has been a steady stream of satisfied customers – “and they’re not all fishermen,” says Jason. “We get a lot of people who just come to chill out.” And with lodge managers Anthea Tidswell and her husband, Bill on hand to indulge guests, it’s easy to see why Travel & Leisure magazine included River Birches in its list of top hotels, resorts and spa in 2007. www.riverbirches.co.nz
Posted by Adrienne Rewi at 6:01 AM

I would love to visit someday!