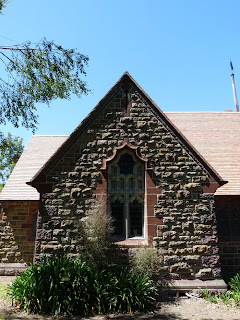 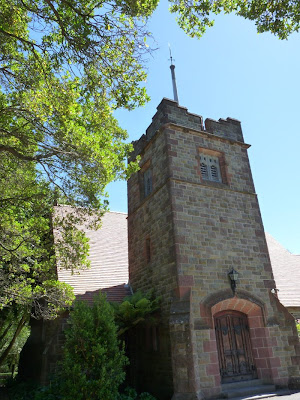 It’s Sunday again so time to reflect on a little church architecture. It was a blistering 30-degree day when the caretaker let me inside St Paul’s Anglican Church at Tai Tapu the other day. The interior air was cool, the mood serene and the atmosphere rich with the aromatic scent of Christmas lilies standing in the altar vases. This gorgeous little stone church was erected by Sir Robert Heaton Rhodes in memory of his wife Jessie. (Rhodes was the original owner of Otahuna, the magnificent homestead near Tai Tapu that now operates as a luxury lodge – click Otahuna in the label line below to see one of the best homesteads in New Zealand). The foundation stone was laid in 1930 and the church – designed by Christchurch architect Cecil Wood – now has a Historic Places Trust A listing. 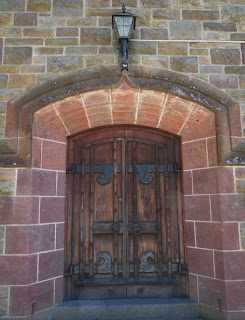 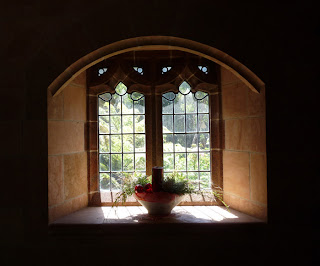 Standing on the banks of a quiet, tree-lined stream, the stone church is as pretty as a picture; but beyond that, it has a number of interesting historical features. For a start, the stone inset on the north wall – an acanthus leaf carving – is from one of the piers supporting the dome of Saint Paul’s Cathedral in London. It formed part of the rebuilding of Saint Paul’s by Sir Christopher Wren after the Great Fire of London in 1666 – and was removed in 1930. And the flintstone inset in the south wall is a fragment of stone from St Patrick’s Cathedral in Dublin, which was erected in the 13th century.
Posted by Adrienne Rewi at 7:01 AM