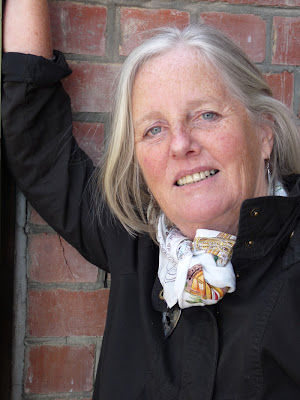 Another in the Series Meet the People – Ordinary and Extraordinary New Zealanders Doing Interesting Things – Author and poet Fiona Farrell is just back from France and brimming over with new creative ideas. Well known as one of New Zealand’s leading, award-winning writers, publishing in a variety of genres, Fiona attended the Mansfield Celebration of the 40th Anniversary of the Laureate Fellowship in Menton – a residency she held in 1995 – and while she was in France, she opened a New Zealand bookshop in Paris. Back home and straight into New Zealand Book Month events, Fiona has been taking part in panel discussions with other writers. “I enjoy talking to people who read and when you get a good chair who has read your book and you can feel the audience warmth, it’s a nice place to be. I always enjoy conversations about reading and writing,” she says. Fiona is a frequent guest at New Zealand festivals and she has also appeared at the Edinburgh International Book Festival and the Vancouver International Writers’ Festival. 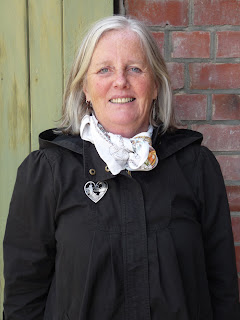 Always humble about her own achievements, it should nevertheless be noted that Fiona has won almost every major literary award available in New Zealand, including the Prime Minister’s Award for Fiction in 2007. She was also the inaugural winner of the 2006 Rathcoola Residency in Ireland and during her six months there, she crafted her most recent novel, “Limestone,” which was published in 2009. To date she has published six novels, two collections of short stories and three poetry volumes. Fiona started writing in 1987 and while she is passionate about her craft, she is equally passionate about the outdoors – making the most of the grand landscapes that surround the ‘remote’ Banks Peninsular home she shares with her partner, who is involved in running the highly successful Banks Peninsular Track. Together they frequently enjoy long hiking expeditions – most recently, the Chemin Stevenson in France, the 250 kilometre route that Robert Louis Stevenson took in the 19th century with his donkey Modestine. “I love the simplicity of that sort of adventure,” says Fiona. “Being away from the phone and the computer, thinking only about your sore feet and where you’re going to find the next coffee and pastry. I had no thoughts of writing at all during the 13 days it took us to walk the route. I like to leave myself open. It’s all about going back to basics and being purely physical.” Now that she’s home of course, Fiona does in fact intend to “write around that experience.” Watch this space. In the meantime, you can read more about Fiona’s published works on her website www.fionafarrell.com
Posted by Adrienne Rewi at 4:04 AM

I have such a crush on Fiona's writing. She's wonderful. 'Book Book' was one of the first New Zealand novels I read, and I re-read it regularly.

Hi Adrienne
My My you do wonderful work.
I still have some of your artwork.
As talented and beautiful as ever.
Regards
Philip

Well Well ...... You are still doing excellent things.
I still have some of your art work.
Philip