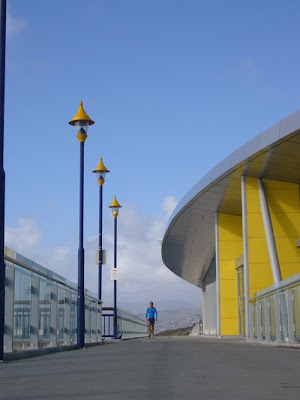 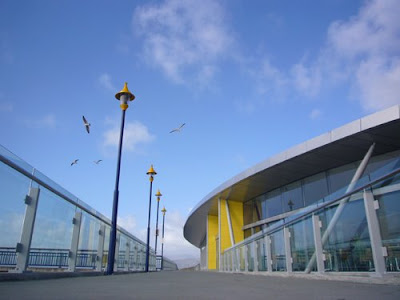 When the New Brighton Library opened in 1999 on the land end of Brighton Pier it caused a bit of a stir – for a start it was a startlingly attractive addition to a shabby Christchurch suburb that had long-since said goodbye to its heyday. Designed by Andrew Barclay and Scott Koopman of Warren & Mahoney Architecture, the award-winning building has held up well. The same can’t be said for the still-shabby suburb that surrounds it. However, I was so caught up in blue skies and shimmering architecture when I visited New Brighton yesterday that I was prepared to forgive the place almost anything. http://www.warrenandmahoney.com/ 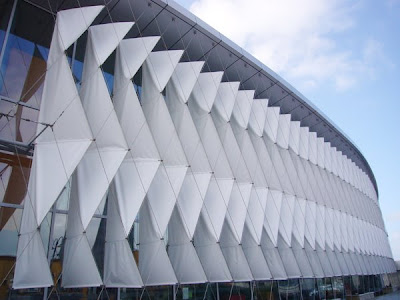 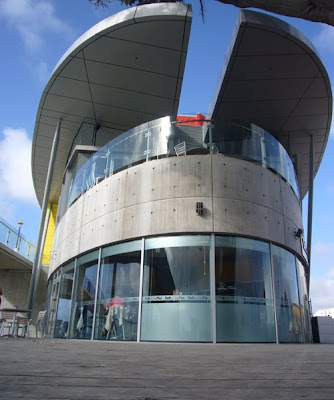 And from the front - the 'sails' that give the library visitors shade from the sun; and the boat-like view of Salt Cafe, which is part of the library complex. I took these photographs when I biked out to New Brighton yesterday.
I hope you'll take particular note of the classic Canterbury blue skies!
Posted by Adrienne Rewi at 1:55 PM