Of Sight and Sound 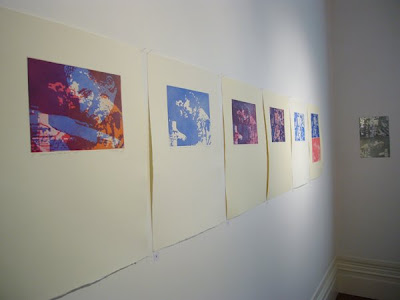 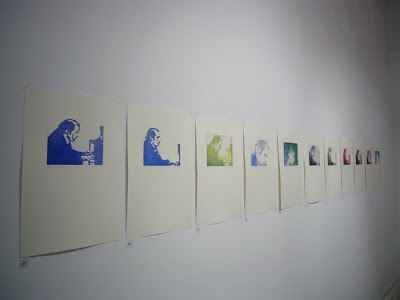 Works from "Chromatic Variations of a Theme of Glenn Gould" By Barry Cleavin. Nov. 2008 Ajr
As the late Canadian pianist, Glenn Gould’s fingers “fluttered, meandered and scurried across the black and white keys, emerging from the instrument like a story being narrated, just to him, for the very first time,” so too, have Christchurch printmaker, Barry Cleavin’s fingers scampered and darted across zinc etching plates, re-interpreting Gould’s musical creations as ‘tiny visual filaments of sound.’ It was always going to be a big ask, for surely it is impossible to represent sound in visual markings? But Cleavin is passionate about music – about Bach and the work of Glenn Gould. He listens to both as he works in his Christchurch studio and in his current exhibition at Papergraphica, he shows the etchings and aquatints that were inspired by “Extasis, Life and Times” and “The Russian Journey,” two DVDs that show archival footage of Glenn Gould playing, recording and being interviewed. There is a beguiling intimacy about Cleavin’s visual responses – layer upon layer of observation. I especially like the fact that he has included two of the original zinc plates that allude to the evolution of the colour-ways and overlays – and, best of all, act as a reflective mirror for the completed works in colour that hang in Papergraphica for another week. www.papergraphica.co.nz
Posted by Adrienne Rewi at 6:00 AM